If pilot use rudder to roll the aircraft at high AOA in the F4 Phantom then one aileron from one wing and one spoiler from other will be deflected?

I have heard that the F4 Phantom pilots can make barrel rolls at lower speed /higher AOA. They use only rudder deflection and keep the stick column centered (left /right wise)-only pull onto the belly to have the G's- to prevent adverse yaw effects. Does the spoiler on top of the wing move during the maneuver if the aileron stay neutral? The way it works for level rolls is : one side aileron deflected down but the other one is not (there is some slat(spoiler) on the other wing to assist the aileron down deflection. Is there a built in type of assistant like ailerons - rudder interconnection to help maneuvering? Or do the wings remain clean with no deflection of the control surface? 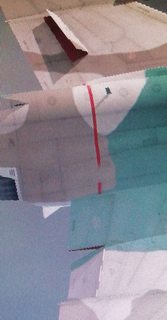 of course it depends upon the situation and the specific fighter. when maneuvering at high angles of attack and high G, I always used solely aft stick and rudder, never any aileron or spoilers input. Sometimes I would use full rudder, all the way to the stops. Other times, not so much.

A Barrel Roll is a maneuver where the aircraft flight path follows what would be the surface of a huge horizontal barrel in the sky. To do this you of course need to roll the aircraft. To roll the Phantom, no matter what maneuver you are attempting, requires that you create differential lift on the wings. (more lift on the up-moving wing than on the down-moving wing). At low angle of Attack (AOA), in any model of F-4, you use the ailerons/spoilers to do this. At higher AOA, the ailerons would induce adverse yaw, and therefore you need to create this differential lift by yawing the aircraft with the rudder (since it's a swept wing aircraft). As AOA increases above 10-12 units, the pilot needs to blend in more and more rudder, and less aileron, until at high AOA (19 units in early non-slatted aircraft like F-4B/C/D), he is using rudder exclusively. In later slatted aircraft (USAF F-4Es, F-4Js, USN F-4J/S, etc.) this effect was somewhat mitigated by the slats (they energized the airflow over the top of the wing), and the pilot could use some aileron throughout the AOA range, (but still less and less as AOA increased), all the way to 25 units AOA.

As to your other question about slat deployment, this happened automagically, based on AOA, at about 12-14 units AOA as I recall. And then would retract when AOA fell below 10-12 units... No pilot input was necessary.

NOTE. (to address comment made in the question relating to photograph). The F-4's ailerons did move up slightly when the stick was deflected towards that wing, but at high AOA, the aerodynamic effect was negligible due to the wing blanking the airflow back there. SO the F-4 also had spoilers on the top of the wing that would deflect upwards as well, both to decrease the lift on the wing and cause a roll in that direction, and to add drag on that wing to balance the drag from the down aileron on the opposite wing. The control surface deflected on the upper wing in the photo is the spoiler, caused by the pilot pushing the stick to the left.

The following is from the USAF F-4E flight Manual: 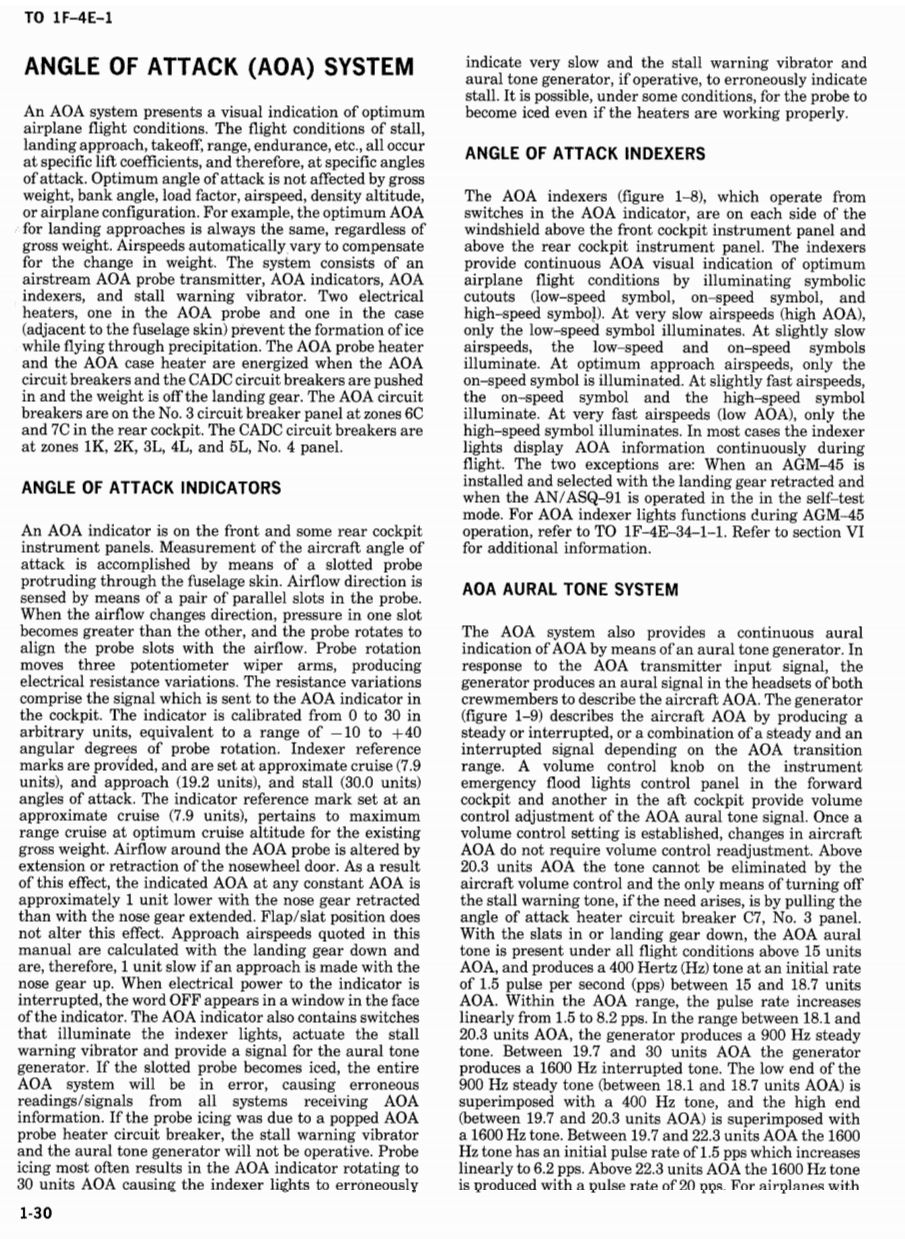 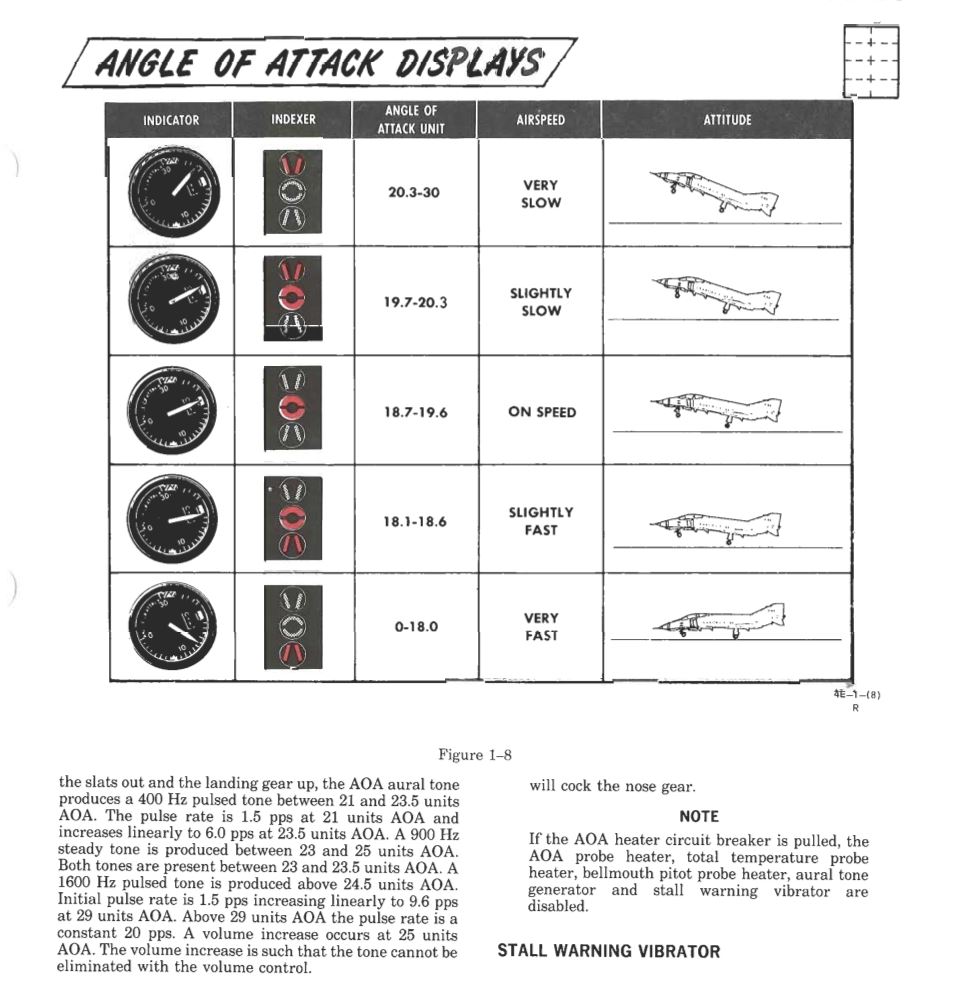 They are 3 different ways to roll an airplane:

First the barrel roll during which the airplane is flying normally, you are keeping positive g rate and using ailerons to induce the roll. The trajectory is making a wide spiral and you use rudder input to keep the symmetry of the flight.

Second the aileron roll, where the aircraft continues in a straight line and your airplane is almost rolling on itself, the roll rate is dependent on your ailerons input and you use rudder to displace the nose of the aircraft around the central axis by mostly crating lift when your roll position is equal to 90 or 270°. 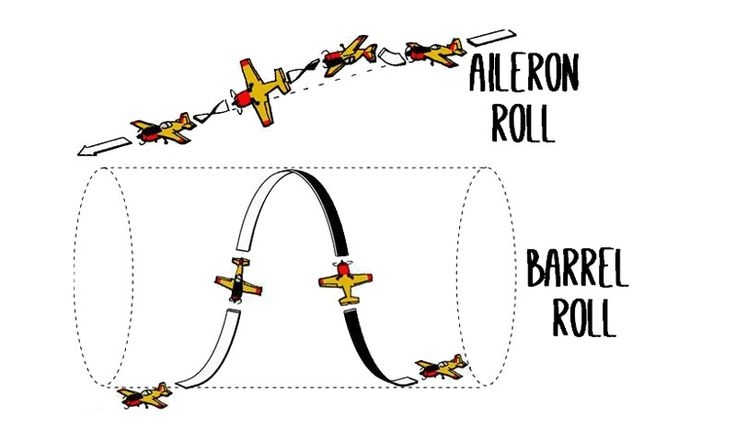 Finally and that is what you are describing is the snap roll or flick roll. Which is basically a horizontal spin. flying low you simultaneously apply full rudder deflection and pull the yoke. This means you have high AOA and non symmetrical flow inducing a spin by stalling one of the wing. But you have enough forward momentum to continue in a straight line, thus making it looks like a roll. Once the snap roll initiated, some aileron might be needed to either keep or stop the rotation but as for a normal spin this might change from one aircraft to another.

Not the answer you're looking for? Browse other questions tagged aircraft-design aerodynamics military pilot-technique aerobatics or ask your own question.

30
What is the difference between a barrel roll and an aileron roll?

8
Just how do the underbanking and overbanking tendencies work?
2
In F-16 the pilot or FLCS , use the rudder to address the adverse yaw effects in direction of roll during an aileron roll? or opposite way?
1
Why do oblique-wing aircraft suffer from significant aerodynamic cross-coupling?
5
When a paraglider pilot applies brake on one side and maintains the brake pressure, why does the roll rate eventually come to zero?
5
What, if any, would be the most correct term for the aerodynamic flight control surfaces of SpaceX's Starship?