Why are the 737's variable-speed generator drives so unreliable?

The 737 Classic has two different possible styles of engine-driven generators, distinguished by the generator's drive mechanism: the constant-speed drive (CSD) and the variable-speed constant-frequency drive (VSCF).

The original VSCF drives were very unreliable, failing roughly three times as often as the constant-speed drives. A 2001 modification programme by Boeing and the generator manufacturer improved this somewhat, but the generator drives remained unreliable enough for VSCF-equipped 737s, even those with modified drive units, to be subject to stricter limitations than other 737s (the United Kingdom's CAA requires them to remain within 45 minutes' flight time of a suitable airport, even if only one of the generators is VSCF-driven and the other has the reliable constant-speed drive; I don't have information on whether other regulatory authorities have similar limitations for VSCF-equipped 737s).

Why are the 737's variable-speed constant-frequency generator drives so much less reliable than the same aircraft's constant-speed drives?

@Jpe61 is correct in his comment that it's likely an electronics issue, since indeed a VSCF is mechanically simpler.

The F/A-18 utilizes cycloconverters, while the aforementioned civilian applications utilize DC-links (possibly the voltage-source inverter type based on this patent by Sundstrand, the makers of the 737 unit).[3]

... when electrolytic capacitors are used, in the case of a voltage DC-link, there is potentially a reduced system lifetime (Wikipedia: AC-to-AC converter § DC link converters).

Your link says "the failure rate was just over 1 every 2,000 hrs". The 2,000 hours match the lifetime graphs in the article linked above (shown below). This being the culprit is supported by a paper on aircraft power generation:

The VSCF systems, apart for some noteworthy exception previously mentioned [referring to the F/A-18 and F-117A], did not get the same level of diffusion of IDG systems. This can be safely attributed to the role played by the PEC [Power Electronics Converter] (either ac/dc or ac/ac), which processes all the generated power and represents a single point of failure. Therefore, the PEC needs to be designed for the full-power rating and with high reliability requirements.[4] [emphasis added] 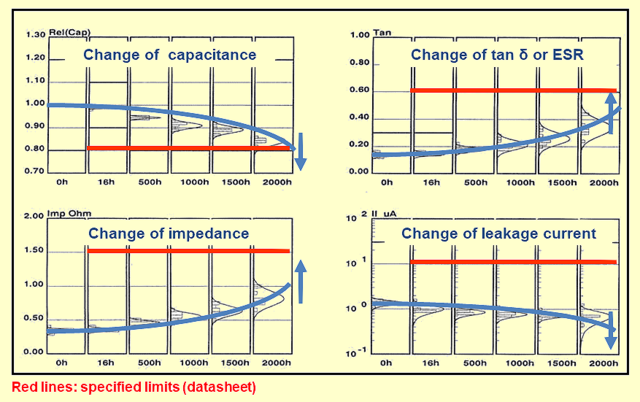 Once you lose a generator, say running at 0.35 load, the other needs to pick up the slack and run at 0.7 load. The CAA's imposed limitation despite the redundancy tells us they don't trust the VSCF at high loads. 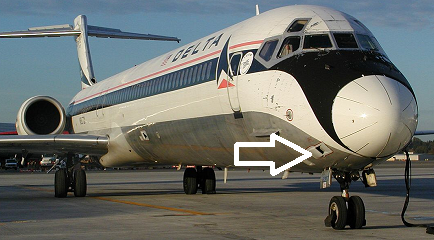 One feature on the MD-90 is the air scoop for cooling the VSCF components. The more electronics are used, the more intricate cooling is needed (you can't just dip them in engine oil).

There's an official Honeywell video on installing the MD-90's VSCF with hints at improper maintenance practices, which would be a headache for an airline since the system is very niche with different tolerances.

Note that the technology hasn't become obsolete, at least academically: a 2017 paper proposes a "novel DC-Link VSCF AC-DC-AC" for the Embraer 190/195, from which:

Problems existed with the older VSCF systems in the past; however, the switched power electronics and digital controllers have matured and can be now, in our opinion, safely integrated and replace existing constant-speed hydraulic transmissions powering CSCF AC generators.

Not the answer you're looking for? Browse other questions tagged boeing-737 electrical-system reliability accessory-drives or ask your own question.

50
Why are the Boeing 737 nacelles odd shaped?
5
Why are the 737 trim wheels located so close to the seats?
8
Why are 737-200 engines more susceptible to separation?
12
Why are there vortex generators under the Boeing 737's cockpit windows?
19
How does the A350/380 operate on Variable Frequency AC generators?
33
Why don't 747s use unreliable, but cheap, jet engines instead?
5
What is the “off-side engine generator” on an A320?
15
Why are piston engines so unreliable in airliners?
11
Where are the grounded 737 Max planes being kept?
5
When was the Speed Trim System implemented on the Boeing 737?