What is the meaning of the 'XX' in amber below the 1 (in green) within the Slat Flap Trim section on the A350 PFD when the flaps are set to 1 with the correct speed (below 255kts)?

See picture attached. If the flaps would have failed, it would indicate XX without the 1. So, what else could this XX indicate? 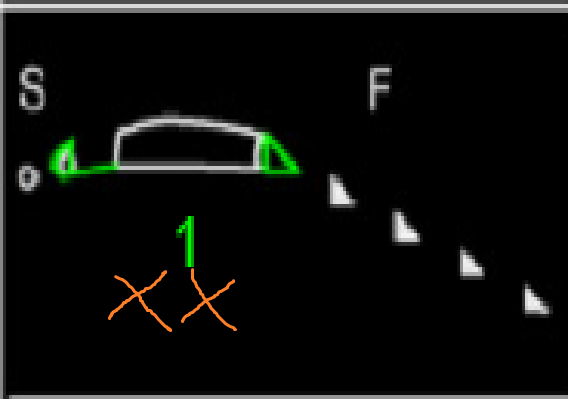 Edit: As per FCOM, there is no mention of amber XX indication for flap lever position at all. Checked in a simulator that total computer failure will not cause indication to turn XX.

Thats your landing gear indication. The display unit is not receiving data for it. Normally when the gear is up nothing is shown.

Not the answer you're looking for? Browse other questions tagged airbus-a350 slats or ask your own question.

18
Why is Airbus proceeding with both the A330neo and A350 XWB?
4
What is the relation between flap setting and aileron droop on the A350?
2
Would adding a slat and a slotted flap increase the max CL of a multi element airfoil to 6.5?