It is possible for an airplane to get infested by animals?

Is it possible for an airplane to become infested by animals like mice or rats?

Is it possible for them to survive?

Do airliners do anything to prevent a scenario like this?

Has it ever happened before?

Yes, I have personally worked on multiple aircraft that were infested by animals.

All of these aircraft were small planes, single engine Cessnas for example. A typical example would be one or two small mouse nests in the wings. I also found at least one wasp nest in an aircraft wing.

The worst I ever saw was a Mooney that had extensive mouse nests throughout the airframe. That aircraft had been unairworthy for at least a year by the time I saw it.

That Mooney ended up being parted out and scrapped, largely because of extensive corrosion in the wings which was either caused by, or aggravated by, the mouse nests. Urea can induce corrosion in aluminum, and finding a mouse nest or other evidence of rodent activity should prompt closer inspection. All the other instances of mouse nests that I have found in airframes were in aircraft that flew several hundred hours a year and these did not suffer any major damage.

I have also heard stories from many pilots and mechanics of finding birds nests—for example in engine intakes or the empennage—and of rodents chewing into or through electrical wiring. There is also the classic warning to check the pitot tube in case a mud wasp has clogged the intake with a nest. I have never witnessed any of these occurrences myself.

The mud dauber wasp is notorious and is suspected of being a contributing factor in at least one fatal airline accident that I am familiar with: Birgenair Flight 301. 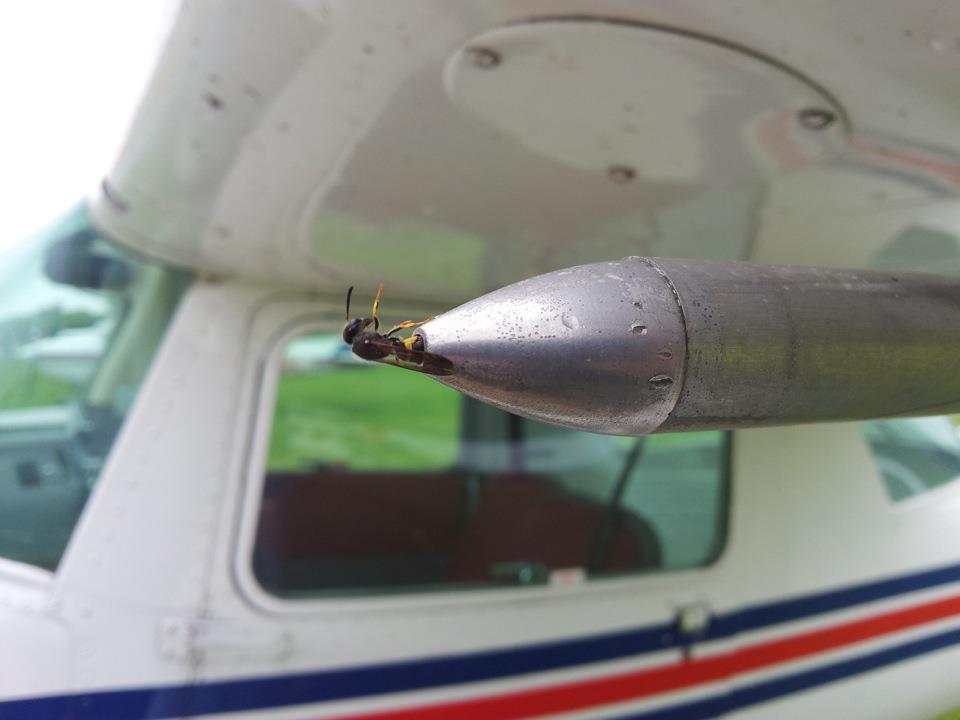 Many means of prevention are available, including typical pest prevention methods such as traps and poisons—in my experience all reserved for use in the storage hanger. The most aviation specific forms are the various covers used to protect pitot tubes, engine inlets, etc. 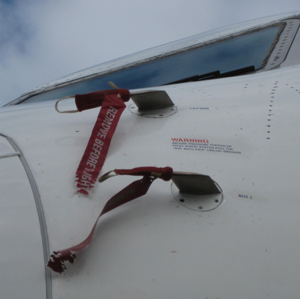 As far as the possibility of animals surviving, I suppose the odds are low. I have never encountered a live animal in an airplane (pets excepted). For any animal stowing away on a pressurized aircraft operating at high altitude I should think the low oxygen partial pressure and temperature would both discourage survival outside the pressure vessel.

Some flights, particularly international ones, apparently make a practice of spraying some form of pesticide in the cabin to kill mosquitoes and other unwanted creatures.

Yes! As Jonathan Walters stated in his excellent response, this is entirely possible. I can't say which airline I work for, but last summer we had a rash of aircraft (I think 5 in one week) that had rejected takeoffs or air turn backs for erratic airspeed indications. As it turns out, those nasty little dirt daubers (mud wasps?) loved the height of the pitot probe on this particular type of aircraft, and the diameter of the entry hole. They were quick too as standard procedure was to pull the covers off 1 hour prior to flight.

I've heard of mouse and rat infestations, but have been fortunate enough to never have had to work on an airplane with such a problem. Again, as Jonathan Walters pointed out, they will chew through wiring like it's their favorite food, from what I'm told.

As an aside, the standard operating procedure for animal infestations (inside the pressure vessel) is to close the aircraft up entirely and fill it with an inert gas (nitrogen, I think) - depriving any animal in the aircraft of oxygen. As I recall, the process isn't quick, but it is very effective.

Finally, sharing a funny story... About two years ago, a plane came in with, I kid you not, a writeup for "Snakes on the plane." Somehow, I'm not quite sure how, two baby pythons managed to get into the aircraft. This, of course, cascaded into every possible Samuel L. Jackson quip and quote you could possibly imagine about snakes being on an airplane. I'm not entirely certain how the flight crew discovered it, but I must admit, if there was a cockpit camera, we would have surely reviewed the tape on that one!

It is not only possible to survive, it makes their life more comfortable.

I know of several gliders which were taken over by mice. One I cleaned out myself, a Grob 103 Twin Astir. The mice went up through the opening of the tailwheel, climbed up the whole length of the vertical tail and made the inside of the horizontal tail their living room. The small compartment at the nose of the tailplane, which is separated from the main volume by a web, became their restroom.

But they did not sleep on the bare glassfiber. They went up into the cockpit and gnawed on the seatbelts to extract fibers for their nests. I had to replace the seatbelts, but I doubt I got all of the nesting material removed from the hard-to-access inside of the tail. At least the "restroom" was easy to clean ...

The mice moved in in late fall, after we had parked all gliders in a hangar for the winter break. I discovered the infestation only in spring, when I checked the airplane for flightworthyness.

16
Is it an overkill to request to see airplane maintenance logs at a new flight school?
16
What are the must-checks for purchasing an airplane?
6
Do Freon gas leaks occur in Airplane conditioning systems as well?
3
How do I paint an airplane with an electrostatic paint gun?
3
HSI KG 525 PNI non slaved or only slaved?
1
Is it possible for a Citation Jet not to have an APU or AIR COND?
10
Can civilians who buy ex-military fighter jets get the necessary maintenance information for them?
2
How to literally take the wing off a single engine Beechcraft-style airplane?
1
Can a certified mechanic ground my airplane?