Is the Brodie landing system still in use somewhere?

The Brodie system was a method for taking off and landing without a runway, circa 1945. The landing or taking off aircraft was hung on a wire held at the appropriate height:

It could be used on a ship too:

Two advantages of this system: Easy to conceal and capacity to operate to/from areas unsuitable for an airstrip.

This system seemed promising, especially for armies, but I never heard of subsequent use. Why was it discarded? or if it wasn't, what application do/did exist following this WW2 experimentation?.

I'm not aware of the Brodie landing system used anywhere now. The system was actually a response to the pressing problem of non-availability of escort carriers in required numbers, similar to the British CAM ships, that launched hurricanes on one-way missions. The only difference being that the aircraft could be retrieved here.

The main advantage of the system is its ability to operate from (cargo) ships and LSTs, which became less important as the war progressed and more and more aircraft and escort carriers became available. There were some disadvantages too- it required certain skill from the pilot for landing (especially if installed in a jungle or on the top of a building). Also, a 600' cable between two 65' posts can hardly be called small (and as @ymb1 noted, it is hardly practicable for larger aircraft).

Helicopters serve the same purposes- operate from anywhere with much heavier payloads and in non-existent airstrips routinely.

However, similar systems are used for retrieval of small UAVs. For example, the Boeing Insitu ScanEagle uses a similar system of retrieval (though the launching system is different). From uavglobal.com:

ScanEagle needs no airfield for deployment. Instead, it is launched using a pneumatic launcher, patented by Insitu, known as the “SuperWedge” launcher. It is recovered using the “Skyhook” retrieval system, which uses a hook on the end of the wingtip to catch a rope hanging from a 30-to-50-foot (9.1 to 15 m) pole. 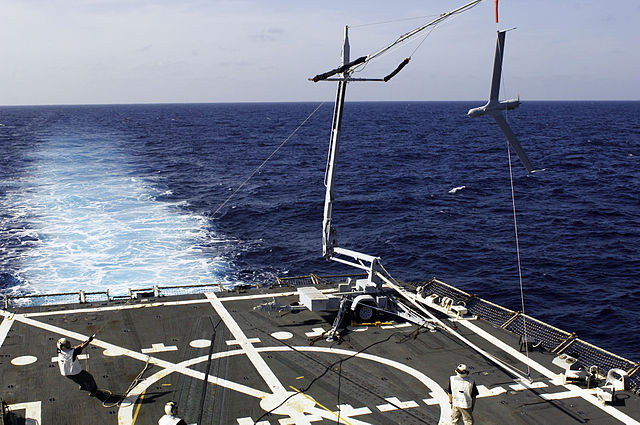 There are patents for a number of similar systems (eg 1,2 and 3). Interestingly, Insitu calls its skyhook system:

... the first capture system to eliminate runways and nets

Apparently, they didn't get the memo.

My Uncle worked on installing this system in India, Digri in July 1945. First problem was the tensioning of the wires which caused the pylons to buckle. So they found a new location and this time the wire anchors to the pylons pulled out of the ground due to ground conditions. In the end it was deemed a failure, was packed up, loaded on a train and never heard of again. I do remember him showing and instruction book on the system may years ago. He's passed on so whether is wife has that I don't know.

Not the answer you're looking for? Browse other questions tagged landing takeoff aircraft-operations or ask your own question.

3
Is the ILS CAT III system the most complex landing system available?
17
Is it still "landing" in a seaplane?
22
Why does the U-2 use a chase car when landing?
1
Why does an aircraft use less fuel while landing as opposed to takeoff and climb?
14
What would be the challenges to taking off and landing a typical passenger jet at FL300?
3
How does the Airbus auto takeoff system work?
1
How do I use the takeoff and landing distance charts in the C172 POH?
8
Could an airliner abort a landing after using the brakes system while landing?