How is the pushback tug connected to the airliner?

If I understand correctly, there are two way to connect a tug: with or without a bar; and the tug can push back or pull forward the airliner.

You're correct that there are two ways to connect the tug with an aircraft. 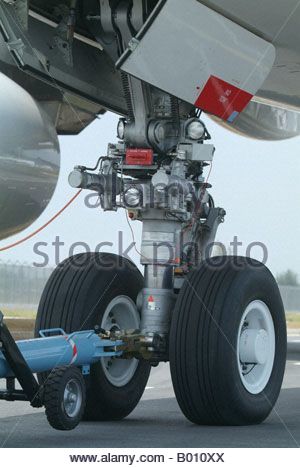 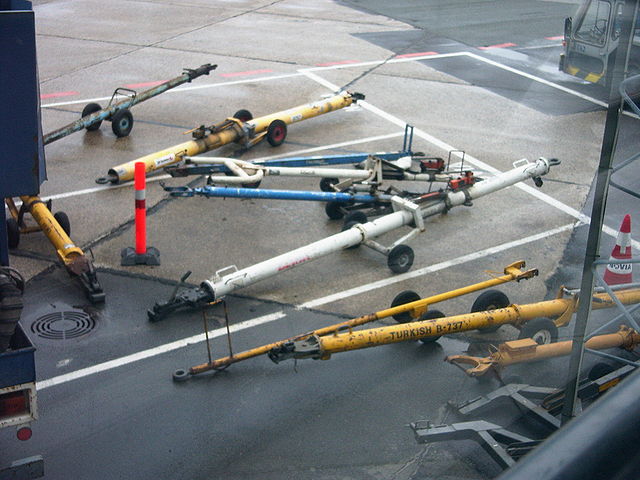 "Pins for pushback". Licensed under Public Domain via Commons.

When using a towbarless tug, the nose wheel is simply scooped off the ground using hydraulic (for large aircraft) or electric power. The tug has a movable arm, which is opened and the tug is moved and placed so that the nose wheel fits inside the fixed arms of the tug. The movable arm is then closed. The movable arm and the opposite side has sloping edges, over which the wheels slide and the nose is lifted off as the arm closes due to hydraulic power.

This video shows how its done in case of Airbus A380.

Video from Youtube: How to lift up the world's largest commercial aircraft the Airbus A380. by user Kasavubu

The nose wheel dimensions and aircraft weight do matter and tugs are certified for different ramp weights.

As mentioned there are two ways used for pushback: towbar and towbarless (TBL) push trucks.

There is a third way that is not as common: the Power Push Unit (PPU). 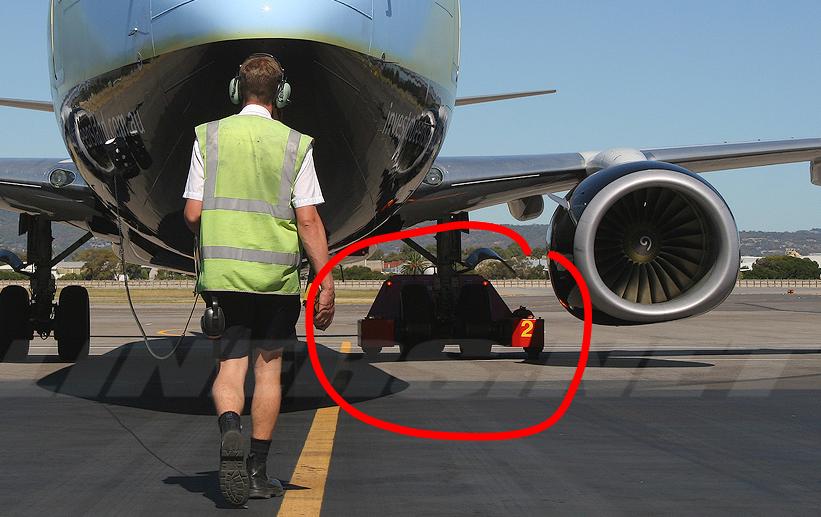 Unlike the standard pushback process that uses a pushback truck and a towbar attached to the nose wheel, the PPU is a remote controlled truck directly attached to one of the main landing gear bogies. It pushes the aircraft backwards and the pilot steers the nose wheel based on the instructions of the PPU operator.

Based on one company, the way it works is via "pressure rollers [that] grip the tyres. Rotational friction forces drive the aircraft's wheels."

Not the answer you're looking for? Browse other questions tagged pushback or ask your own question.

10
How are pushbacks coordinated between the pilot and the tug?
26
What item is a pushback operator holding up after pushback?
10
What is the process to disconnect ground electric power before pushback?
39
What are the advantages of towbarless pushback tugs?
3
How fast can pushback tugs actually go? (maximum possible speed)
12
Can anyone identify this 1970s Mitsubishi pushback tug?
7
Is there a minimum number of people needed for an aircraft pushback?
2
What is the minimum number of people required to manually pushback a 747?
1
After an aircraft releases the parking brakes, can the pushback vehicle's brakes hold it in place?