Why is the 777 fuel burn rate graph U shaped and skewed to the left?

I don't know math or physics. If I misuse terms, just edit my post, thanks! Presuppose a normal uneventful flight, such that as the plane climbs and cruises, the pilot reduces engine thrust to 69%-97%. Presume the pilot never needs to increase thrust for long periods.

I don't understand the explanation in this YouTube video. Why does the graph have a local minimum at 2000-3000 nm. Why's it concave upward? 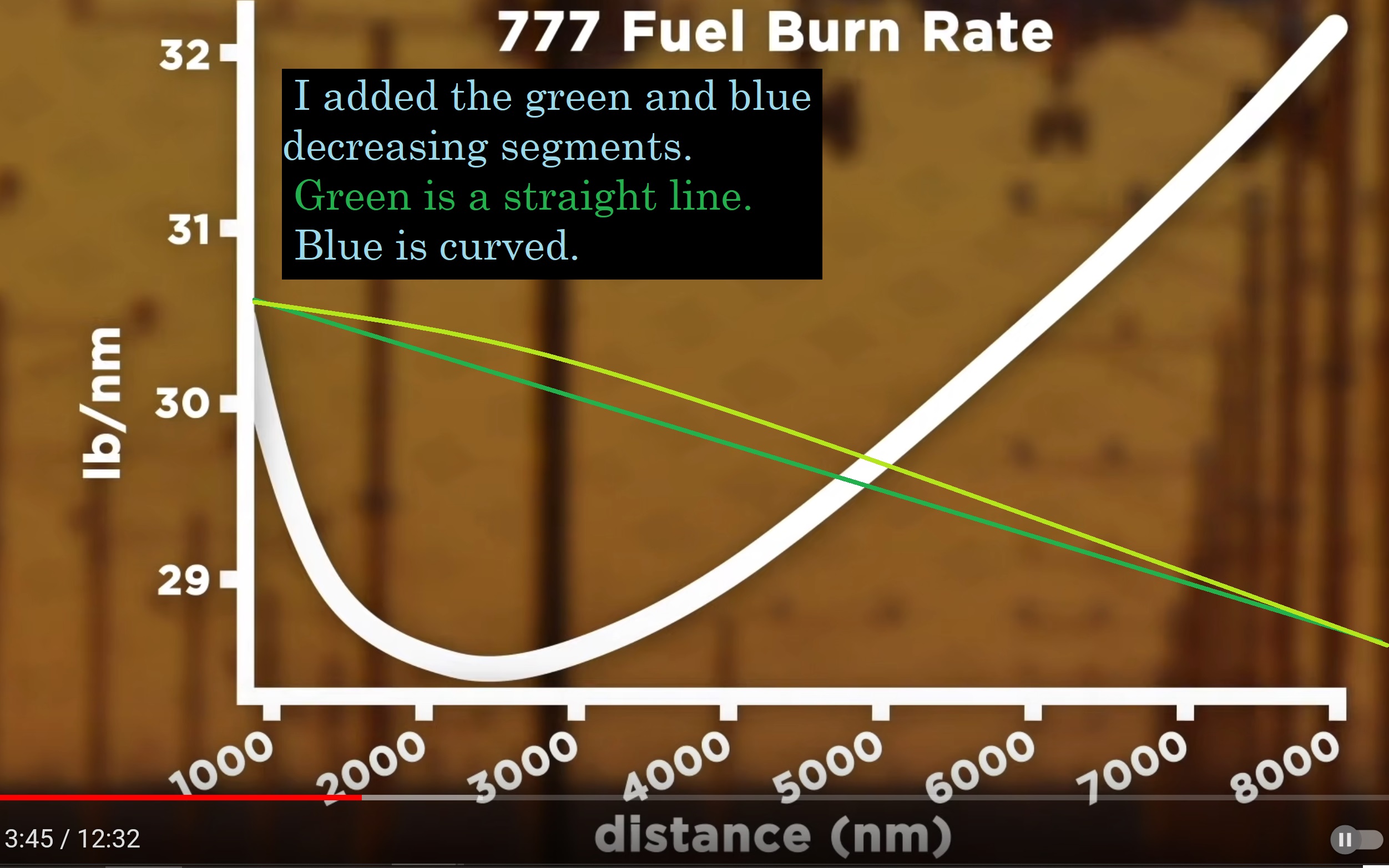 What does the graph show?

Why is it going up towards shorter flights?

For short flights (less than ~2500 NM for the 777), the takeoff and climb to cruise altitude are a larger fraction of the total fuel required. Since the aircraft has a higher fuel flow rate during the climb part compared to cruise, this will increase the average fuel per distance figure. The longer the flight gets, the less important is the climb. Therefore, the average fuel per distance is initially decreasing with flight distance.

Why is it going up again for longer flights?

The problem here is that you have to carry the fuel for the entire flight, which makes the aircraft significantly heavier. This is not an issue for short-haul regional airliners, but for long-haul flights the fuel weight can be enormous. E.g., the 777-200LR has a max. fuel capacity of 145 t, which is about equal to its OEW (Operating Empty Weight).

At what distance this effect starts to dominate over the first one (and average fuel per distance then increases again), depends on the aircraft (and actual payload). For the 777 it seems to be at about 2500 NM.

Not the answer you're looking for? Browse other questions tagged boeing-777 fuel-consumption or ask your own question.

8
Why does the optimum cruise altitude depend on the weight of the airplane?
6
What throttle setting does an airliner use while cruising?