Why is fuel usage discussed per time, not per distance?

I don't understand why sometimes the fuel used for a flight is discussed in terms of fuel used per time.
I think I have seen it a couple of times here - not sure whether it was in some common context.

I would think that it's much more relevant how much fuel is used per distance in almost every respect, except designing engines.

As an example, this answer to the recent question How do you compare private jet and commercial jet efficiency? uses "x/hr USD" as in "Hourly fuel costs for a private jet can run from 800-2000/hr USD." I'm sure I noticed similar cases a couple of times.
It's fuel cost per time, instead of fuel weight or volume, but that does not make a difference in regards to the question.

Maybe there is a reason based on some "tradition"?

A pilot may not readily know their groundspeed (it can be quite different from airspeed), but at a given power setting they know an engine will burn a specific quantity of fuel per unit time, therefore fuel consumption is generally expressed that way (in gallons per hour or pounds per hour), and if they know how long they've been flying they can reliably estimate how much fuel they've burned, how much is left in the tanks, and how much longer they can keep flying before running out of fuel.

To illustrate why this is superior for flight planning consider the following (extremely simplified) flights fitting the following profile: 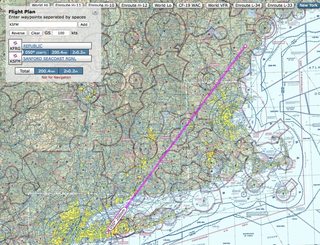 Scenario 1: No Wind
With no wind the flight will take two hours to complete. The groundspeed is 100 knots.
The aircraft will burn 20 gallons of fuel.
The fuel efficiency is 10 miles per gallon.

In this scenario we land with 5 gallons of fuel left in the tank - that corresponds to 30 minutes, which is the minimum legal reserve for day VFR flight per FAA regulations.

Scenario 2: 25 Knot Headwind
With a 25 knot headwind the flight will take about 2:40 minutes to complete.
The groundspeed is 75 knots.
The aircraft will burn 27 gallons of fuel.
The fuel efficiency is 7.5 miles per gallon.

In this scenario we run out of fuel 2:30 into the flight. Running out of fuel is generally considered to be a Bad Thing: The passengers complain, and the FAA asks a lot of uncomfortable questions.

Scenario 3: 25 Knot Tailwind
With a 25 knot tailwind the flight will take about 1:40 minutes to complete.
The groundspeed is 125 knots.
The aircraft will burn 16 gallons of fuel.
The fuel efficiency is 12.5 miles per gallon.

In this scenario we land with almost an hour of fuel still in the tank - a very comfortable reserve.

On longer flights, and in slower aircraft, the effects of wind can be extremely pronounced, and a 5 or 10 knot difference from the forecast winds can mean the difference between arriving at your destination or having to add a fuel stop.

It’s an interesting question. Most calculations that pilots do are based on fuel flow per hour. Several regulations include these types of calculations as well: you must have a fuel reserve for (say) 30 or 60 minutes beyond your final destination.

For some questions, eg comparing a small plane to a car in fuel economy, fuel per distance is interesting.

But, some other reasons why fuel per distance may not be as useful as fuel per hour:

These are just a few. I guess neither fuel per hour nor fuel per distance is useful by itself—it depends entirely on what you want to compare.

As explained in other answers, fuel/time is better for planning, but now let's move to the cockpit!

Fuel/time is easily and accurately measured by the vehicle instrumentation and, as a plane throttle is mostly kept fixed, the value won't change much allowing you to use it to do estimations. A very convenient one is the residual flight-time: this tells you how much you can wait for landing and how much this wait will cost. From the fuel/time is not hard to get the range of autonomy once you know the ground speed.

Fuel/distance, instead, will make your life much harder if you need to know how much you can wait above an airport!

On the contrary, driving a car you want to know how far you can get to reach a gas station, not for how long you can drive around it, that's why fuel/distance is much better in this case.

For a given amount of fuel, the engines will only run for a certain amount of time. Distance is irrelevant. If you circle going nowhere for one hour, you've still consumed one hour's worth of fuel. If your airspeed is 100 knots and flying into a 100 knot headwind, you're still consuming fuel even though the distance traveled is 0.

Technically, the best metric would be fuel flow, per weight. For a simple answer, you burn far more fuel when you're heavier, than when you're lighter.

5
Why is fuel quantity expressed in flight hours
20
What aircraft could make non-stop transatlantic flights in 1958?
4
How do you compare private jet and commercial jet efficiency?
11
Are there any regulations about the distance between destination and alternate airports?

11
How much time it will take a B787 to fuel completely when empty?
9
Are tripropellant jet engines a viable way to increase fuel efficiency for large commercial airplanes?
23
Does electrical usage contribute to fuel consumption?
43
Why is water-contaminated fuel bad, but water-injection is not?
1
How to model aircraft fuel consumption during the approach?
6
Is there a "pounds per hour" reading that could have signaled the fuel leak to the pilots of Air Transat 236?
0
What is the fuel consumption per mile for a full CEO A320?