I screenshot 1:00 of a 480p YouTube video. The autopilot proclaims Minimums at 1:01, and the pilot flying decides to go around at 1:02 because an A318 was still on the runway, but I can't spot it, or any airplane, on the runway in the video! Can anyone? Or does anyone possess this video at a higher resolution? 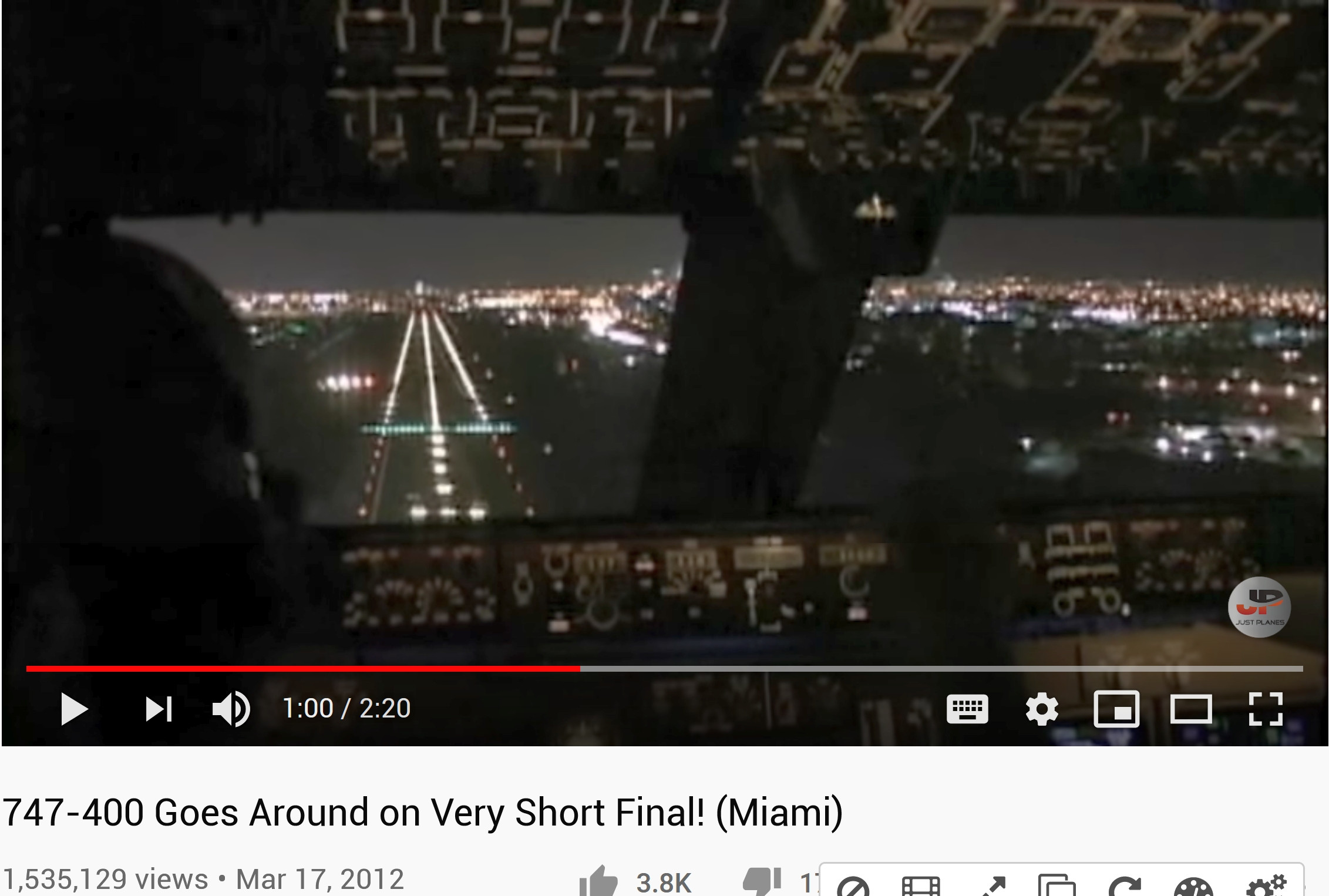 Look for the blinking light in the center of the runway

Sorry for the turbulence. :)

The pilot already knows about the conflicting aircraft before it is visible.

Your question pre-supposes that the pilot flying can see the aircraft on the runway, but that may not actually be the case. The PF is already aware from ATC that there is a occupation conflict and the radio is too garbled at the crucial moment to know who made the call.

At about 00:18 the controller warns the inbound flight:

Advisory, traffic is just touching down, continue for runway 09

He then advises the landing traffic about the inbound flight:

[muffled] 307, traffic is short final, if you can't make this left turn [off the runway] expedite to the next one

The call goes unacknowledged and he asks the occupier to again get off the runway:

[muffled] 307, expedite to the next left turn, no delay, traffic on short final

After the "+100" call, the controller calls the occupying aircraft again, who finally acknowledges:

OK, I will make a left turn

By this time it's way too late for the inbound but the radio is too scrambled to tell who makes the call. Either way, that's the point that the go-around is initiated.

Around 0:50 you can (barely) see the white strobes flashing on both sides of the centerline about 1/2 way down the runway. But video like this, at night, isn't going to have much of anything visible that isn't a fairly high intensity light source. Even with the pilots' vision, the A-319 unlit and a mile or more away would be hard to see; catching occluded centerline lights might be your best bet. With as much background light as there is here, steady position light wouldn't be much help. Strobes are a big help - and they're much more visible to the eye than they are in this video.

As other's have noted, there are strobe lights just about visible on the centre-line, but the go-around wasn't specifically because this crew saw the other aircraft on the runway. They went around because they hadn't been cleared to land by the time they got to "minimum's" (the decision point whether to land or not). At about 0:28 they were told "you're traffic's just touching down, continue for runway niner" - so they've been told to continue the approach, but they don't have permission to land. As soon as the other aircraft cleared the runway, the controller would have specifically said "cleared to land". But they got to "minimum's" first, so without clearance to land, they have to go around.

Not the answer you're looking for? Browse other questions tagged go-around or ask your own question.

23
What's the difference between a balked landing and a go-around?
10
Are conditional line-up clearances still valid if the referenced traffic initiates a go-around / missed approach?
3
Is the Runway Visual Range (RVR) communicated to the pilots?
13
What is the difference between a go-around and a missed approach?
0
What is the correct go-around procedure in a PA-44?
6
Why does the 737 auto-land trim up at around 400 feet RA?
2
Is there an order for the instructions of a go-around?
5
In aircraft where the thrust reversers are not locked out when airborne, is it permissible to go around after reverser deployment?