Can a plane with air-breathing engines in level flight achieve enough velocity to make a single orbit?

Can a plane with air-breathing engines achieve a high enough speed in level flight such that it reaches orbital velocity? The idea being the plane could use the fuel in its tanks and the air in the atmosphere (at whatever altitude makes the most sense) to gain enough kinetic energy that the plane could then "climb" to an orbit. This would be similar to a zoom climb, but resulting in the plane entering a stable orbit. The plane could burn its engines until flameout as it ascended through the atmosphere. At that time it'd be dependent on kinetic energy alone. The engines, fuel tanks, and other equipment for air breathing flight can be jettisoned at this point if need be.

For the purposes of this discussion, orbit is defined as a trajectory having a minimum altitude of 100 kilometers. Once at this altitude, the vehicle would need to be able to make at least trip around the Earth without requiring additional delta-v from any onboard source. If the path taken was highly eccentric or even whatever it's irrelevant to this discussion as long as the minimum altitude is maintained. There is no requirement for re-entry at a specific location or even that re-entry is survivable by the craft.

The craft could use esoteric materials, fuel sources, engines, and even construction so long as those have been used in at least one prior sub-orbital flight.

If the plane needed a Reaction Control System to control its trajectory once it reaches high altitude this would be acceptable. These systems don't have enough thrust to actually send the plane into orbit.

Currently the altitude record for a jet is 37,650m (This is a zoom and climb record, not sustained flight).

Ralph J sum up the issue pretty well, but let me add some data:

Ramjets are the kind of engines that looks the closest to what you want to achieve. They top out at 2km/s Orbital speed would be 7km/s. And that's with a minimal payload.

There is an inextricable issue with forgoing O2:

Lastly; to achieve an orbit, you need a circularisation burn, that can only be done outside of the atmosphere.

The lowest point of your orbit cannot be higher than the lowest burn performed. Using only atmospheric O2; your orbit will be bound to reenter on achieving your first revolution.

(If you intend to achieve escape velocity however, this is not an issue anymore).

This has long been a desire of the aviation community; in fact, at the beginning of the space race the Air Force side tried to get to space using planes. That led to scores of studies on reentry vehicles and culminated in the X-15 program.

On the other side were the Army guys who got substantial help from other Army guys (on both sides of the Iron curtain). Ironically, those other Army guys first wanted to offer their rocketry to the Luftwaffe, but there it was perceived as hopelessly inefficient.

The main problem in achieving speeds in excess of Mach 4 with air breathing propulsion is to slow down the air enough so it can be heated, usually by combustion. Slowing down air will heat it up, so the trick is to slow it down only somewhat so the heating stays limited and leaves enough margin for combustion. Unfortunately, there is always some air which is slowed down to a full stop and heated to the stagnation point temperature, which rapidly exceeds the limits of known construction materials above Mach 5, so active cooling is required.

With a cryogenic fuel a lot of heat can be absorbed, and there are plans to design engines which cool themselves and the incoming air in order to reach close to orbital velocity. The last step in those plans is covered by a pure rocket, however. The switchover from air breathing to pure rocket propulsion in that case has been set at Mach 5.4 and 26 km altitude. 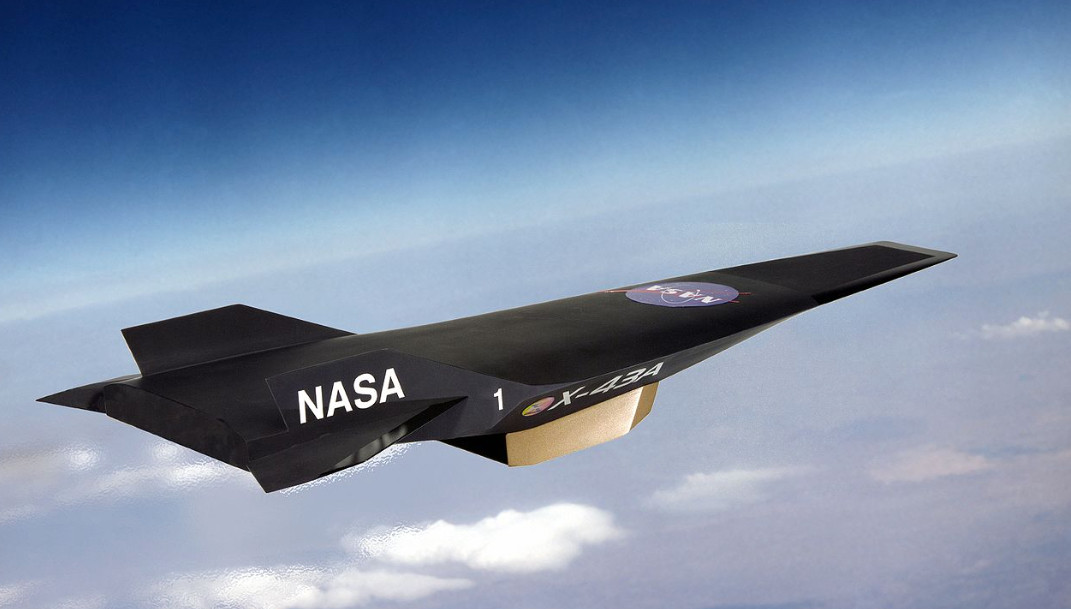 Scramjets only work from M 4.5 onwards, so if you were to use only air creating machines you would have to start with a turbine jet, then from M 2.5 onwards a ramjet, and then a scramjet - and then you're only 25% of the way speed-wise. However, a platform built like that would be useful for bringing larger payloads into orbit than with rocket engines alone. There seems to be no escaping rocket engines in the foreseeable future though.

Not the answer you're looking for? Browse other questions tagged hypersonic or ask your own question.

60
Why can't jet engines operate with supersonic air and how do they slow it down?

5
Is hypersonic flight possible with a Busemann's Biplane?