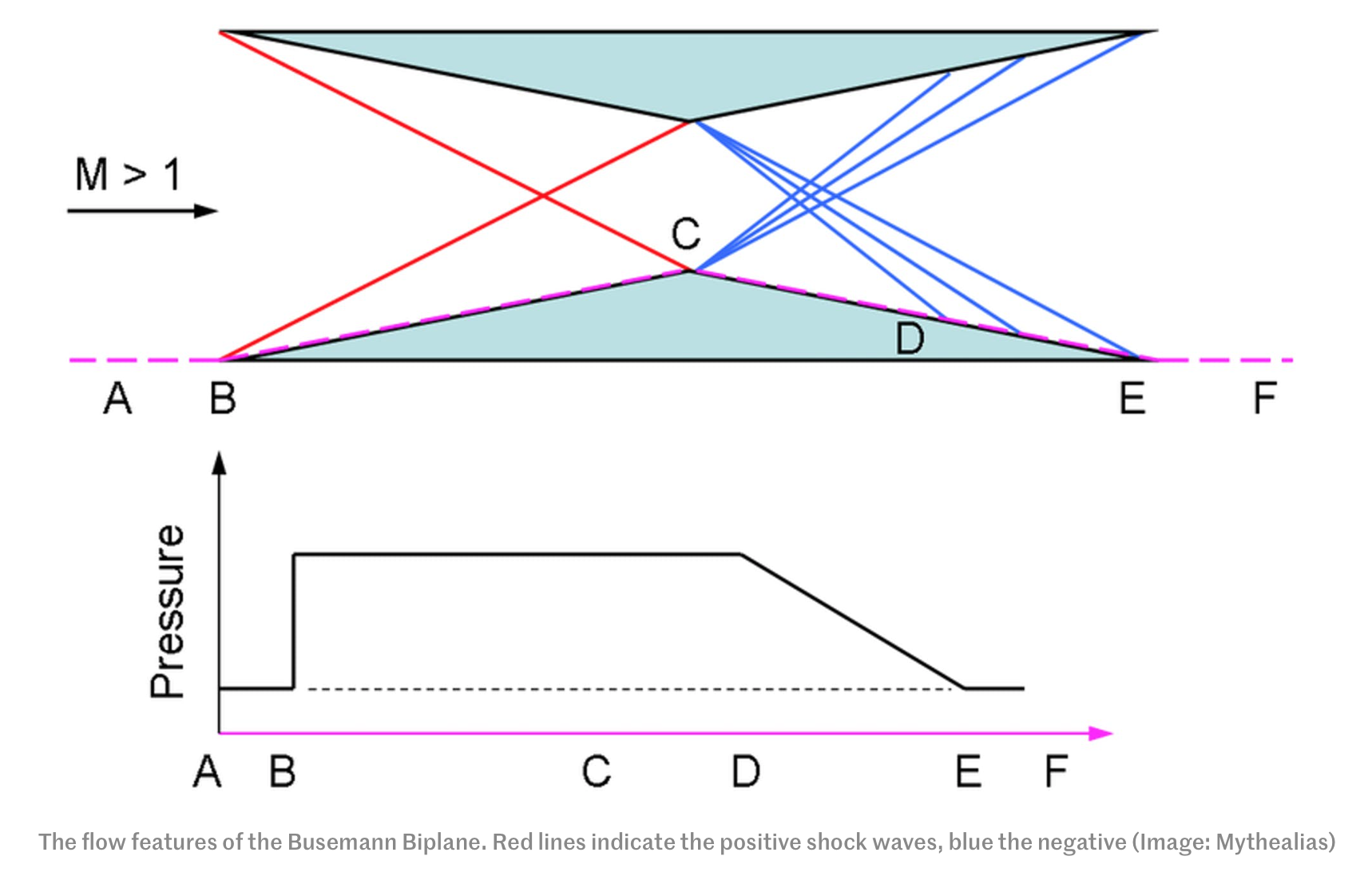 60
Why can't jet engines operate with supersonic air and how do they slow it down?
48
Why/when is the blunt nose better?
21
How do fast-flying aircraft avoid overheating?
5
Could the Busemann's biplane concept be used in a turbofan engine?

11
Are engines fed differently in reduced gravity aircraft?
5
Could the Busemann's biplane concept be used in a turbofan engine?
6
Would a rotating skin design mitigate the heating problem limiting hypersonic flight?
2
What mechanism or design aspect prevents jet blast from escaping the front of a Ramjet or scram jet?
2
Are there any special considerations involved in designing manual flight controls for supersonic/hypersonic aircraft?
1
How do the shockwaves (supersonic and hypersonic) interact with the structure?