What is the FAA's official outlet for informing the public of permanent, systemic changes?

... what is the standard, official, go-to document to keep abreast of the existence of these new changes? How often is is released or how are we notified of its release if it is irregular?

This question is not about NOTAMS which cover temporary changes, or changes that will later be added to a document with regularly occurring updates at known intervals such as those for approach charts.

This question is also not asking about the contents of advisory circulars; however, I would view an update to an advisory circular or release of a new one as being a pertinent, permanent change considering many of them have been around since the 1970s and contain official FAA information on various topics.

So, to be totally clear, I am asking how we are notified when there are changes and where they are located not necessarily what the specific, full-text contents of the changes are.

The changes could be to such things as:

The FAA has multiple email groups you can subscribe to.

Click the link and you will be brought to a page where you can provide your email address. 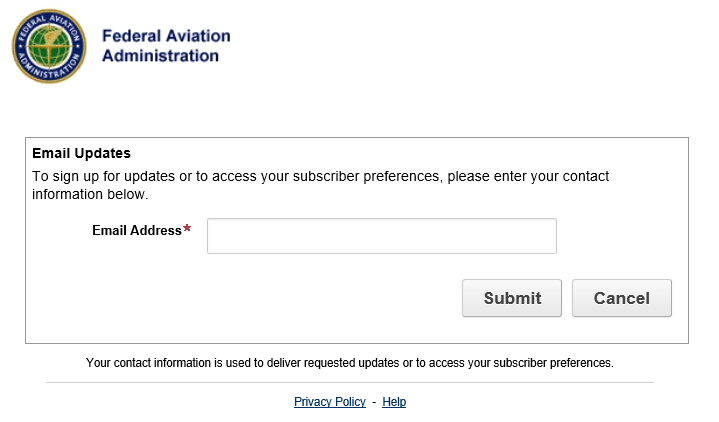 You will then be brought to a page where you can select the email groups you want to subscribe to. 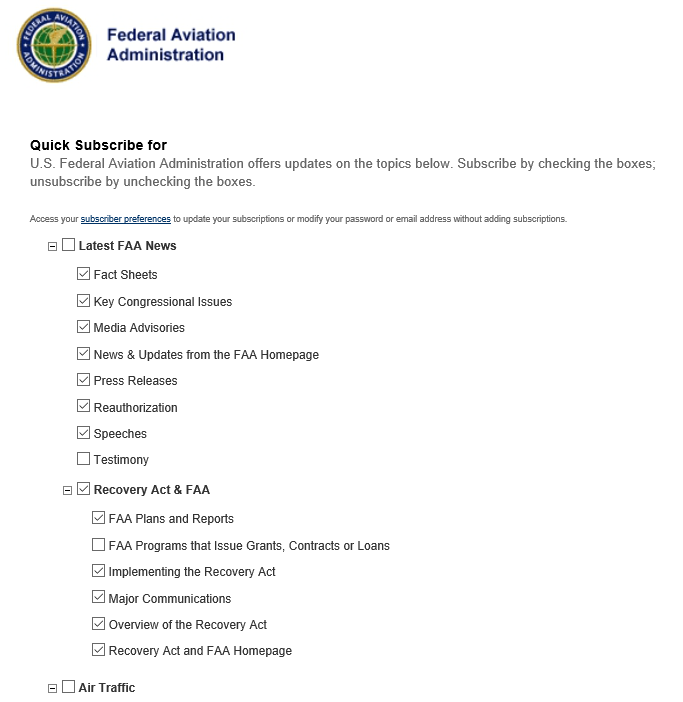 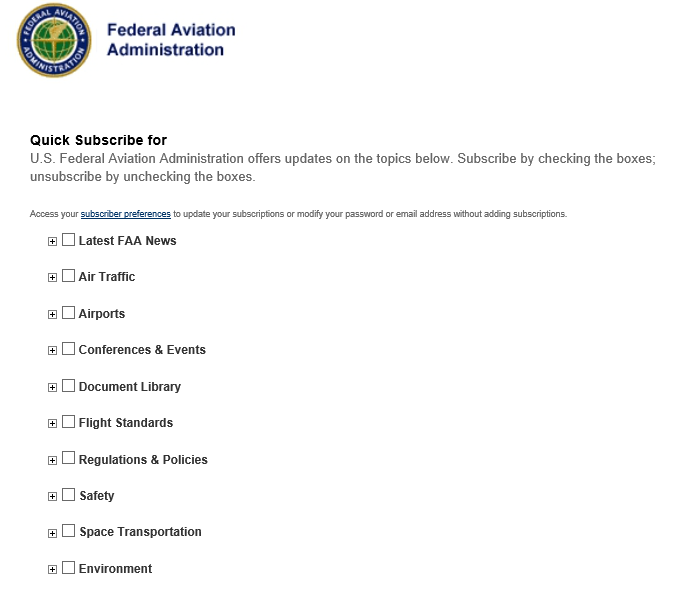 Not the answer you're looking for? Browse other questions tagged faa or ask your own question.

11
How should I safeguard my FAA certificate number?
3
What is a public airport?
5
What is the FAA's source for the type designators they use in IACRA?
13
What are the rules for Public-Use Operations?
3
What is the purpose and history of the FAA's tracking system for handbooks and manuals?
8
Is there an official FAA source for time zone of an airport?
10
What is the willingness of non-AME physicians to perform BasicMed exams?
7
What is the FAA's official stance on logging illegal flight time?
1
What is NASR, The FAA's System for Managing Aeronautical Information?
5
Why do countries not bound by US law comply with the FAA's originate airworthiness directives?