A system that redirects the air exiting a jet engine forwards or outwards, helping to slow the plane down (usually during landing).

A thrust reverser (often shortened to simply reverser) is a device or mechanism that allows the thrust from an aircraft’s engine (s) to be redirected forwards so it slows the aircraft down rather than speeding it up. Thrust reversers are mostly used during landing, but are even more useful in the rare event of a rejected-takeoff; in both cases, there benefits are most pronounced when there is considerable runway-contamination, where stopping an aircraft without the use of thrust reversers can take as much as three times as much distance as stopping it with reversers does. Thrust reversers are one of three main ways of slowing an aircraft down; the others are wheel braking, on the one hand, and drag-producing devices (spoilers and airbrakes), on the other hand.

Both propeller aircraft and jet-engine-powered aircraft can use thrust reversal, although they do this in very different ways. 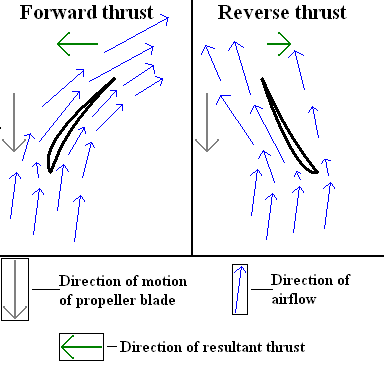 Jet engines, in contrast, are not generally equipped with variable-pitch fan or compressor blades; as a result, thrust reversers for jets have to redirect the engine’s exhaust forwards after the rest of the engine has already accelerated it backwards.

There are four main ways to do this:

Target-type reversers are what most everyone probably thinks of when they hear the phrase “thrust reverser”; they have a pair of large, moveable doors mounted just behind the engine, which, when reverse thrust is commanded, swing backwards to form a “bucket” behind the engine which catches its exhaust and redirects it forwards. This type of reverser is typically found on turbojet and low-bypass turbofan engines, as using target-type reversers on a turbofan with a high bypass-ratio (and, thus, a large diameter) would require impractically-large bucket doors. 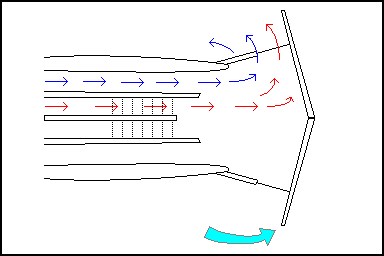 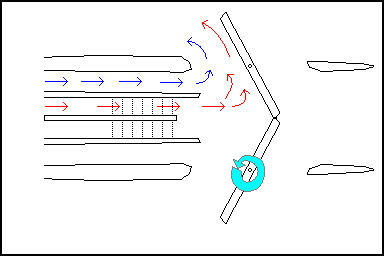 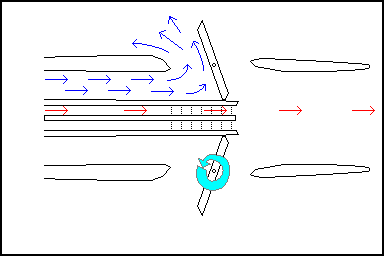 The final type of reverser is the cascade-type reverser, used on high-bypass turbofans - especially on the very large high-bypass turbofans powering newer widebody airliners, although it also sees use on some smaller high-bypass turbofans as well. Cascade reversers redirect only the engine’s bypass air (as a result, they are also sometimes known as cold-stream reversers, although, as noted above, many clamshell-type reversers also redirect only bypass air); they do this by sliding the entire rear portion of the engine cowling backwards, which opens up a gap for air to blow forwards through and operates a mechanism that blocks off the rear portion of the bypass duct so that the air can’t continue to go backwards. As the redirected air can exit throughout the entire circumference of the engine rather than just through discrete doorways, cascade-type reversers work better than clamshell-type reversers for redirecting the huge amounts of bypass air from the largest turbofans; they also, unlike target-type or clamshell-type reversers, do not protrude sideways when deployed, which makes them very useful on engines with low ground clearance. 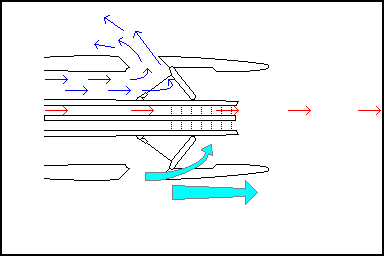 Alternatively, here’s a diagram explaining the differences between the different types of jet-engine thrust reversers: 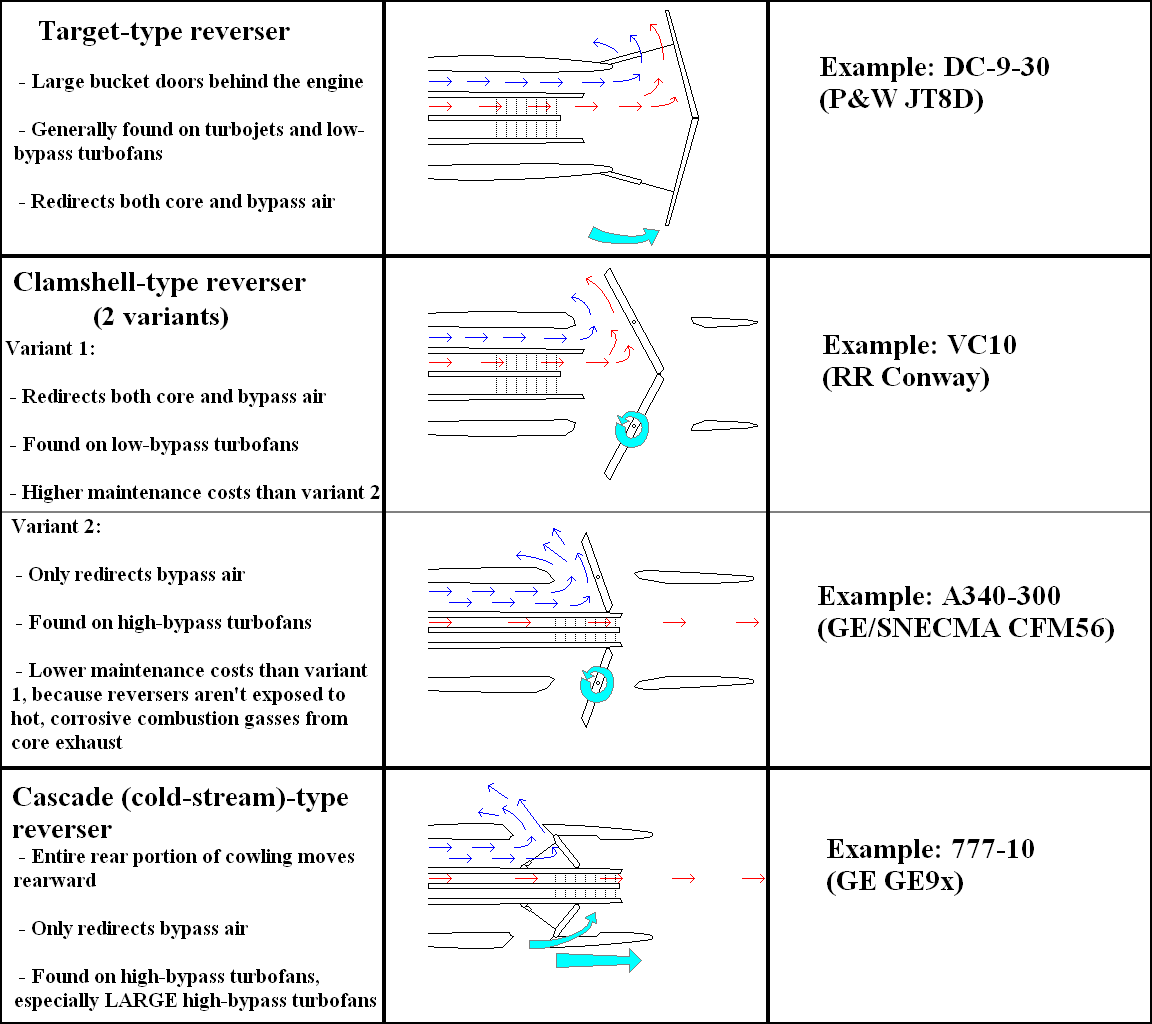 For more information regarding thrust reversers, see the Wikipedia articles on:

If airplanes can't use reverse thrust in flight, what am I hearing?

Is it possible to use thrust reversers to taxi backwards?

For large jets, what is the primary means of slowing down after landing?