Is defacing the airline logo of a wrecked airplane illegal?

I was listening to episode #25 of the Hello Internet podcast where Brady Haran mentioned that it's not unheard of for airline employees to rush to their own airplane's respective accident scene to deface the logos and registration numbers painted on the airplane's wings and fuselage. This is apparently done to reduce the damage to the airline's reputation. Below is an picture of the same from an alleged account of Thai Airways defacing the logo on a crashed (but still very intact) airplane. 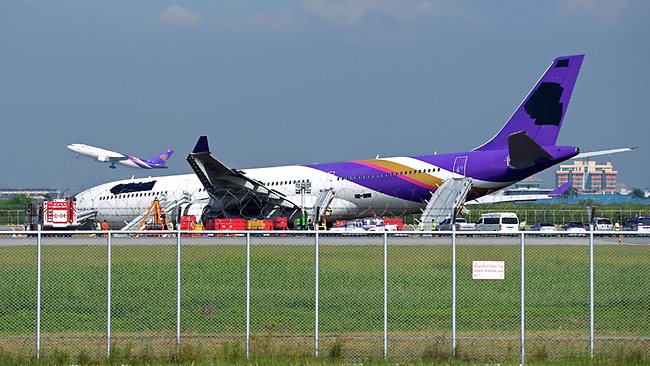 So is there any law regarding whether this can be done? Could defacing the logo end up hampering the air crash investigation?

In the US (you tagged your question FAA) it would most likely be illegal. 49 CFR 830.10 says (note that the NTSB investigates US accidents, not the FAA):

(1) To remove persons injured or trapped;

(2) To protect the wreckage from further damage; or

(3) To protect the public from injury.

It seems highly unlikely that painting over logos would be justified for any of those reasons. On the other hand, this wording leaves the question open of what might happen after the NTSB takes custody, and in theory an airline could do it with permission.

Personally, I find it hard to see how this would help the airline because the story would be all over the news anyway, but laws and attitudes vary widely in different parts of the world.

Not the answer you're looking for? Browse other questions tagged faa-regulations airline-operations accident-investigation regulations or ask your own question.

2
Would the flyby in this video be illegal under 91.119(a)?
24
Who owns wrecked airplanes in international waters?
4
When does the airline check if an airplane can reach its destination?
10
How do airline pilots maintain night currency?
5
What is the identity of this abandoned, wrecked Sudan Airways airliner?
7
Is failure to comply with evacuation procedures illegal?
6
Is it illegal to fly a Cessna 172S under day VFR with an inoperative vacuum gauge?
7
What is the FAA's official stance on logging illegal flight time?
5
Can a company be both an airplane manufacturer and an airline?