How are condensation cones created by supersonic airplanes?

There are many awesome pictures of this phenomenon such as this one: 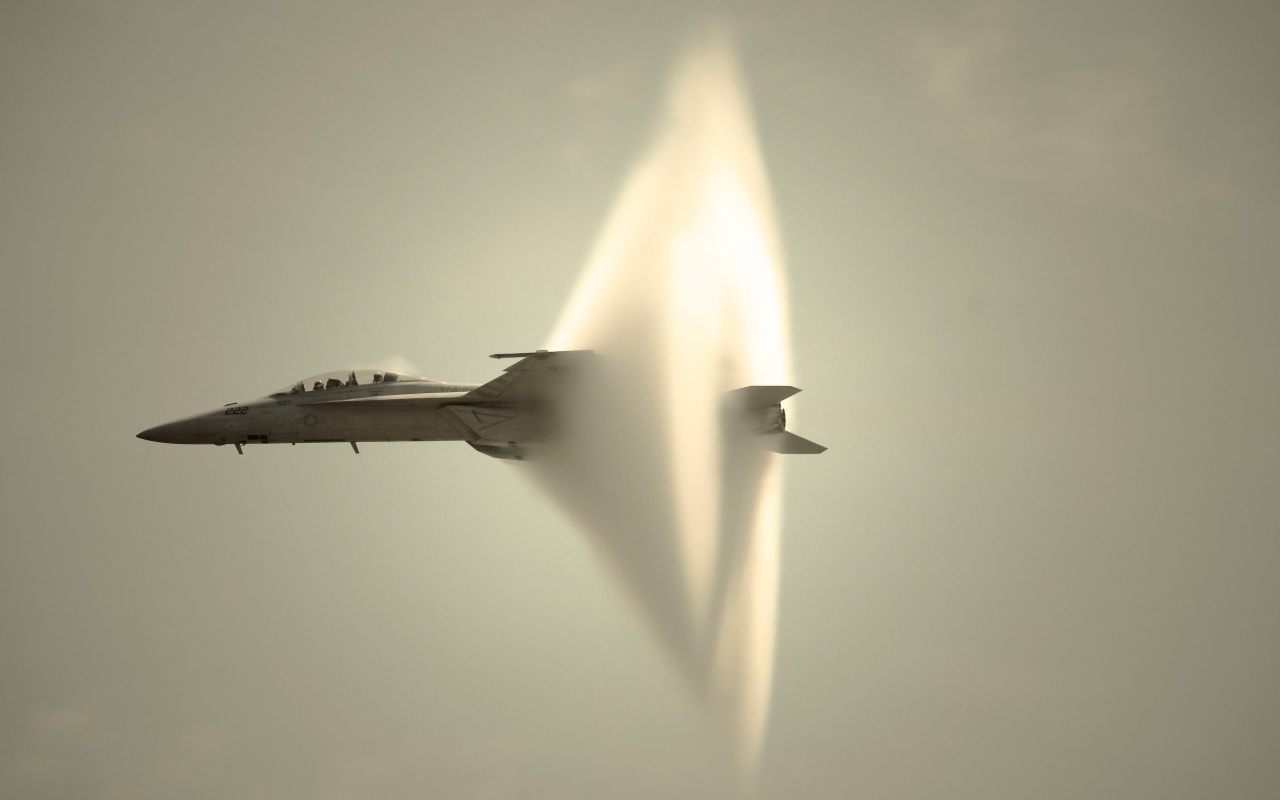 What is the physical explanation of how this occurs? Does it occur only when the airplane crosses the sound barrier or does it continue throughout the whole supersonic regime if enough water vapour is present in the atmosphere? What factors does this condensation depend on?

It is important to note that the vehicle is not traveling at supersonic speed when condensation collars (rockets) or condensation cones (aircraft) occur. It is merely close to the speed of sound.

From the vehicle's viewpoint

Air is accelerated by the displacement effect of the vehicle - it pushes the air aside and around itself, causing the flow to accelerate and to become supersonic relative to the vehicle. This acceleration is directly connected with lower pressure (see this answer for a detailed explanation), and air with high relative humidity will be pushed beyond its dew point, causing the water vapor to condensate. Please note that the onset of condensation is slightly delayed, so the fog is not strictly indicating the region of lowest pressure. Also, the forward cone is not the same as the forward shock front of a lambda shock.

From the viewpoint of the air

A relatively blunt vehicle traveling at close to Mach 1 and humid, almost saturated air are the factors which help this effect to occur. Note that you can witness similar condensation effects over the wings of airliners in humid air during the landing phase, when flaps are fully deployed. Here, however, the condensation does not end abruptly, since no shock is involved. Also, the disturbances produced by the aircraft do not reach out so far at lower speed, so the condensation happens only close to the aircraft's surface. Bluntness helps: The cockpit causes its own small condensation area shortly past its maximum thickness, where suction due to displacement is highest.

47
Why does supersonic flight detach airflow from a wing?
18
Does a Mach 1 plane hear a sonic boom from a Mach 3 plane overtaking him?
3
Why does the condensation cone disappears when the airplane starts flying supersonic
0
What are these strange clouds on the wing and how do they form?

7
Which supersonic airplanes use Pitot Air intakes?
22
Why are there no commercial supersonic flights at present?
9
Are there any supersonic aircraft with strictly mechanical controls?
4
Aerospike nose cones for supersonic jets?
4
How do a narrow airframe and canards keep supersonic shock waves from coalescing?
3
Why do swept wings decrease the drag increase that occurs in transonic flows?
3
How to calculate the inaccuracy in the "standard" turn radius equation, for supersonic airspeeds
3
Why does the condensation cone disappears when the airplane starts flying supersonic