How fast can an F-22 scramble?

The startup process in many military aircraft is, complicated, to say the least.

It takes a lot longer than most would think. An F-16 from cold is required to be able to scramble within 5 minutes if on alert (armed, fueled, and pilot ready), 15 minutes if not.

I also know that during the Cold War when the situation was expected to deteriorate, they could deploy B-52's to all runways (civilian airports included) that were longer than 9,000 feet, just sitting there with engines running ready to go. (Terrifying to think about...)

I also found this:

Default NATO QRA alert time is 15 minutes (in DEFCON 5), although the local CRC can lower that to ten (DEFCON 4), five (DEFCON 3) or even two minutes (DEFCON 2) depending on current state of affairs.

Anyways, an F-16 can scramble in 5 minutes. But an F-22 has an automated start process. IIRC, the checklist is something like...

I understand that this may be classified, but I was wondering if anyone can put me in the ballpark.

For military aircraft on "alert", there is a position called cocked on (or as some news sites call it, "hot-cocked"). This procedure is run before the aircraft is placed on alert, and does a pre-flight check of all the instruments and then places them in a state that allows power application in a rapid manner. This way, only minimal steps are required for the aircraft to be ready. In addition to cocking on the aircraft, they can be parked in special areas (some are called Christmas Trees because of their appearance). This allows the aircraft to reach the runway quickly. Also, in the old SIOP days, there was an Alert Facility near where the aircraft were parked, where the crew would stay in a state of readiness. 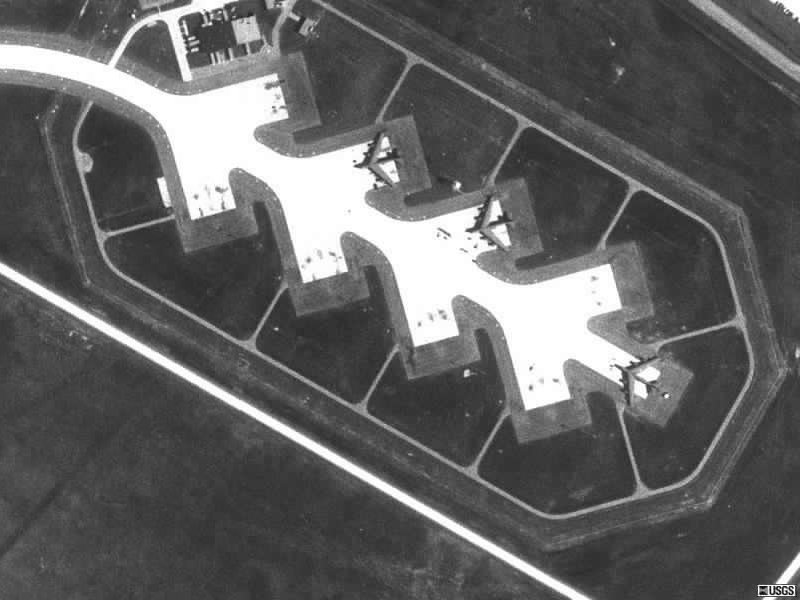 Currently the full SIOP mission isn't active (it was ended in 1992 by President Bush, but there are still forces dedicated to it in a new capacity). However, the facilities still exist on many bases. They can use these facilities still for whatever alerts are required.

With an aircraft in cocked on position, with a pilot on alert (cockpit or facility), an aircraft can take off in a very, very short time (from seconds to minutes). In general, the mission requirements will dictate the amount of time that the pilot is given to take off (as you note in your question). So sadly, I can't give a specific answer to your question, because it depends on parameters you haven't specified.

You can start an f-22 in about 2 minutes or less. The procedure is

There is no set time because there are too many factors. On a large airfield it could take more than 5 minutes just to taxi to the runway. If you maintain a plane on alert (expensive and time consuming), you could get it rolling inside of 5 minutes. That means:

Needless to say, keeping aircraft in this condition is expensive and I would imagine is only done at certain specific airbases where some special need for a fast launch is required. Loading and unloading weapons is a very time-consuming process and there is a lot of red tape associated with it.

The time constraints have nothing to do with the type of aircraft. It's more a question of the human factor and lots of little things.

Also, another factor is how much you are willing to skip. You might have a 40-point checklist and 25 of them are "optional" items that pertain to safety. If you don't care about dying, feel free to ignore them and you can take off 5 minutes faster.

As some other answers have mentioned, and some haven't, it varies very widely by readiness - whether the aircraft was expected to need to scramble.

The usual time for an aircraft to scramble in modern wartime would be 15 to 25 minutes. This is from normally maintained readiness, for a typical post-cold-war conflict. This figure came from a flight line ops Lt.Col (not a pilot, the guy responsible for getting planes ready to fly), unofficial, but it aligns well with other information.

Newer aircraft are not much faster to start, since the steps are the same, and pilots know them; automation just simplifies it. There's still more to it than just one switch. The Chegg answer (hardly a place for such info) that seems to have been quoted in the question is not correct.

Engine ground running can be appropriate when an attack or a major war is expected. Running aircraft can't be refueled, the pilot can't leave the cockpit, and parts run up the hours, so very few planes can be kept in such a condition. Given how few F-22 exist at all, the US could realistically maintain 2-4 flights at such a readiness level.

Not the answer you're looking for? Browse other questions tagged military takeoff f-22 fighter or ask your own question.

16
How can you stop your missile locking onto a friendly target?
20
Can fighter jets be reloaded with ammunition mid-flight?
0
Can FMC be programmed to do fast maneuvering in fighter jets?
11
Can a fighter jet be hit by guns?
12
How is a "fast jet" classified?
3
How fast do the F-35 weapons bay doors open/close during combat ops?
0
How can one achieve supersonic cruise capabilities without afterburners?
2
Is there a career path to fly fast, military jets without being in the military?