Is effective AoA increased at wing in ground effect?

Some ground effect theory explain increase in lift with reduction in downwash,which cause increase in effective AoA.

One theory mention only increase in static pressure under the wing "cushion effect", because wing partialy block airlfow.

In other words, I dont see connection with "downwash/increased eff. AoA theory" with this diagram. But maybe I am wrong?

Unfortunately diagram show airfoil(wing with isolated end effects) test in wind tunnel, we can assume that same pressure distribution is at wing. 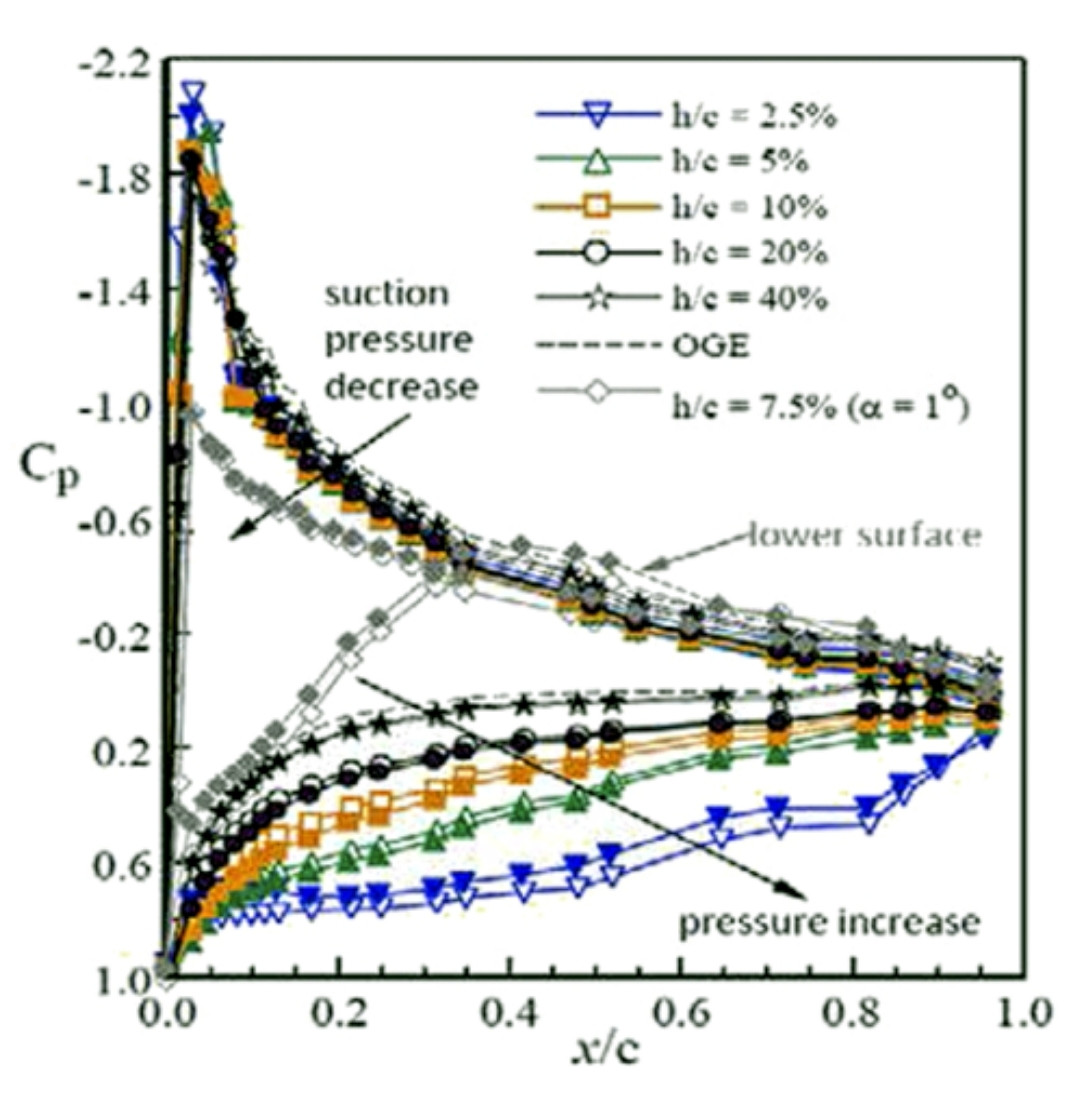 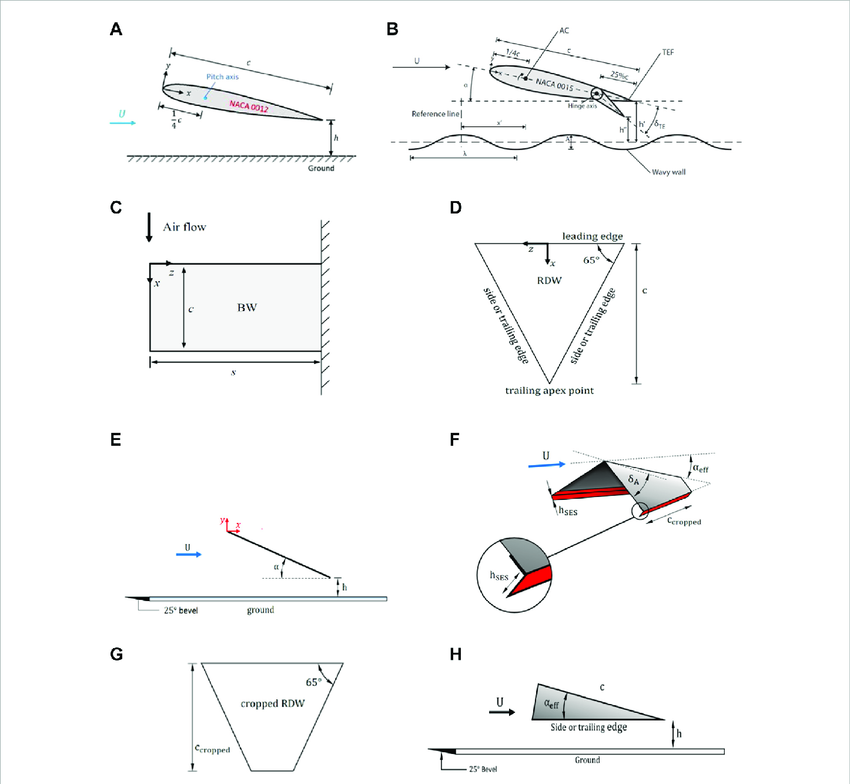 What is clear is that a smaller h translates into more blocking of the flow between wing and ground. Pressure is higher than in free flight, so more of the oncoming air is forced above the wing. This means that the flow around the leading edge at moderate angle of attack in ground effect looks like the flow at a higher angle of attack in free flight. This has four consequences:

That plot (source) shows that the closer to the ground the airfoil is, the bigger $C_p$ becomes i.e. the lower (due to Bernoulli) the speed on the bottom of the airfoil becomes.

And this is the main effect of the vicinity with the ground i.e. reducing the speed beneath the airfoil increasing the pressure ($C_p$ closer to 1). The rest is only "equal transit time" explanation.

Yes, because there is less downwash.

Why not change in Cp higher on top side?

Because there is less downwash.

Airfoils in ground effect stall at a lower AoA, but have a higher coefficient of lift due to the "cushion" effect.

31
Why the ground effect has such a different outcome for wings and cars?
8
When leaving ground effect, why is there a nose-up change in moment?
0
Pressure Distribution Pattern around Wing
2
Why does the effective alpha/CL increase at wingtip of swept wing?
0
Will 3D wing has smaller drag than 2D at same AoA and airflow speed?
1
How pressure fields change around wing?
0
Why is the critical angle of attack lower in ground effect?
1
Wing vs wall to wall wing,total drag comparation at same AoA?
0
How does pressure distribution change when a wing enters ground effect?
0
Does wing really "feels" effective airflow or it is just theory to fits numbers with experimental results?