Why we don't see the “SkyRider” seats in action?

In 2010 nearly all newspaper reported on the new invention of the company Aviointeriors. They created new airplane seats called "SkyRider" which you can "stand" in. This should increase Airlines profitability. I'm not a big fan of the SkyRider seats but who can I thank, or why don't we see them in Action? 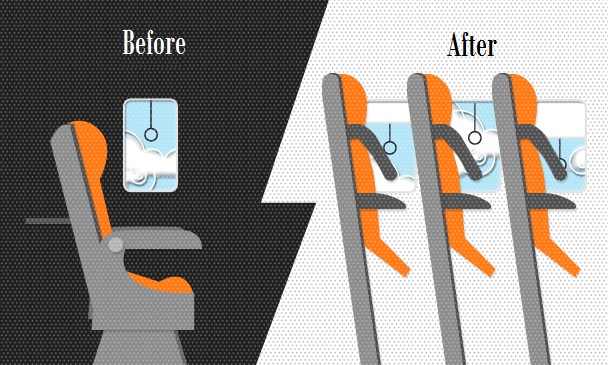 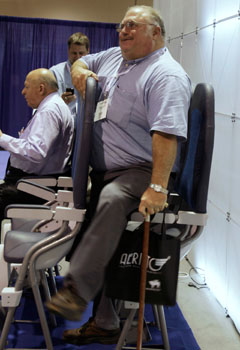 There are a lot of disadvantages, even if the possibility of lowering costs and increasing profits is a huge advantage for the airlines. This article discussed several issues from a passenger perspective:

The author's conclusion was that the seat isn't actually uncomfortable, just cramped, but he was very sceptical that passengers would be willing to use it.

Another article added some concerns from the airlines' point of view:

Both articles (and others) concluded that there's no fundamental technical or regulatory barrier to introducing them, the main problem would be convincing passengers to accept them. Even Ryanair - which is notorious for cutting costs wherever possible - rejected them although Wikipedia says that both Ryanair and Airbus have proposed an alternative but very similar concept in the past.

If the airlines really wanted to introduce this seating arrangement, I would expect them to keep the idea in the news as much as possible and generally work on convincing people that the seats are comfortable and it's a great way for them to get even cheaper tickets. Since they haven't done that (if they have, I haven't noticed) it seems unlikely that the airlines are actively working on them.

There are 2 major problems with skyriders

Then there is the "bad press" that got around. They would turn economy class even more into the sardine can than it is now.

42
Why do lavatories in modern planes still have ash trays?
2
Is air in the toilet isolated, to prevent seeping into the cabin?
14
Why don't pilots control window shades & seat recliners?
9
Why were the TWA TriStar middle seats smaller than the aisle seats?
20
Why don't airliners use noise cancelling?
3
Why is the temperature of the cabin so low during a flight?
3
Why aren't the passenger seats designed as jump seats (foldable) in commercial airlines?
0
Why don't airlines place some physical separator between passengers in the planes to prevent the spread of COVID-19?
11
Why is the airflow in airline cabins downwards?