How does the nose wheel lock on the Robin DR400 work?

So I am wondering a few things:

Here is what the landing gear looks like. It is not retractable and there are fairings on the wheels for better aerodynamics: 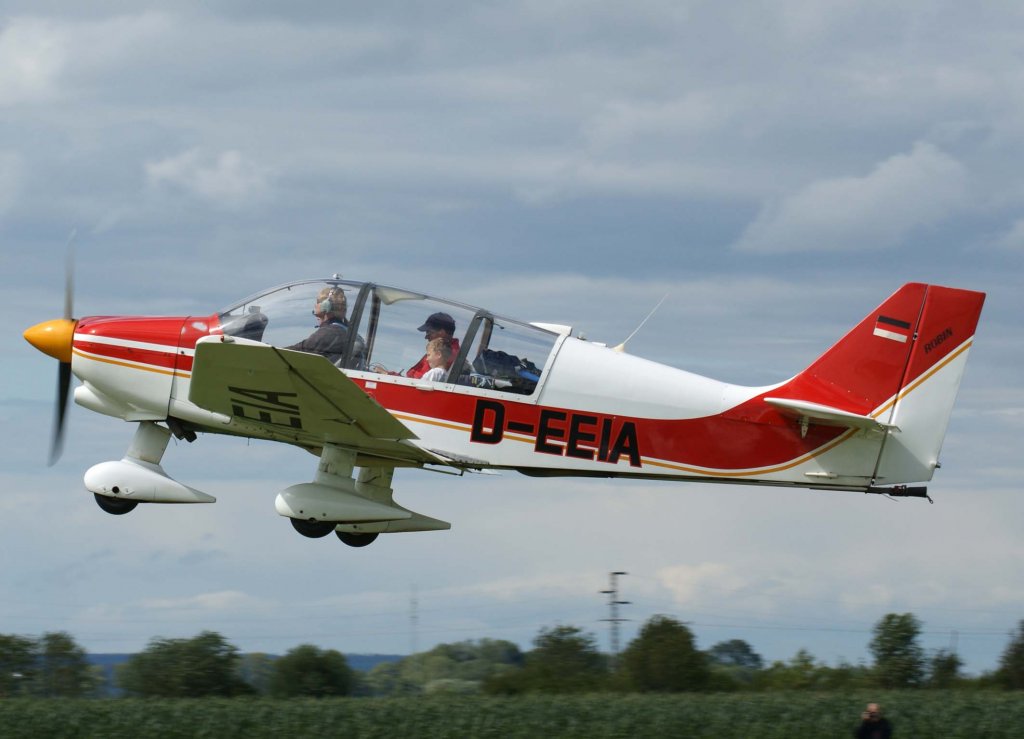 It looks like the "How do they work?" question has already been addressed pretty well, so I'll answer some of the other parts of the question:

What is gained by having the nose wheel lock itself?

Rather than for instance a spring-like mechanism that just keep the wheel aligned with the plane when the plane is in the air.

You mean like a Cessna-style spring linkage, where there is not a hard linkage between the rudder pedals and the nose gear? One advantage of not using the Cessna-style springs is that it's easier to taxi with direct linkages rather than spring linkages. Cessnas have a lag between rudder pedal input and the nose wheel actually turning because of the spring linkages, so you have to give directional inputs ahead of when you actually want to turn. With direct linkages, the nose wheel turns immediately when you push the pedals, which makes taxiing a little easier, especially when you're first learning.

Are there planes with a different mechanism to keep the nose wheel from moving in flight?

Yes. See above for Cessnas. Also, in larger aircraft (e.g. passenger jets and similar,) there are no mechanical linkages to the nose wheel at all and the nose wheel is turned (mostly) by a separate control from the rudder. This control is called a tiller and it's moved by hand instead of by foot. It looks like this: 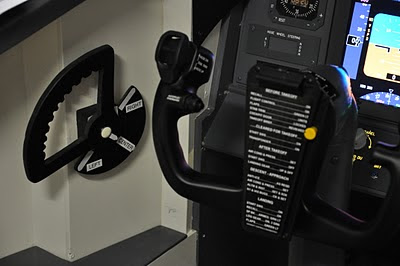 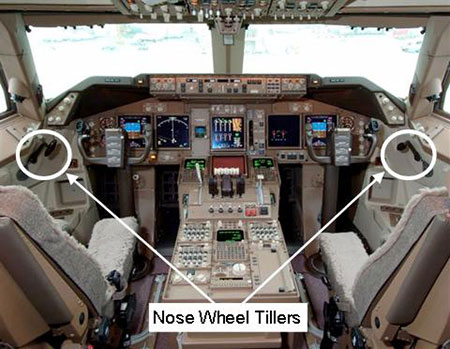 I found this report by the French accident investigation bureau (BEA) that explains how the mechanism works.

So when the plane takes off, the nose-wheel aligns itself with the mainframe, disengages from the rudder pedals and locks itself in that position. Upon landing, the damper is compressed, the wheel unlocks and can be used to control the plane.

38
Why don't modern aircraft have landing gear that can swivel to compensate for crosswinds?
11
Is the MTOW determined by the wheel maximum supported weight?
5
What defines a landing gear bogie?
5
How does the wheel speed sensor in a Boeing 777-300ER work?
3
What design features or systems help to prevent a hard nose landing?
3
How does pulling back provide better steering during rollout for light GA planes?
1
How do rotor tangs lock into wheel keyways?
3
Why is the landing gear lever not set to OFF on the ground?