A load factor is defined as "the ratio of the lift of an aircraft to its weight", i.e., N = Lift/Weight.

Normal acceleration (nz) is defined as the component of the linear acceleration of an aircraft along the body Z axis.

EDIT: I modified my answer in order for it to match the modifications in the question.

Unfortunately load factor is almost always explained making the airplane doing some cool manoeuvre à la Top Gun: from there to picturing a sweaty Tom Cruise trying to avoid greyout, is just a short step. And to complicate the matter even more, gravity, Gs, apparent weight and other fancy terms are also drawn into play...

But load factor is just what you have written: lift to weight ratio. As simple as that.

The picture in your question (picture which is now gone and that I repost here under) is a very good example to answer your question: 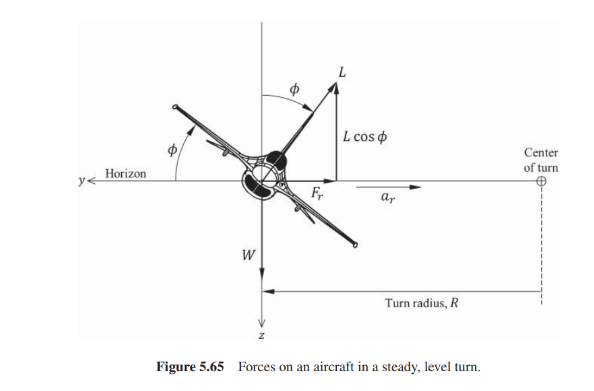 and that simply means that the wing is producing some 15.5% more lift than the airplane's weight (note: weight, not mass $\Leftrightarrow$ Newton, not kg).

does the load factor N is the same as the normal acceleration nz?

This should be better formulated: load factor is a pure number while acceleration is length/time², so they cannot be really compared. "Normal" is also ambiguous. As a consequence I suppose here that "normal" aka perpendicular is the direction going from belly to canopy and that the question is if load factor and "normal lift divided by weight" are the same.

Well, the answer is easy if you picture the airplane from the side at high AoA (image from Wikipedia modified by me): 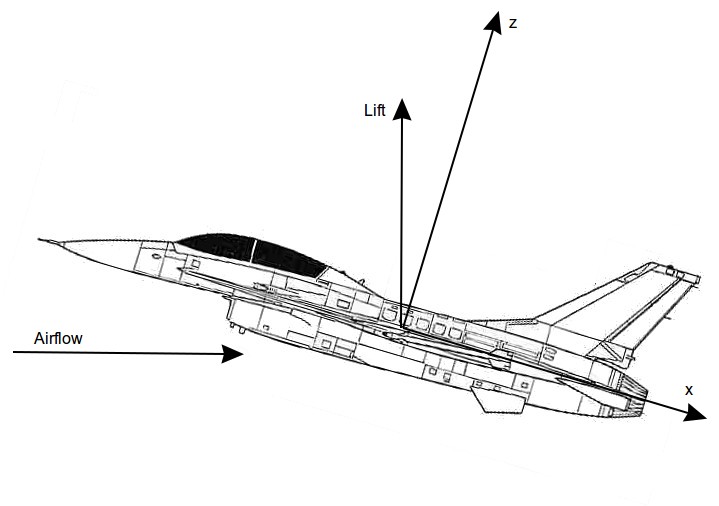 I thought normal acceleration computation should be more complicated to include all the forces' (weight, lift, drag, thrust) components acting on the body z axis.

Theoretically yes but practically it depends on how mutually big their z components are. In the first picture for the steady turn, drag and thrust are basically aligned with the x-axis and do not contribute on the z-y directions and therefore there's no need to consider them in calculation on z or y.

Normal acceleration (nz) is defined as the component of the linear acceleration of an aircraft along the body Z axis.

The net linear acceleration is the acceleration due to vector sum of all the forces acting on the aircraft, including gravity.

In the context of coordinated flight at a constant airspeed, with a horizontal flight path, Thrust and Drag are equal and opposite, and the net linear acceleration is the acceleration due to the vector sum of Lift and Weight.

In this case, if we draw the closed vector triangle of Weight, Lift, and resulting net force, we obtain the following:

To compute accelerations rather than forces, we simply substitute "1G" for "Weight".

This yields the following:

This yields the following results:

It is difficult to see why az and ay figures computed in this manner would be of much interest to anyone.

If we wanted to actually predict the aircraft's trajectory, we would work with the net force, not the body-Z and body-Y components of the net force.

And note that when we compute the az figure as above-- by simply taking the body-Z component of the net force acting on the aircraft-- then the resulting figure does not correlate to what we read on a G-meter (which is simply a 1-axis accelerometer, with the sensing axis aligned with the aircraft body Z axis.) (And likewise, the ay or "lateral acceleration" figure as computed above bears no relation to the deflection of a slip-skid ball-- assuming the fuselage is pointing directly into the relative wind, the ball would be centered in all of these turns, even though the ay figure is not zero.)

The "felt" acceleration, not the net acceleration, is what of interest if we are looking at the loads transmitted through the aircraft structure and the resulting stresses and strains.

In the context of banked, turning flight at a constant airspeed, with a horizontal flight path, with the wing incidence is such that the fuselage is exactly horizontal, with zero sideslip, all the "felt" acceleration is parallel to the aircraft's body Z axis. In this case, nz defined as the body-Z axis component of the "felt" acceleration is exactly equal to 1G * (Lift / Weight).

(Naturally, if the flight path is horizontal but the fuselage is not exactly horizontal, then the Lift vector will no longer be aligned with the aircraft body Z axis, and nz as defined above will be less than (1G * Lift / Weight). As illustrated in this answer.)

References from outside sources:

Note: the designations "az" and "ay" were introduced for convenience for this answer; there is no intent to represent that they are standard terminology.

23
Does lift equal weight in a climb?
9
Terminology: is the "normal acceleration" (nz) considered to be 1 G, or 0, when an aircraft is at rest on the ground with fuselage horizontal?
6
What is the definition of load factor and how do you apply it?
4
What does the balance ball actually indicate?
1
is aircraft weightless during vertical climb?
-3
Why astronauts during launch fly faster than jets but experience less Gs?
1
How does sideslip indicator react during crosswind?
1
What has happened to make me experience negative G with the control stick FULL AFT near the top of a loop?

2
How would we calculate the load factor on an aerial vehicle while landing due to sudden gust loads?
4
How can an airplane keep going forward if it has no thrust?
6
What is the definition of load factor and how do you apply it?
3
What produces thrust along the line of flight in a glider?
0
When do the lift and drag vectors contribute a force component along a glider's path of travel as seen from the ground?
2
What are typical values of the lift-to-drag ratio for normal small aircraft?
1
Clarification on autogyro thrust formula
0
Why does power help us maintain altitude in slow flight?
1
Calculating angle of attack during bank