When reading the following comment on question "Why do lavatories in modern planes still have ash trays?": 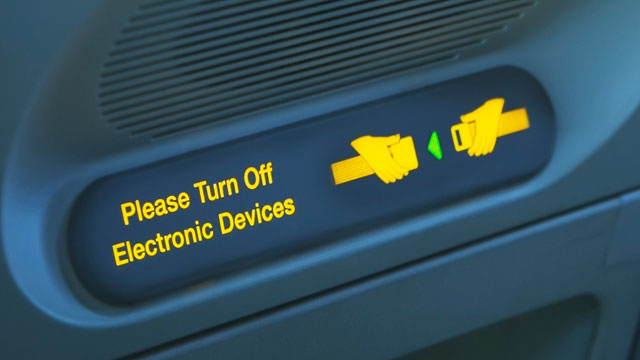 I did some searching on this and it's been discussed on some aviation forums (e.g. here). I couldn't find any 'official' sources from airlines or regulators but on the other hand there are a lot of comments and observations that seem to make sense.

A simple summary would be that it's a result of increased public awareness of airline smoking bans combined with a massive increase in the use of portable electronic devices (PEDs). That has made some airlines decide that it's more important to focus on passenger behaviour with PEDs rather than smoking. Wikipedia has an unsupported (citation needed) statement along those lines:

Due to the ubiquitous prohibition of in-flight smoking and the increasingly widespread use of electronic devices, the illuminated no-smoking signs have sometimes been re-purposed to inform passengers to switch devices off for take-off and landing. Where this is the case, the no-smoking sign is permanently printed on the overhead panels.

Smoking on aircraft has been banned by most (all?) airlines and regulators for some time now (since 1988 in the US, for example) and the number of people travelling by air has increased significantly over the same period (e.g. UK foreign travel trend here). That means that more and more people know that smoking isn't allowed on aircraft and probably by now that fact has been 'absorbed' at a cultural level, at least in Western countries.

In the last 10+ years the numbers of PEDs in use has increased massively and they were banned too. I guess that at some point some airlines decided that the 'rising' issue of PEDs was more important than the 'declining' issue of smoking, and started adapting their signs, briefings etc. accordingly.

It's interesting that you saw the sign on an Embraer 195, which is used for regional not long-haul flights (as far as I know). Possibly the airline decided that on shorter flights there's less risk of passengers getting desperate for a smoke. But I couldn't find any information on which airlines and aircraft have these signs; that's up to the airline to decide when it orders the aircraft interior.

Of course now the US allows the use of PEDs in all flight phases and that makes it very likely that other regulators will follow. At some point the only sign needed may be the seatbelt one.

The indication lights can be switched off and on with a switch in the cockpit. It is overkill to have this infrastructure for the no-smoking sign, if smoking is never allowed during any phase of the flight. A simple sticker would do.

Nowadays the use of electronic devices is sometimes allowed, sometimes not. Therefore it makes sense to dedicate the cockpit switch and the indication lights to this function. 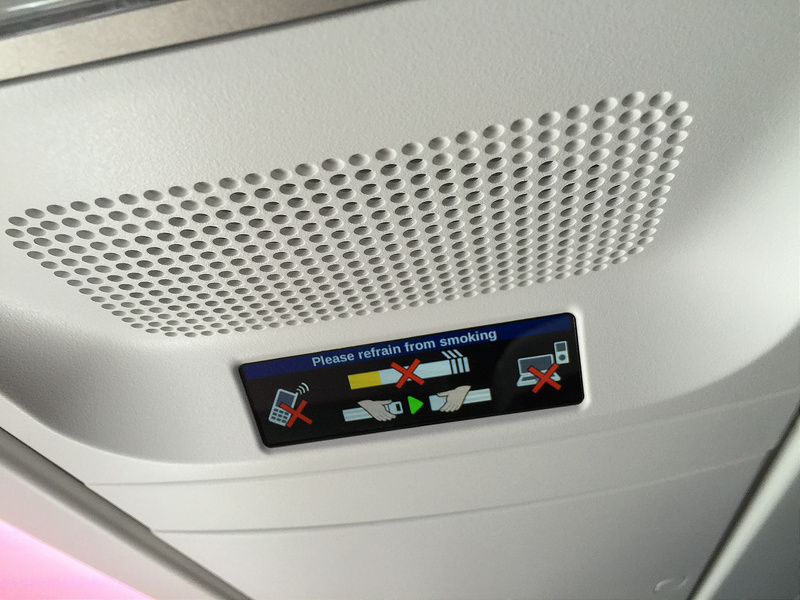