Why are the red/white control surfaces under the wing extended during a take off?

These pictures are more than a little dated as the CF-101 Voodoo's have not been flown since the mid 80's. In these two photos we can see the Voodoo is performing a full afterburner take off. Note the inside red coloured control surface at the back underside of the wing. Why is this surface deployed like this? 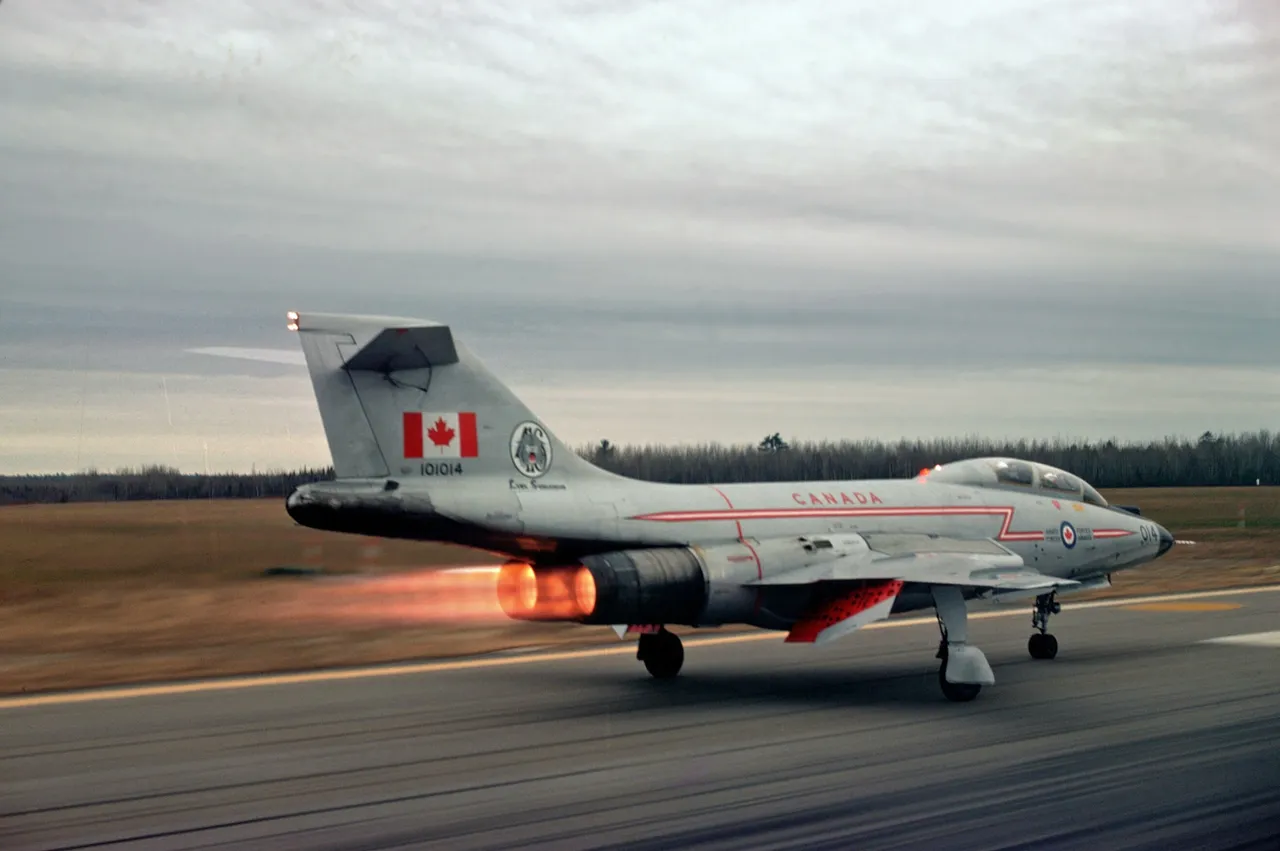 and a moment later airborne 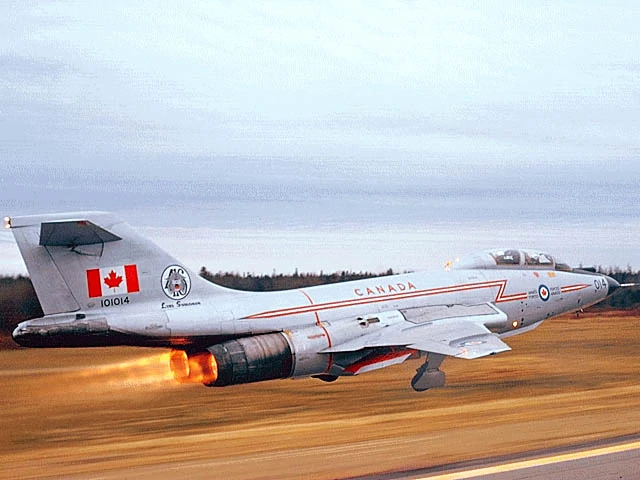 The airbrake flap are on the fuselage just aft of the tip of the red and white lightning bolt. They are closed which I would fully expect on a take off. Also the drag chute is not deployed so also another indicator that this is a take off and not a landing.

Here is a picture of a model that shows the control surfaces a little clearer along with the air brakes deployed. 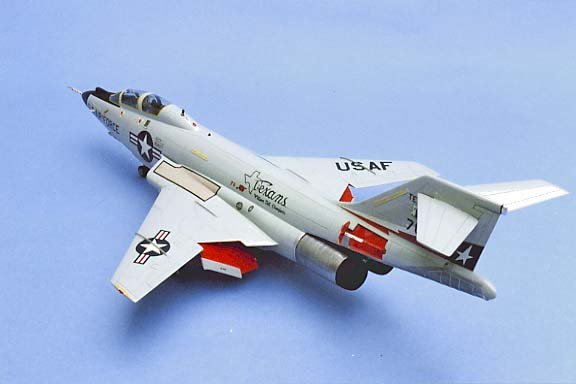 What is this red control surface under the rear aft of the wing called and why is it deployed for a take off?

Note I am not a pilot, nor have I studied aerodynamics much beyond lift, thrust, gravity and drag.

These are not control surfaces, but a special type of split flap. In a split flap, the rear part (20% to 30%) of the lower wing panels is hinged at the front and can be lowered, thus increasing wing camber.

In case of the F-101, the hinge point moves aft in addition to the flap being lowered, thus increasing wing chord a bit. This type of split flap is called a Zap flap after its inventor, Edward F. Zaparka (invented in 1932).

A split flap gives the highest lift increase for a simple mechanism, but also increases drag considerably. Therefore, it is best suited for landing. For takeoff, it should be opened only partially (10° to 20°) but for landing 45° to 60° are common.

At a first sight it looked like a split flap but as @yshavit found out, it is actually a zap flap. A zap flap is a particular kind of split flap that via a leverage moves not only downward but also backward, increasing the chord as well. Apparently the name derives from his prolific inventor, Edward Frank Zaparka, who patented it in the 1933.

Split (or zap) flap together with plain flap have been historically the first iteration of trailing-edge high-lift devices. They have been superseded by more efficient albeit mechanically more complicated flaps, like the three-slotted flaps seen on virtually all modern jetliners. This picture taken from Wikipedia shows the several types of existing flaps.

Why a zap flap instead of a simpler split flap? The following plots taken from this NACA TN show that moving the flap backward as well, slightly increases the $C_{l_{max}}$ practically without any increase in the $C_d$: 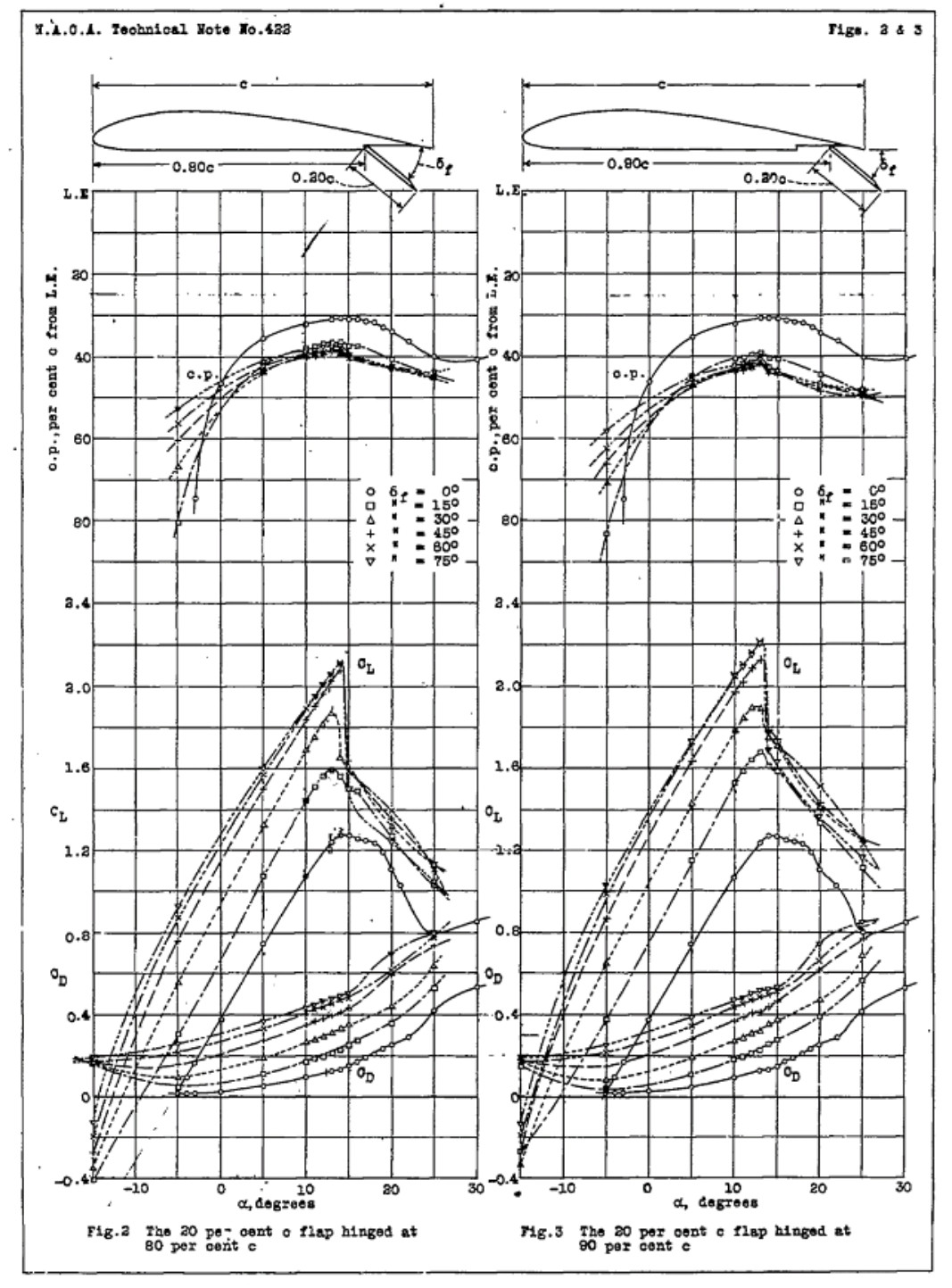 On the left side there's a split flap while on the right side there's a zap flap. Due to the backward extension of the flap, the chord i.e.wing surface becomes bigger and bigger surface implies higher lift.

From the plots it can also be seen what is in general the effect of a split (zap) flap: both the plots of $C_l$ and $C_d$ are basically shifted more and more upward the bigger the flap deflection is. With modern slotted flaps the upward shift of $C_d$ is more limited.

But why exactly a zap flap instead of a plain or nother kind of flap? According to the relevant wiki entry, the F-101 suffered from "severe pitch-up at high angle of attack". High angle of attack are seen also during landing phase so a kind of flap which didn't changed too much the wing's pitching moment would have been welcomed: split flaps have just this characteristic. So it might be (just speculating here) that the choice of a split (zap) flap was dictated by this requirement.

I think that is a flap used on takeoff and landing. They are normally deployed (partially) on takeoff and (full) on landing. Flaps help in increasing lift at slower speeds. They are called 'high lift devices'. You can see them here(landing) 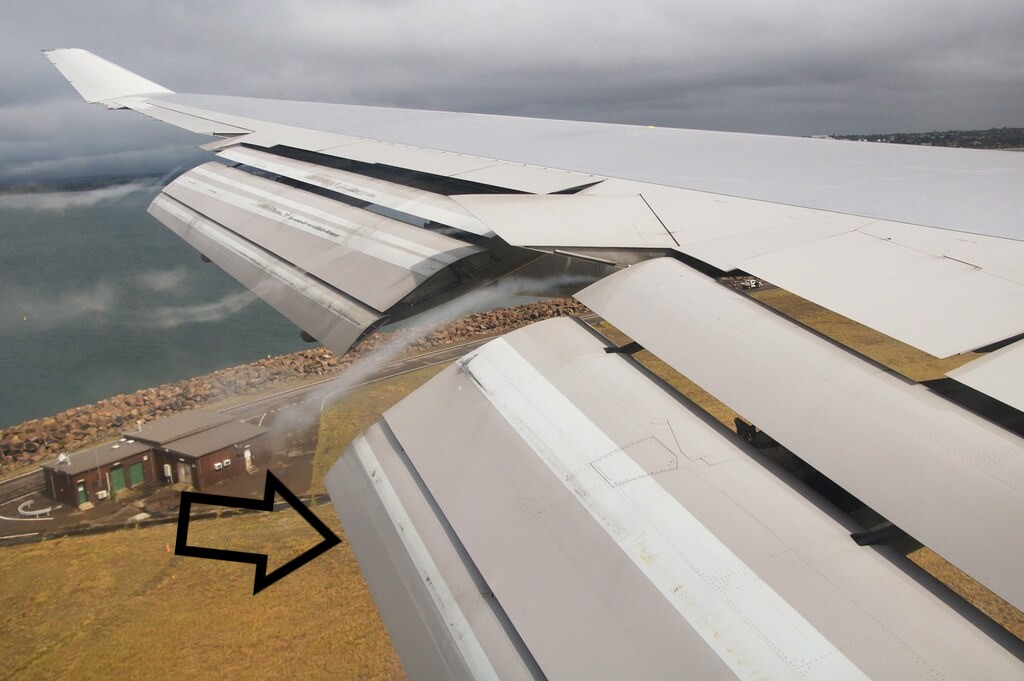 4
Why are trailing-edge control surfaces usually split?
1
Does the size of control surfaces affect maneuverability, and if they are smaller, is it easier to stall?
5
What happens during a carrier take off?
17
Can an airplane fly with on-off control surfaces?
0
Launch control equivalent while take-off
4
Why does the 737NG EGT drop during take-off?
8
In missiles, what actuators are used for the control surfaces?
10
Why would an F-35 take off with air brakes behind the cockpit extended?