Why do lavatories in modern planes still have ash trays?

Last week I flew on a modern B737-700. I noticed that the lavatory was equipped with ashtrays (both on the inside as on the outside) even with the smoking sign on it. Smoking on airplanes has been banned from quite some time now, so why are lavatories still built where ash trays are provided? 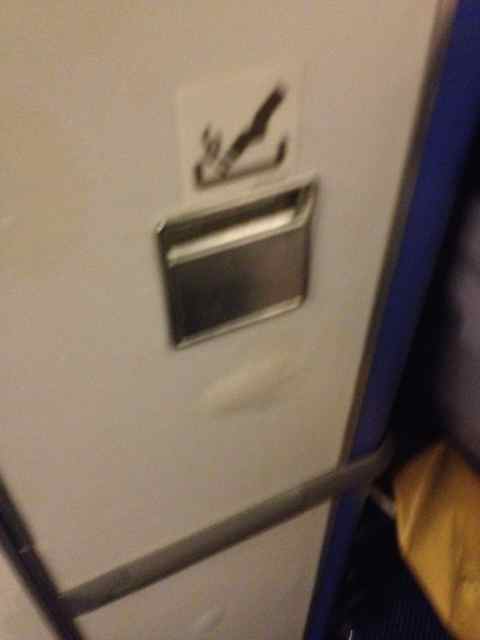 The law may be different in other jurisdictions, of course. Why the law still exists is another question, but either no one found the time to change it (laws are often very difficult to change once passed) or it was a deliberate decision to keep requiring ashtrays in case someone tries to smoke anyway.

EDIT: As commenters have noted, the law I quoted requires ashtrays outside the lavatories but it's still common to find them inside. My guess here is that the ones outside comply with the letter of the law, whereas the ones inside comply with the intent, i.e. they're there because if someone does light up, it will be inside the lavatory and not outside in plain view. This 2012 article quotes an anonymous FAA source as saying that people continue to smoke on aircraft so it still makes sense to have them for safety reasons. That raises the question (again) of why the law doesn't fully reflect reality, but that's neither unusual nor unique to aviation.

It's for safety. Smoking may be prohibited, but if a passenger smokes anyway, you don't want the remains of the cigarette to start a fire due to improper disposal, as probably happened with Varig Flight 820:

Here is the latest revision of FAA Airworthiness Directive 74-08-09.

"One size fits all". Since smoking is/may be allowed on some foreign airlines, it would be silly for Boeing and other manufacturers to build airliners that were smoker-equipped and those for non-smoking. It is easier and less costly to install ashtrays on all aircraft and just keep the no smoking light on for those flights where smoking is prohibited.

7
What was the reason for replacing the non-smoking sign with a "no electronics" sign?
19
Could the non-smoking sign still be turned off in modern airplanes?
7
Why do older planes not have a middle hand luggage compartment?
8
Do any modern airliners have a non-flat floor in the passenger cabin?
26
Why does an airliner fuselage have a constant section over its length rather than a tear drop shape?
2
Why are lavatories located near the exits of an airplane?
71
Why are there no "sleeper" planes?
17
Why did early 747s have only two or three windows on the upper deck on each side?
0
Why don't airlines place some physical separator between passengers in the planes to prevent the spread of COVID-19?