What is the oldest aircraft still in production?

The Beechcraft Bonanza seems like a likely candidate for 'oldest design still being made'; first flight was 1945, and it's still in production today (albeit made by the same parent company that makes Cessnas!). Even during the general aviation downturn in the US of the 1980s & 90s, production continued, as Kevin Cathcart pointed out in the comments:

FAA registrations show no gap in years of manufacture of the A36 Bonaza. I was able to find a registration for one manufactured in every year from 1980-1999 in california alone. Production did drastically slow during that time frame, but it never stopped. 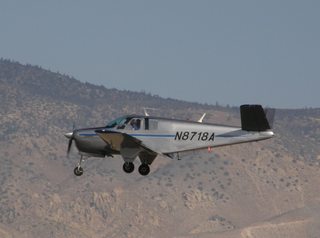 The Lockheed C-130 Hercules military transport first flew in 1954 and has been in continuous production ever since. According to Wikipedia, they've even been built in the same factory (in Marietta, Georgia) the entire time. 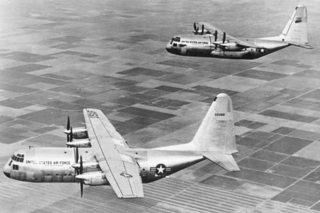 Because only around 2,300 have been produced (only!), they don't show up on the 'most produced aircraft list' mentioned in another answer.

I don't know if it counts, but the Messerschmitt Me-262 has seen a second production run of five aircraft being finished earlier this century after approx. 1500 had been built before the middle of the last, from 1941 - 1945. The new production was started in 1993 by the Texas Aircraft Factory, led by someone who had learned metal aircraft craftsmanship as an apprentice in Germany during WW II and who later moved to the US. The job was finished in Seattle by ex-Boeing people, and the aircraft were rivet-for-rivet copies from the original design, with one exception: They are powered by J-85 engines instead of the old Junkers 004B. The Junkers jets were similar in size and mass to the EJ 200 of the Eurofighter, but with 1/7 of the thrust and just 50 hours between overhauls were considered a liability.

Already in 1950, in the early phase of the Korean war, a new series of the Me-262 was briefly considered when US aircraft found themselves to be outclassed by Soviet-built jets. In the end, the Me-262 wing design heavily influenced that of the North American F-86 Sabre.

The Great Lakes 2T1A biplane trainer was designed during the roaring 20s and first flew in 1929. While there were many gaps in production over the years as the company and plans changed hands, it is currently in production - a design close to 90 years old!

A gander on the list of most produced aircraft on Wikipedia suggests the Cessna 172 which started production in 1956 and is still produced today.

However the Aeronca Model 7 Champion has returned to production in 2007 after a short production run from 1945-1950.

23
What is the difference between the V-shape tail and the straight tail on the Beechcraft Bonanza?
13
Which airplane has had the longest production run?
9
How much do 1947 and 2014 Beechcraft Bonanzas have in common?

6
Who was the oldest pilot ever so far?
13
Which airplane has had the longest production run?
8
What daily commercial flight is the oldest / has been running the longest?
11
What aircraft had the first pilot-assisted controls?
7
What was the first aircraft fitted with both an FDR & CVR?
20
What is the smallest manned jet aircraft?
6
Are any Boeing 720s still flying?
6
Which aircraft had the shortest operational life?
9
What was the first aircraft equipped with a RAT?
8
Did Japan actually use any production aircraft with inverted gull wings during WW2?