What are these points in this drag curve ("Lilienthal'sches Polardiagramm")?

If it matters, this is taken from EASA PPL questions by AustroControl. So far I think the points correspond to the following situations: 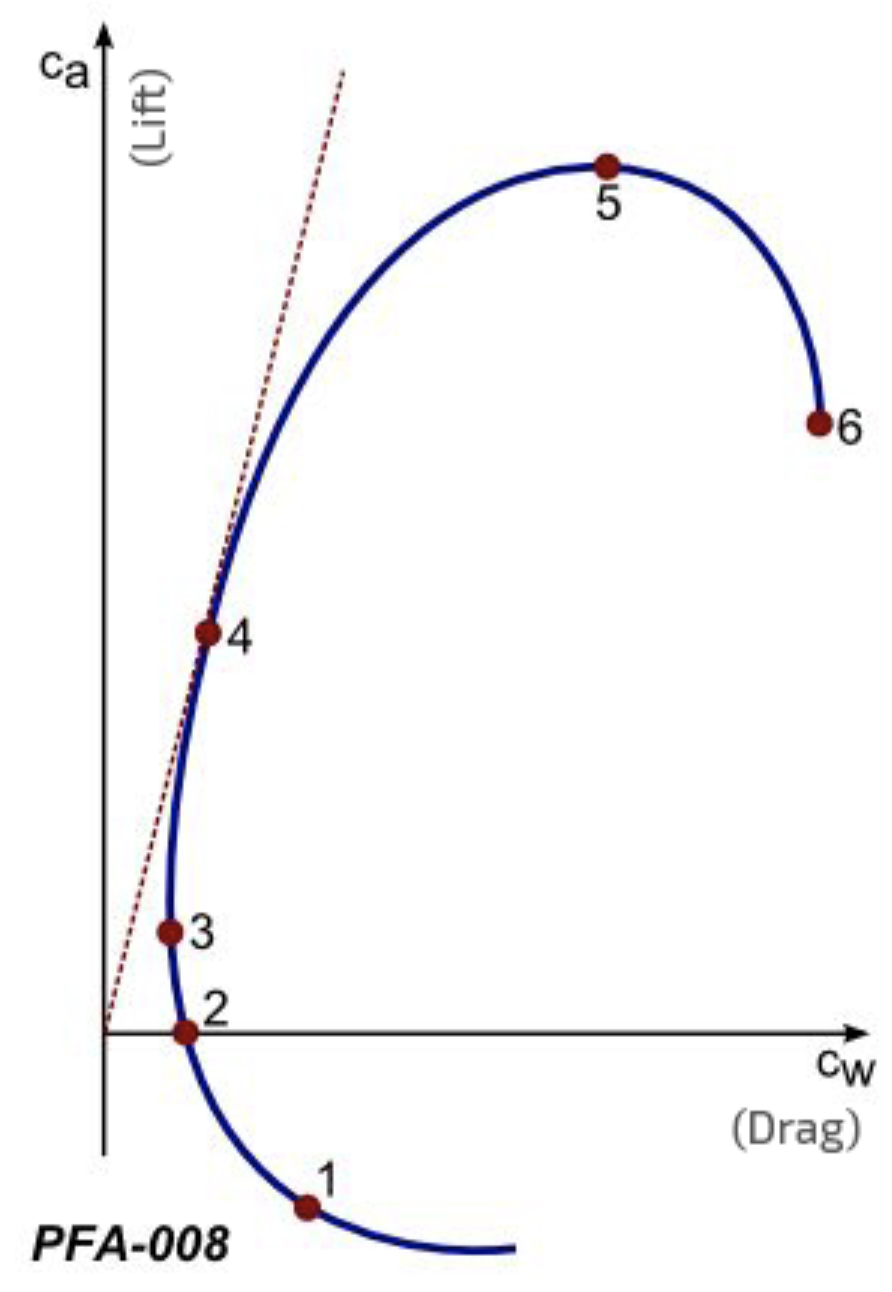 To be more exact, the above figure is taken from a question catalog for the AustroControl PPL theory exam. The catalog is based on the de-facto standard German PPL textbook Advanced PPL-Guide 2a - Aerodynamik Flugzeuge by Aircademy Ldt.

The book itself including the figure is under copyright, so it is best not to post a scan here. The original annotations for the numbers of that figure in the book (Chapter 2, "Strömung am Tragflügel", Fig. 19) are:

The graph seems to make more sense for a non-symmetrical airfoil.

1 is clearly a negative angle of attack
2 is no lift but slightly more drag than 3 ... hmm
3 has lift but a little less drag. Non symmetrical airfoils can generate lift at 0 Angle of Attack, so 2 probably needs to be at a slightly negative AoA for zero lift. This accounts for the higher drag.
4 is best lift to drag ratio
5 is a higher Coefficient of Lift but proportionally higher drag, which means higher AoA to compensate for slower flight (or higher wing loading, such as in a turn). Point 5 would be at what is known as "stall speed" (really stall AoA).
6 yes, this is stalled

Not the answer you're looking for? Browse other questions tagged aerodynamics ppl easa or ask your own question.

4
In the context of aerodynamics, what is a polar?
-2
What are these points in the Propeller Schematic?

11
What aerodynamic data (drag/lift curves) exists for the A-10?
7
What aerodynamic data (drag/lift curves) exists for the L-159 Alca?
11
Is the stall speed different at -1G?
5
How is it possible to perform a rapid climb / tight loop without stalling?
2
What aerodynamics forces are acting on a jet fighter during slow flight demonstration?
1
How to find the static stall angle of attack for a given airfoil at given Re?
5
Is a wingtip vortex strongest at the critical angle of attack?
4
Why this inertial regulator of dragonfly wing pitch reduces self-excited coupled flapping and feathering vibrations and improves gliding flight speed
8
What is causing these "corners" on this F-104 V-n diagram?
5
Why does lift decrease and drag increase when approaching the stall condition?