What is magnetic variation under RADIO AIDS TO NAVIGATION in FAA Chart Supplement, and How to use it?

I'm going to use couple examples to ask my question:

I know what magnetic variation is, and how to use it to convert true course to magnetic course. What I don't understand is what is it implying here, in the context of chart supplement, and how one would use it, for what purpose?

It clearly doesn't correlate with the isogonic lines in that area, and the bearings given are magnetic so they shouldn't need conversion (see here: What are the units for the bearing to center of an airport from radio aids to navigation in chart supplement?).

Conceptually, VORs (and VORTACs) emit radials which are fixed lines radiating out from the VOR. One of those radials is designated "north" (0º, 360º) and all of the other radials are designated based on their relative position from that "north" radial.

However, the Earth's magnetic poles shift over time. Here is the answer to your question: The radials of a VOR do not shift over time. If you return to the same VOR forty years later, the 360º radial will still be pointing the exact same direction it was when it was installed. But if you follow your magnetic compass "due north" you will no longer be walking along that 360º radial. That is why the variation listed for a VOR does not match what you would expect from the current isogonic lines.

The discussion is further confused because Skyvector, at least, assumes that when you are flying outbound from a VOR you are likely to be navigating using a radial off that VOR—and it silently provides you with a radial instead of a bearing. For example, if you enter into Skyvector the route KMLT..MLT..KMLT it tells you that you would fly a 133º track to go from the airport to the VOR, but on your return you could fly the 317º radial to get to the airport, rather telling you to fly a 313º bearing. (Note that the current variation is 16ºW while the variation for the NAVAID is 20ºW—thus a 4º difference between radial and bearing.) This certainly tripped me up when I was trying to confirm what I said above. 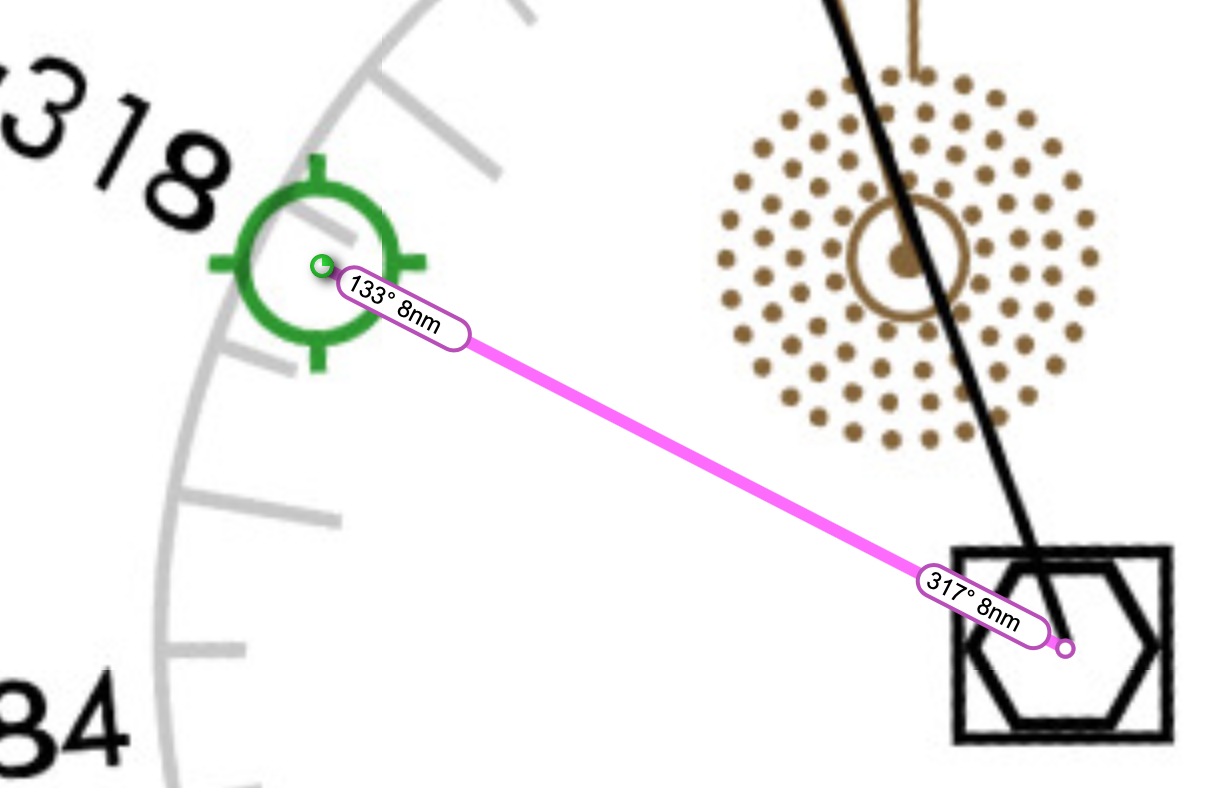 Note that DME stations do not emit radials. Instead they only tell you your distance to the station but nothing about your bearing. As such they cannot be said to have any variation at all; this is depicted in the Chart Supplement as zero variation, although the correct term would probably be "null" or "not applicable."

2
What are the units for the bearing to center of an airport from radio aids to navigation in chart supplement?