What causes pulses to appear in some contrails?

An aircraft at high altitude passed by faster and higher than normal, about 50% faster when compared to others in this recording. 2 mins later it appeared that half of the contrail developed right angle pulses evenly spaced along the contrail. It took about 7 minutes to clear. Is this normal? I have complete video. 2 pics attached. 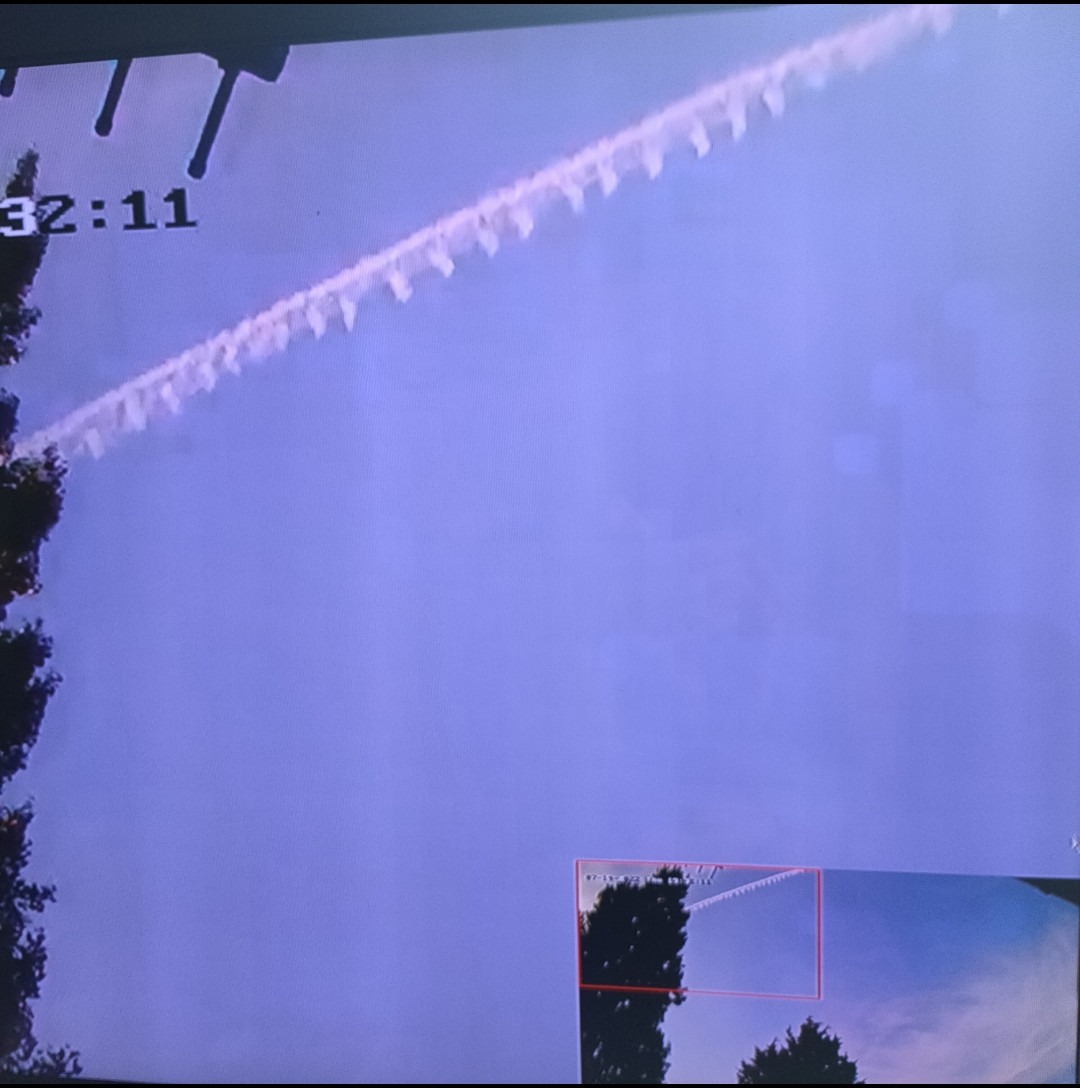 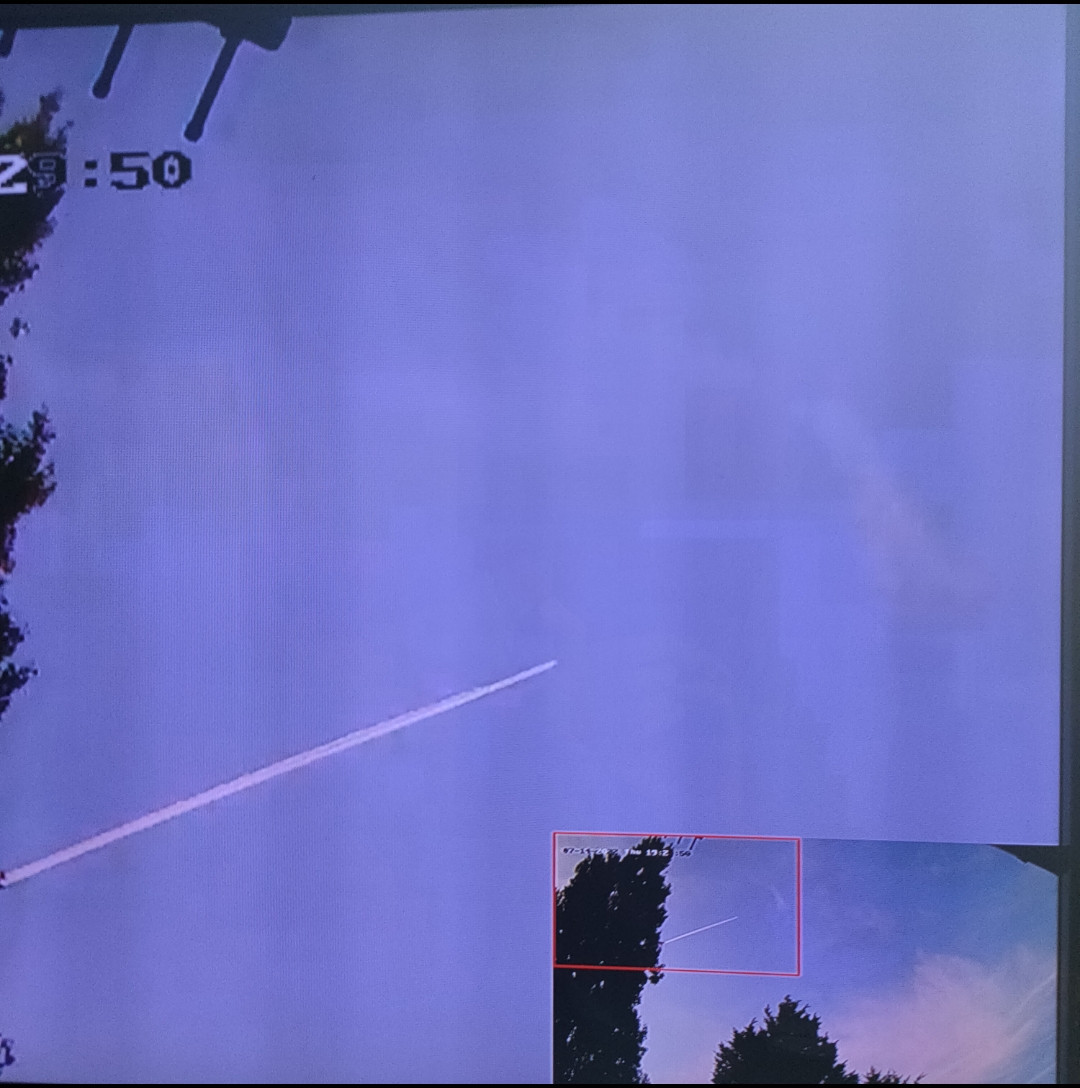 In 1992, Aviation Week reported on sightings of unusual contrails which were called "donuts on a rope" because they had evenly spaced puffs along a central line. The article speculated that they are the result of a "pulsed detonation wave engine", a propulsion technology which offers high efficiency at hypersonic speed.

Since then, there have been many sightings of such contrails and in many cases they were caused by conventional airplanes. The "donuts on a rope" speculation has been discredited as exactly this.

If you google for "donuts on a rope", you will find many more pictures and sometimes even a breathless comment that someone has spotted the airplane behind the black "Aurora" program. However, I am at a loss to explain how those contrails are made.

Contrails are the same as the steam that comes out of you car's exhaust on a cold morning. It's condensed or crystallized water as a byproduct of burning gasoline or kerosene.

Therefore, I would say it's some kind of fuel control or airflow issue with one of the engines. The contrails are ice crystals from moisture in the engine exhaust. Certain temperatures and exhaust moisture levels will produce the contrail - drop below a threshold, and the contrail stops.

The puffs suggest that one of the engines has some oscillation in fuel flow or mass airflow, and the oscillation is taking the moisture level in the exhaust above and below the contrail formation threshold with each cycle. It may or may not be noticeable to the crew, and may not even be a problem, as in engine malfunction, just a phenomenon that occurs when conditions hit a sweet spot.

I’m going to speculate that the hot exhaust gases quickly cool and the water content freezes into small ice crystals. Steam turning into ice contracts significantly and so clumps of water vapour may be pulled together into blobs that are visible from the ground, under certain conditions. Under other conditions the ice crystals may remain more or less amorphous, although I can’t immediately say what conditions would favour the one over the other.

Looking at the exhaust of the high supersonic turbo/ram Pratt&Whitney J58 jet engine we can see definite shockwave pressure pulse "diamonds" in the exhaust stream, which under the right conditions, may cause pulsed contrails (variable pressure is more favorable to form a "doughnut").

We can rule out a high bypass turbo fan as it would leave behind a better mixed "swirl". So, we may have a lower bypass military jet here, perhaps in afterburner, especially based on the "higher, faster" observation.

A pulse detonation engine is a candidate to produce this type of contrail, but may not be the only doughnut maker out there.

19
Why are some contrails longer than others?
15
Why are contrails not visible from the cabin?
28
Do jet contrails impact weather?
28
Do propeller planes give contrails like jets do?
4
How do contrails compare between piston-powered aircraft and jet aircraft?
21
Why are only some aircraft in this formation creating contrails?
9
Where do aerodynamical contrails get their condensation nuclei from, when forming at high altitude?
9
Why don't the contrails show the curvature of the Earth?
29
Can helicopters create contrails?