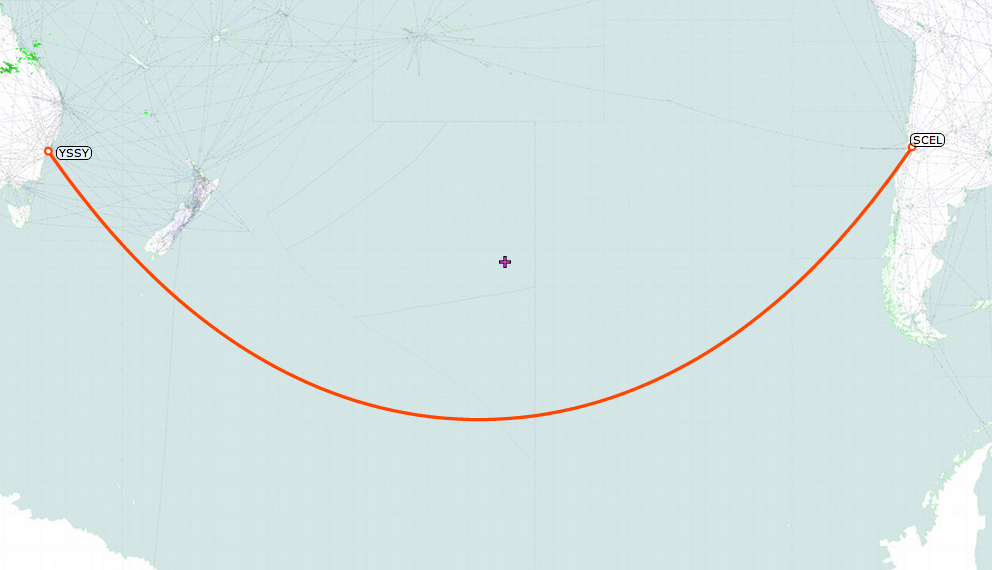 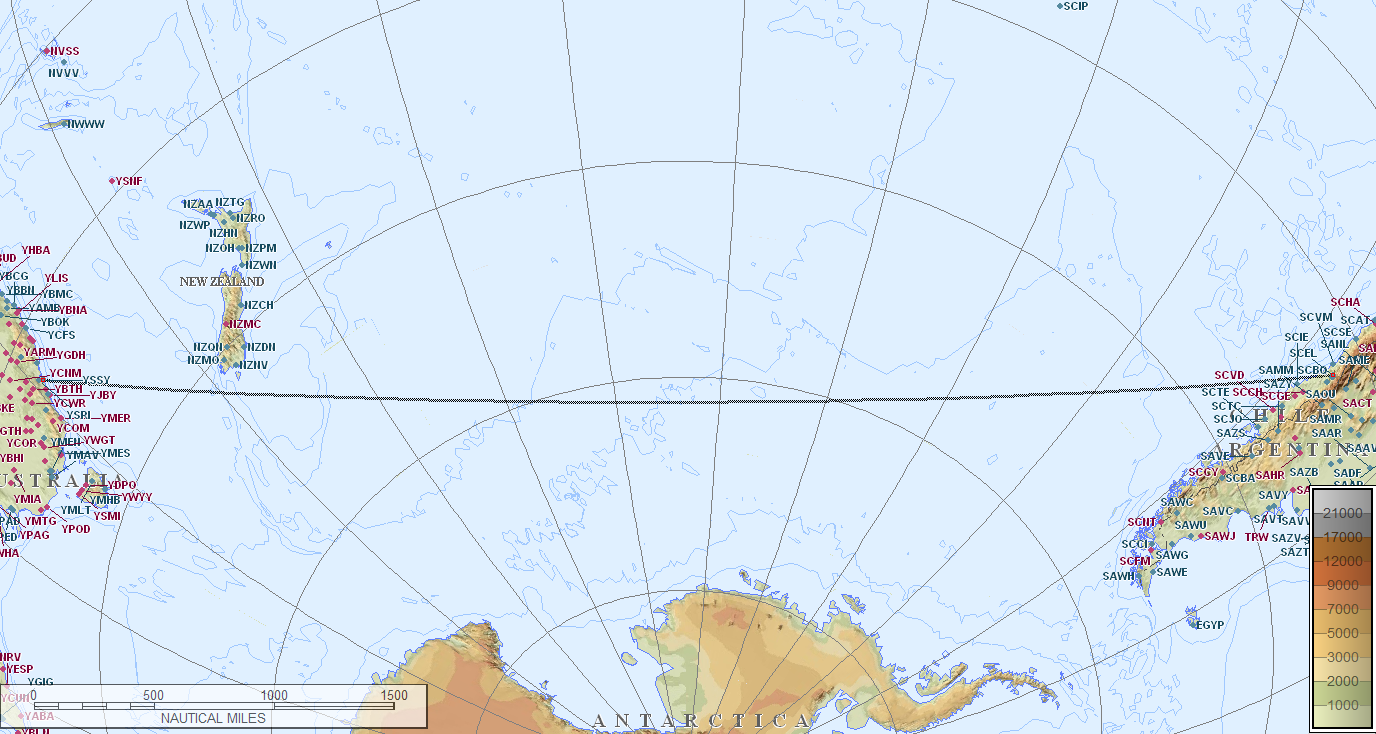 1
Can an aeroplane ever be so far away from an airport that it cannot land?
40
Can commercial airliners fly over central Antarctica during winter?
28
What's the UX in modern airliner avionics for diversion choices, and does it integrate to autopilot?
15
Which is longest Oceanic crossing for any commercial flight route?
12
What options would Qantas Flights 7/8 have in case of emergency?
1
What is the initial direction from Sydney to Santiago on a great circle?

13
Were civilian aircraft allowed to overfly the Soviet Union?
13
Is the "Bay Tour" flight path documented, or is it a more informal route? Are there similar flight paths for other cities?
1
How are "preferred routes" assigned if there is more demand than capacity on a route?
10
How do pilots avoid thunderstorms at night over the pacific en route to Australia where there is no radar? And what if a large front develops?
7
Are there any restrictions on long overwater flights by private aircraft?