Who controls mood lighting on a commercial airplane?

Who is in charge of controlling the mood lighting on commercial airplanes such as the Airbus A350 and Boeing 787? How is it controlled?

The cabin lighting is controlled by the cabin crew. There are usually control panels at multiple locations throughout the cabin, typically near an entrance door, where the cabin crew is seated.

On the Boeing 787, the cabin lighting is controlled via the Cabin Attendant Panel (CAP):

The primary lighting in the passenger cabin is controlled in the CABIN SCENE LIGHTING screen. Flight attendants choose from lighting scenes to set the cabin lighting. Lighting scenes are short sequences of lighting changes designed to transition to a level designed for various times during the flight. [...] 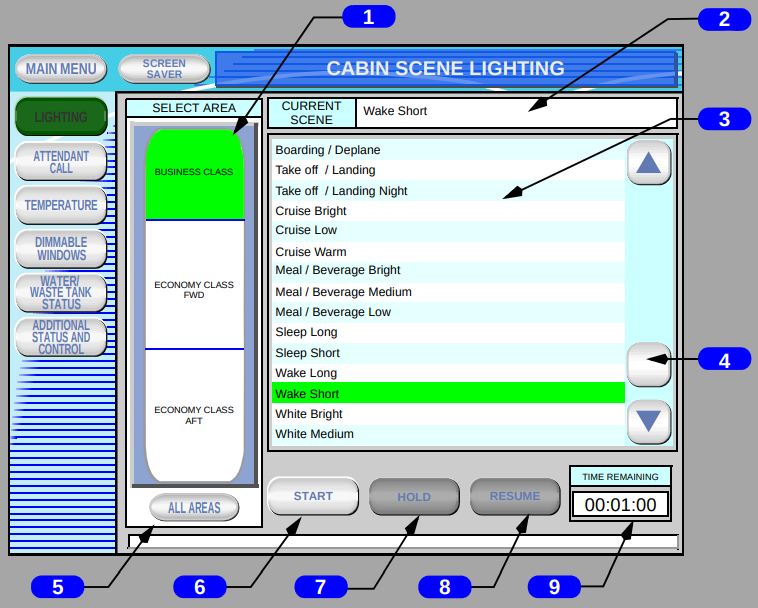 The cabin area can be selected on the left and a new cabin scene lighting on the right. When START is pressed, a transition into the new scene lighting is initiated. The following scenes are available by default (others can be configured by the airline): 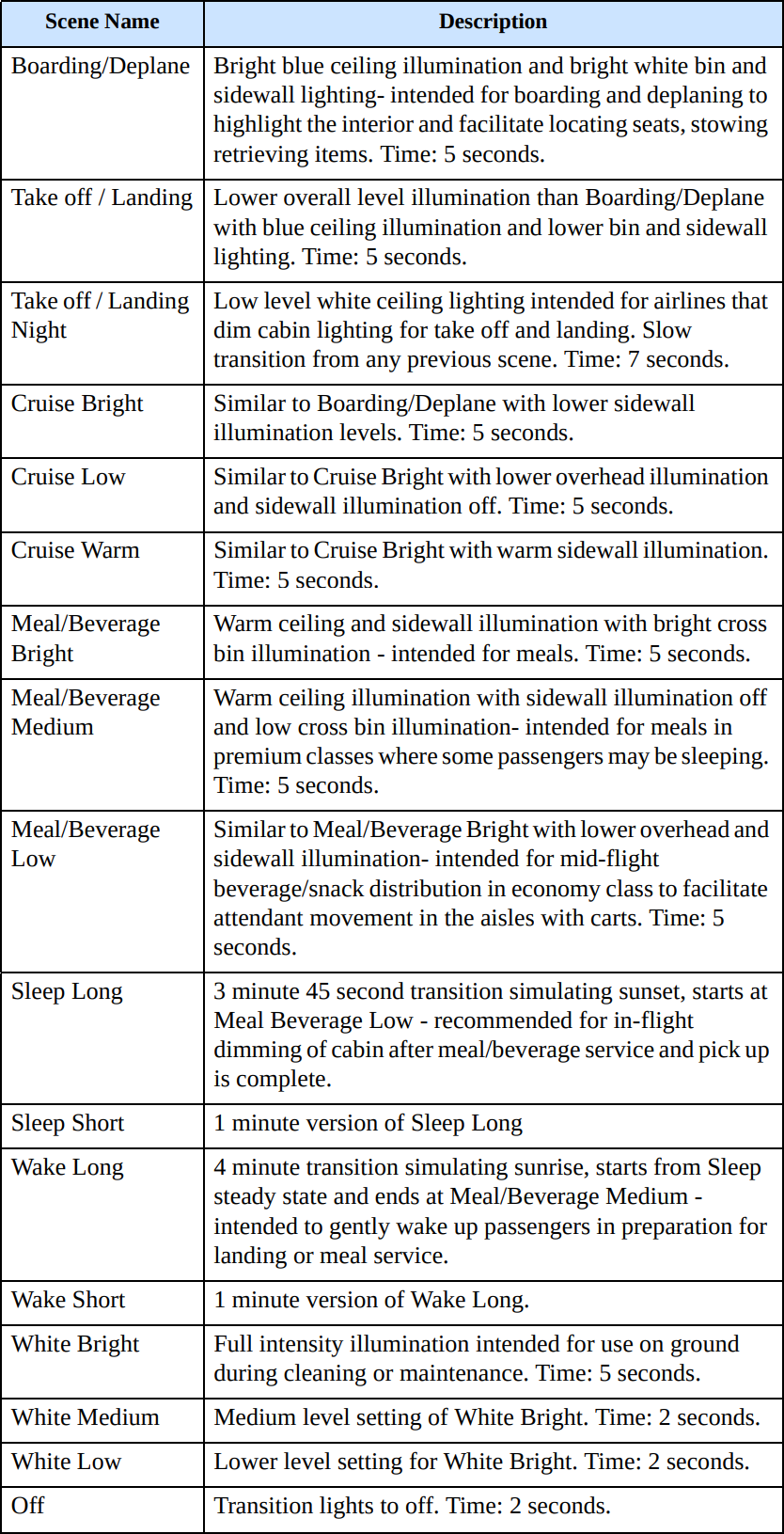 Not the answer you're looking for? Browse other questions tagged cabin aircraft-lighting or ask your own question.

4
How is the lighting panel of an Airbus A340 designed and how does it work?
3
What is the lighting technology behind the Dreamliner's dynamic interior lighting?
15
What is the viability of stacking passengers in an airplane cabin?
3
Which Airbus models have exterior LED lights? (Taxi, Landing, Rotating Beacon)
5
Is the increased humidity on modern jets artificial?
4
Who controls the cabin air temperature?
1
How Cabin Pressures Are Selected?
4
Is there a standard for the frequency/interval between flashes of anti collision strobe light?
4
Who would be allowed to operate with no navigation lights over a populated area?