What are the reflective structures above and to the rear of the engines on a VC-25?

In this video at 7:04 we see the following view of a VC-25 (an aircraft frequently known as "Air Force One"): 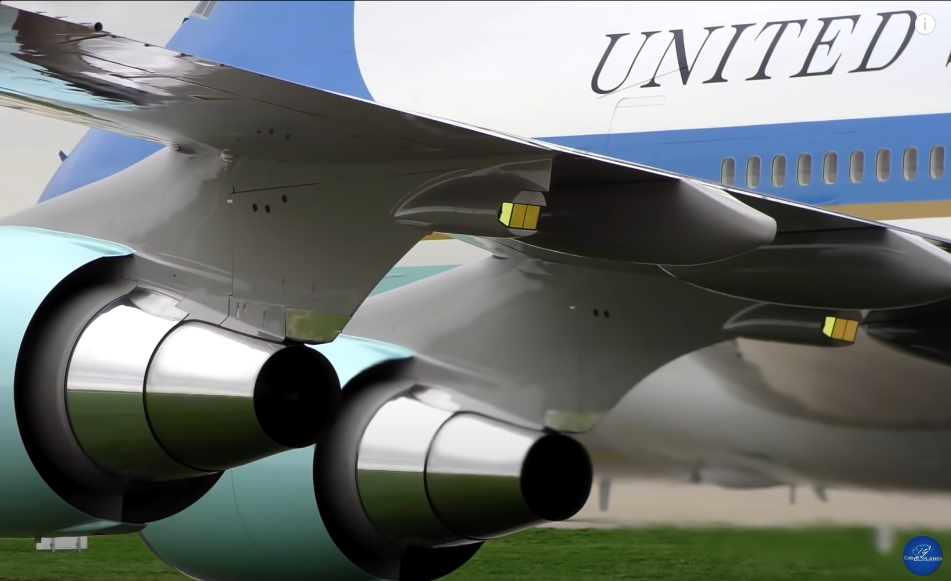 What are the two shiny, gold-coloured structures above and to the rear of the engine exhaust?

According to a comment on the video from Jamie Lancaster:

Behind the engines under the wing are the 2 IRCM (Infrared Counter Measure) Jammers - for Air to Air or Ground to Air Missile Defense.

In the comments below, GremlinWranger suggests that it's likely a descendant of the Common Infrared Countermeasures Program based on the appearance of the ALQ-144, which does indeed have similar mirrored panels.

A bit of further searching turns up this blog entry which claims to show pictures of the AN/ALQ-157 which is even more similar looking, particularly in its four-facet design with hemispherical coverage. (That page also has a reduced-size German poster explaining "Air Force One," by which they mean the V-25, but the relationship of that to anything else in the article is never explained.) 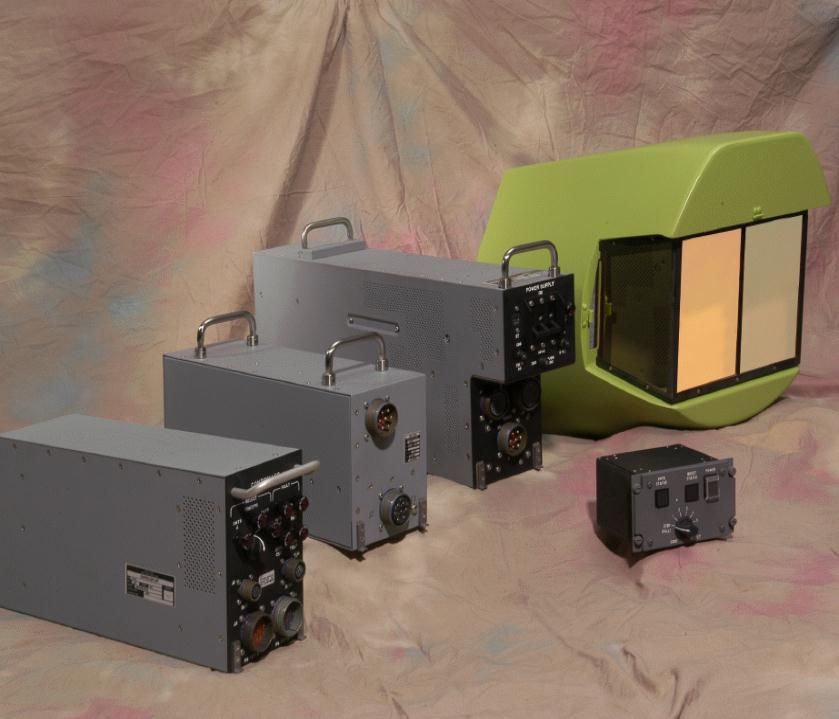 14
What are those things on the B747 engine pylons?
29
What are those hatches on the engines of a B-2 that are open during takeoff?
9
What are these windows/portholes on the English Electric Canberra bomber?
8
Is there a specific purpose for the silver "swoosh" on Air Force One?
3
What "jet engine" is featured in this ad that Simone Giertz made for a phone?
13
What are these pipes on an Avro Vulcan?
4
What would the call sign of a non-standard aircraft carrying the US President be?
11
What are these SR-71 "Ports" for?