Is the amount of dihedral on low wing aircraft based more on landing considerations than on aerodynamic benefits?

During a recent discussion on glider design, a quandary arose over what the aerodynamic effects of moving an otherwise unchanged wing from the top of an aircraft to the bottom would be.

One claim was that it would reduce "self righting" characteristics due to a change in the interaction of the relative wind to the upwind wing/fuselage root and reduced effect on the lift of the downwind wing. This would be the equivalent of increased "anhedral effect".

Another point of view was that lowering the wing lowers CG, increasing area above the CG, which (as an upright tail fin or fuselage component) would increase tendency to roll away from a side wind, or increased "dihedral effect".

In the mean time, high wings and low wings continue to fly on in abundance, with passionate arguments supporting the virtues of each.

With so much ambiguity, even after more than 120 years of aviation to sort things out, is it possible that both designs still exist because one really does not have a significant aerodynamic advantage over the other?

Landing considerations of long winged aircraft are obvious considering the dangers of catching a wing tip and "cartwheeling". Increased dihedral and a high wing position help prevent this. Others state low wings are easier maintenance.

In the air, are they really closer than we think? 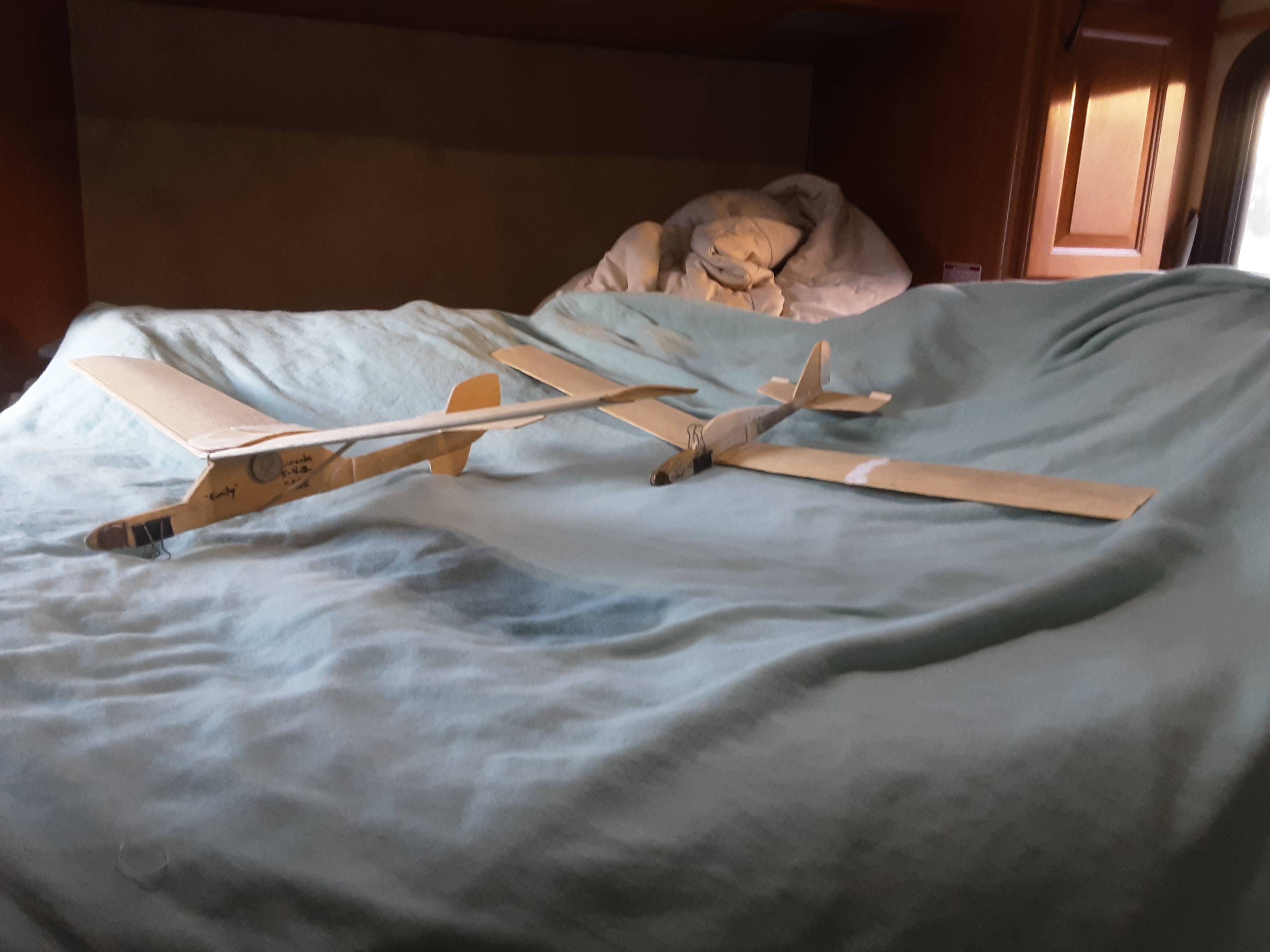 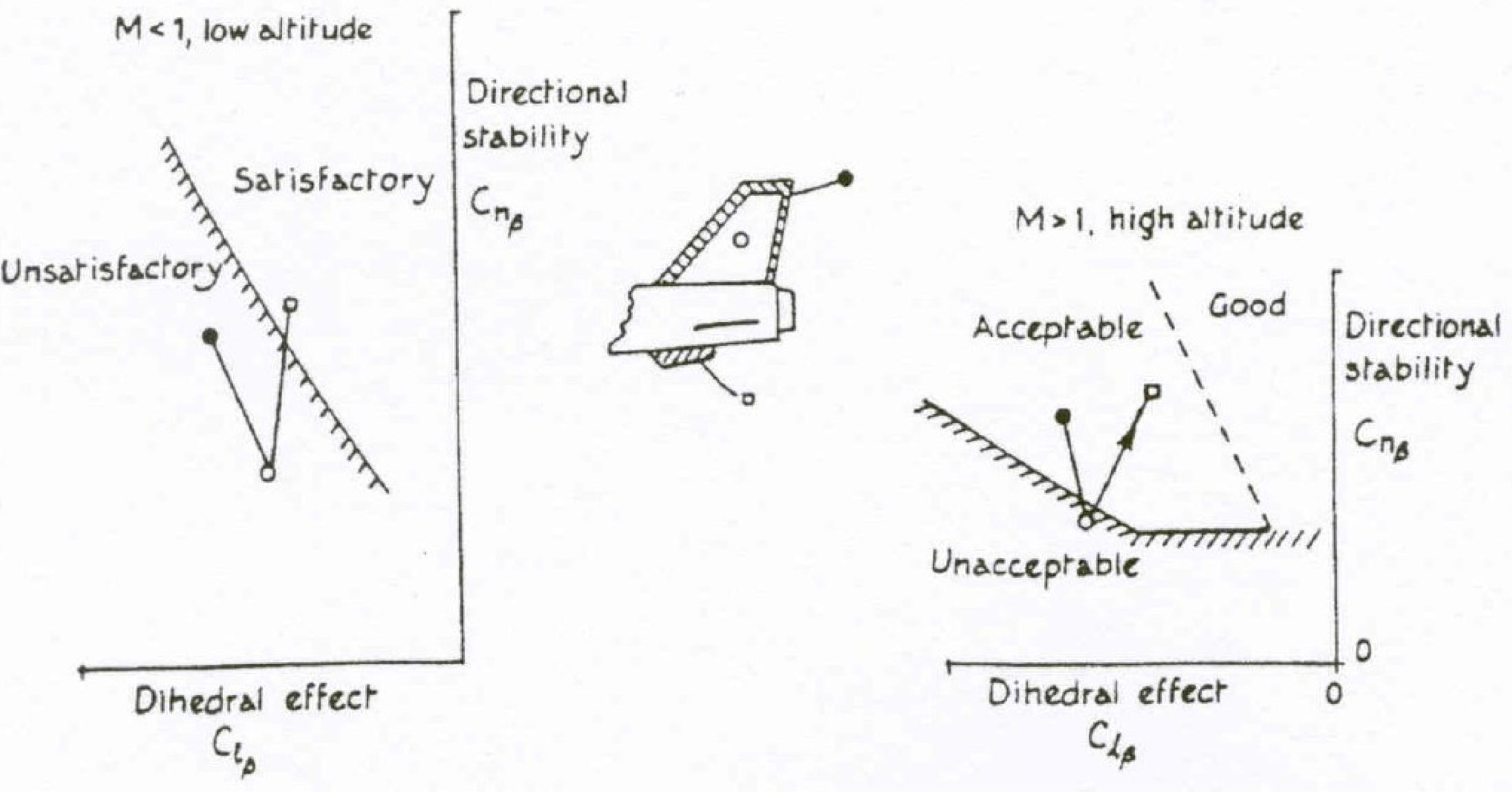 If weathervane stability is high, dihedral must also be higher than usual so the ratio of both coefficients falls into the "satisfactory" area. If the engine-out case drives tail size up, the wing dihedral has to follow so that flying characteristics do not suffer.

The hasty development of the Heinkel 162 resulted in too much dihedral and adverse flying qualities. The quick fix was to add Lippischohren (Lippisch ears), named after the person who used them first, Alexander Lippisch.

He-162 front view (picture source). No, these are not inverted winglets but Lippischohren to correct excessive dihedral.

Some points to consider:

So in the end, a low wing airplane with a dihedral angle of, say 3 degrees, might have the same roll stability, that is, righting force from sideslip, as a high wing airplane with a T configuration plus 1.5 degrees of geometric dihedral. In the end it's what do you have to do to achieve a given righting tendency from sideslip with whatever configuration you're using, and if you moved a wing from the top to the bottom, you would expect to have to increase (or introduce) dihedral angle to maintain the same righting tendency due to sideslip.

As far as landing conditions go, not really. The best example is the Corsair, where anhedral is used to shorten the gear legs, but must be offset by major dihedral outboard to achieve the desired roll stability. If the Corsair's wings were made straight with longer gear legs, the overall dihedral angle would be way less than the outboard gull wing's has to be.

18
Why are high-wing aircraft more stable?
8
Is there anything wrong with this more symmetric aircraft design, and why isn't it used?
4
Is a biplane without dihedral more stable than a low wing monoplane without dihedral?
3
What is the moderate dihedral angle for a low wing airplane?
7
How would a low-airspeed fixed-wing drone be designed to reduce effects from gusts and wind shear?
11
Do high-wing aircraft represent more difficult engineering challenges than low-wing aircraft?
1
Why did the Wright brothers take steps to increase the amount of vertical surface area forward of the CG on some of their aircraft?
3
Does dihedral improve roll stability in gusty conditions?