I'm presuming the blades have a differing angle of attack at the root and tip, but of a lower magnitude to prevent the root AOA exceeding the critical angle?

propeller airfoil angle-of-attack
Share
Improve this question
asked May 27 at 22:57

A couple of important distinctions here: 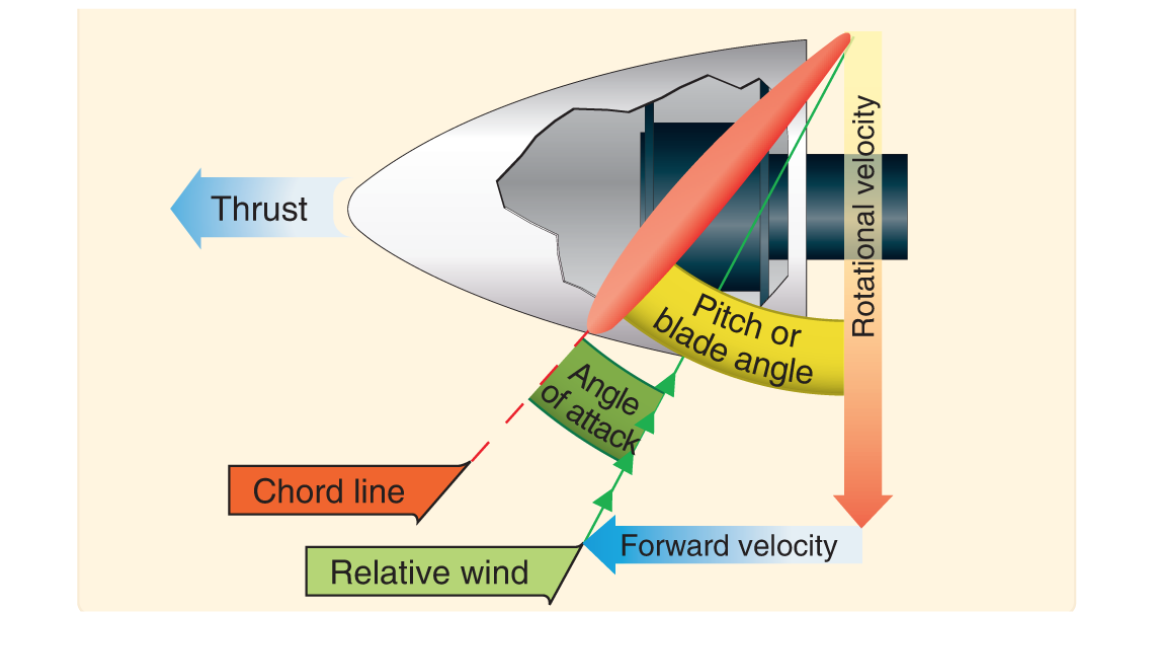 Picture above is from this link, which contains a good explanation on propeller blade shapes. It shows the AoA, with the two velocity components Relative Wind and Rotational Velocity. And the Rotational Velocity increases with increasing local blade radius. So in order to have a constant local AoA at every point of the blade, the local blade pitch must be a (linear) function of distance from the centre. Which can be seen in all propeller designs, old and new, fixed blade or variable pitch.

The term Variable Pitch may cause some confusion. All propellers have a local profile pitch angle relative to the spinning axis that changes with local radius, like in the pic above. But Variable Pitch means: the whole blade can increase its pitch angle, to keep the AoA constant with increasing airspeed.

Not the answer you're looking for? Browse other questions tagged propeller airfoil angle-of-attack or ask your own question.