What is the correct terminology for the ICON A5's wing configuration?

The ICON A5 would seem to be a "conventional" (if we stretch the limits of the term) high-wing monoplane.

But what about these things right here: 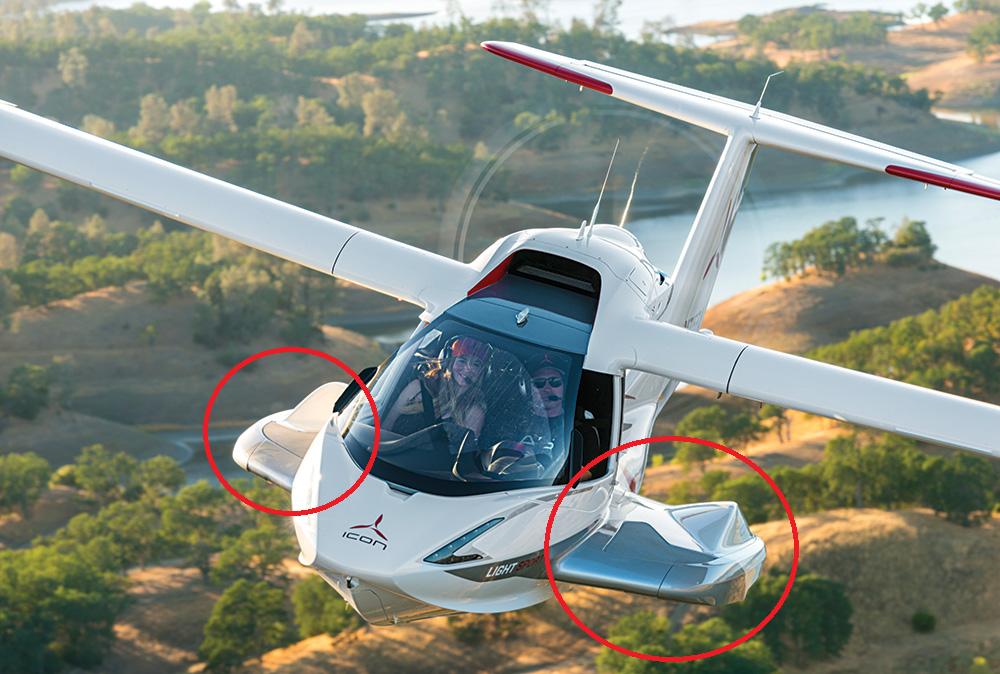 The protrusions from the hull, circled in red, are called "Seawings(tm)." Their declared purpose, according to the POH, is to stabilize the aircraft in water as well as provide pilot and passenger with a means of convenient in- and egress from the cockpit.

I can't find any confirmation or denial as to whether or not they generate any kind of lift, but they do seem to be shaped in a way that could be a manner of airfoil - and certainly if you're designing an aircraft and have lateral protrusions from the hull and you don't shape them to produce lift you've missed an opportunity.

So for the moment, if we assume they do generate some modicum of lift, does that mean the ICON is no longer properly referred to as a monoplane?

Would that make it a Tandem-Wing aircraft?

Do either of those terms stop having meaning if the seawings - which are declared as intended to provide stability in water and footing for embarking/disembarking occupants - are instead properly though of as structurally part of the hull - and thus the aircraft is at least partially a lifting body?

A famous aircraft with similar "sponsons" (that's what they are normally called) to keep the plane level in the water is the Boeing 314 Clipper. "Sponsons" were also used (and likely originally pioneered) on Dornier flying boats. Examples include the Dornier Wal, Dornier Do X, and Dornier Do 24.

Re a comment: The term "sesquiplane" is normally applied to an airplane with a much larger lower "wing" than we see on the Icon A5-- such as the Nieuport 11.

Consider: should we call the Fokker Dr.1 a "quadruplane", because of the little "wing" on the axle? (No, we should not.)

It would be a stretch to call the Icon A5, or the Boeing 314, or the Dornier flying boats noted above, anything other than high-wing monoplanes.

12
What is the correct name for this ILS Indicator?
7
Is "lower pressurization" the correct term for the 787 Dreamliner?
7
What are the correct names for the two faces of an airfoil?
1
What exactly rotates along the lateral axis? Is 'rotate' mathematically correct?
3
What is the term for an aileron that’s also used as a ground spoiler?
1
Degree of motion terminology for special aviation movements
1
What is the correct definition of "spanwise" and "chordwise" with a swept wing?