ifr-navigation sid-star rnav
Share
Improve this question
asked May 23 at 10:18

On an RNAV STAR the Transition Fix (there could be several for the same STAR) is the beginning of the transition from enroute to the terminal arrival portion of the procedure, see (SEGMENTS OF A SID/STAR) in the Aeronautical Information Manual, as noted by @randomhead in the comments to the question.

Below is an example of an RNAV Star where both the "Transition" and "Arrival" parts of the STAR are published (separately).

The first image is the clearance a specific aircraft was given into KLAX (from FlightAware data). Note the routing into KLAX is GABBL (an RNAV Transition fix) to HLYWD (an RNAV fix where the Arrival portion begins). 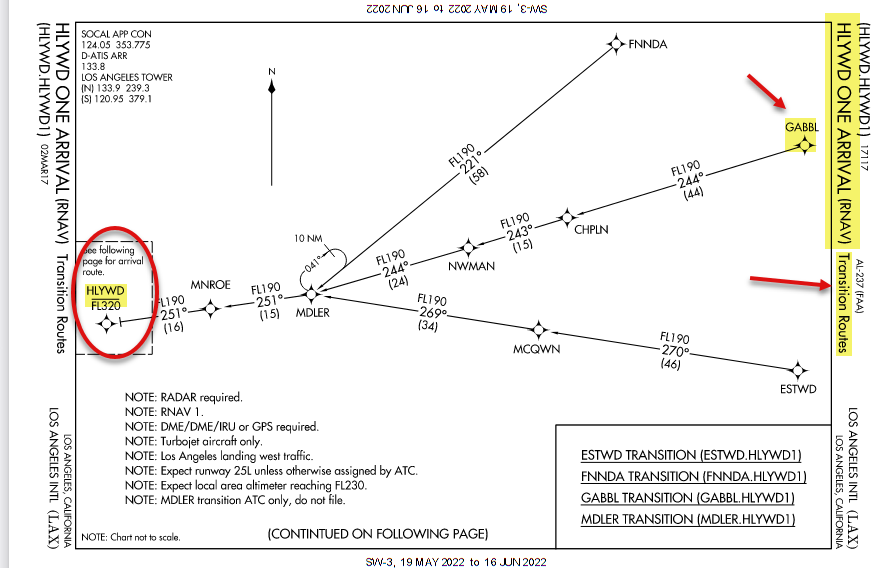 The next image is the Arrival beginning at HLYWD and ending at SEAVU. 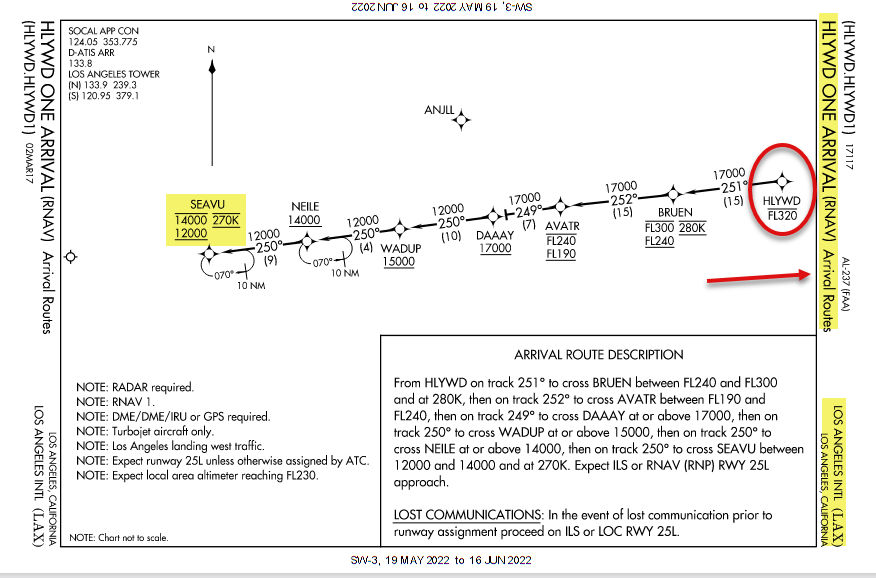 Not the answer you're looking for? Browse other questions tagged ifr-navigation sid-star rnav or ask your own question.