In this response to the APU location on an L-1011, in this image, there appears to be a large piston or leg extended downward along the centerline from the aft wall: 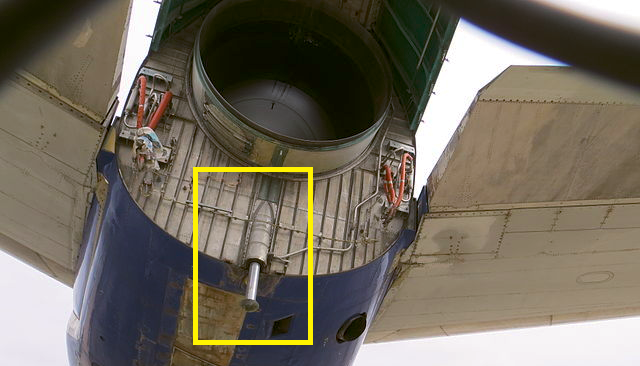 Modified: By Reedy (Own work) [CC BY-SA 3.0], via Wikimedia Commons

Question is, what is that and what is its purpose? Silly guesses: A giant locking pin? A shock absorber?

It's a retractable tail bumper. It's not available on the shorter -500: 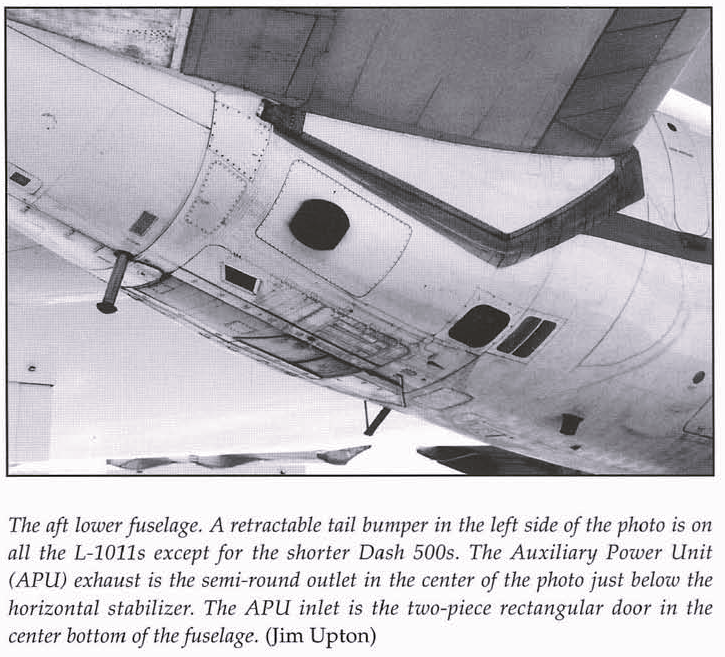 On a closer look the reference does not mention its purpose. But the flight manual mentions a "tailskid" being powered by Hydraulic System A, and then under the landing gear section confirms its purpose by saying, "On takeoff or landing, tailskid contact will occur when pitch attitude exceeds approximately 12.5°." (Page attached; emphasis added.) So, it's an anti-tail strike device.

(Given its shape I initially erroneously thought it similar to the ATR 72's "pogo stick".)

Also mentioned in an NTSB hearing c. mid-70s, the FAA asked that the L-1011 tailskids be painted to make it easier to spot a contact:

According to Mr. Tamalis, the manual is more definitive than the original manual with respect to landing techniques and, if the F.A.A. feels a revision is in order, it will ask the company to make such a revision. In this case, the revision was initiated by Eastern Airlines after the incidents and approved by the F.A.A. as a more definitive statement of procedure. The manual is more definitive in that it speaks to body angles for the first time, as well as reference speeds for landing. Also, Mr. Tamalis testified that there was a series of tailskids striking the ground with the L-1011s and, therefore, the F.A.A. asked the carriers to paint the tailskids so occurrences could be observed more quickly during a course of a walk-around.

Related: What is the indicated device under the tail of this B-29?

Not the answer you're looking for? Browse other questions tagged feature-identification lockheed-tristar or ask your own question.