How to calculate lift and drag of commerical aircraft in different phases of flight?

What is the best way to mathematically calculate values of lift and drag forces, in different phases of flight: takeoff, climb, cruise, descent, and approach?

Edit: I have the idea of calculating the lift force by using the information of speed and angle of attack (for the coefficient of lift value) in different flight phases from the pilot's "flight manual" (if it is obtainable there), in standard ISA conditions L=CL*(r+v⌃2/2)x wing area. For drag, I would use same inf. and the total drag coefficient is equal to the drag coefficient at zero lift, plus the induced drag coefficient Cd = Cd0 + Cl^2 / ( pi * Ar * e), where The efficiency factor (e) is equal to 1.0 for an elliptic distribution and is some value less than 1.0 for any other lift distribution. –

So lift and drag are properties directly proportional to the angle of attack (AoA) of the aircraft. The equation for lift and drag of an airfoil would be:

So if given the airfoil parameters, AoA, pressure, and shear stress, you can calculate the lift and drag. 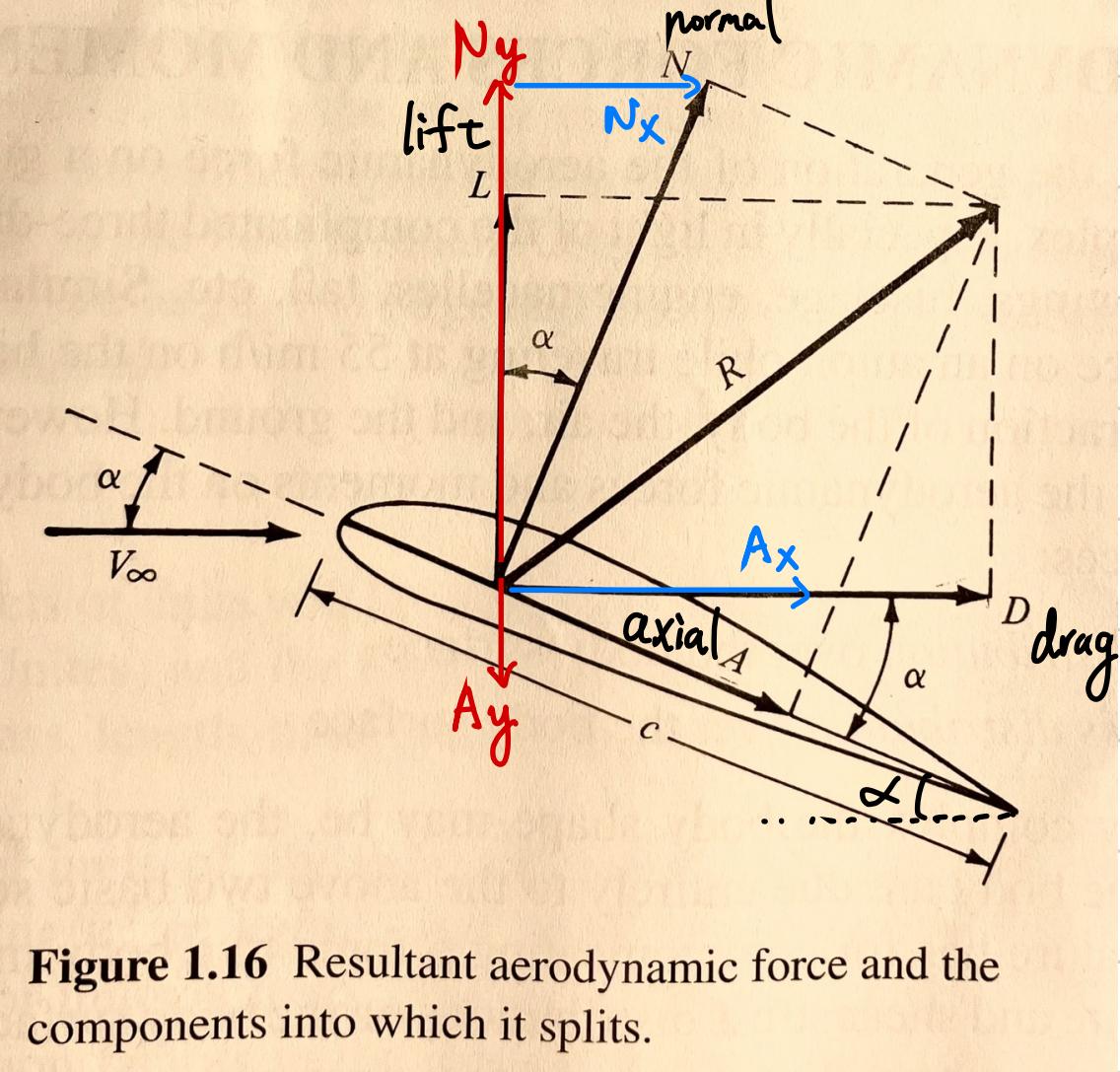 Moreover, if you are given the lift and drag coefficient, you would simply use the equation

and q_inf here denotes the dynamic air pressure far away. The equation for q_inf is q_inf=1/2rho_infV_inf^2. And as you may have guessed, rho_inf is the density far away and V_inf is the free stream velocity far away. (This equation is very similar to 1/2mv^2)

And S in this case is the surface area of your airfoil, or more generally speaking, the size of your object.

I hope this helped a little :)

5
How do you calculate total drag on a wing?
3
How can the zero-lift drag coefficient (parasitic drag) be calculated?
1
How to calculate the induced drag coefficient?
2
What are the contributors of lift-dependent drag?
1
Could drag in a turn be twice the drag of that encountered in straight and level flight?
1
How can the lift induced drag for a wing be calculated?
1
What would be the Sref i.e. Reference Wing Area for Drag Build Up Calculation in case of a box wing design?
4
Matching the Drag Equation to Real Airplane Data
0
How to solve normal and axial aerodynamic force coefficients integral equation to calculate lift coefficient for an airfoil?