What is the green arrow on the 777's airspeed tape? Does it exist on other types as well? 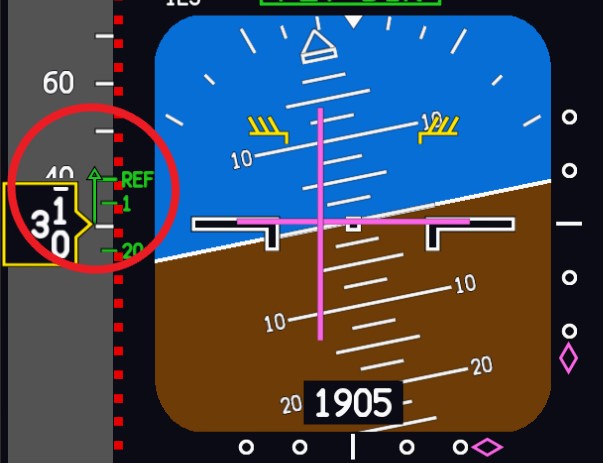 I found this green arrow on the primary flight display (PFD) of a 777. What does it show? I'm assuming it's for showing acceleration and deceleration but I am not too sure. Is my assumption correct? Also, does it exist on other aircraft types?

The green arrow is the speed trend vector showing predicted airspeed in 10 seconds: 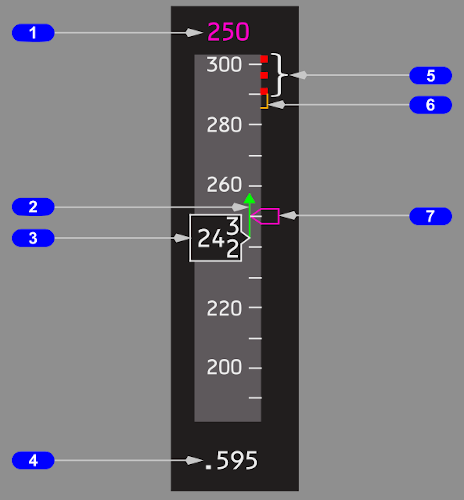 Indicates predicted airspeed in ten seconds based on current acceleration or deceleration.

Airbus aircraft also have a very similar feature, as already explained in this question: What scale is the speed trend line on a PFD's ASI?

Not the answer you're looking for? Browse other questions tagged feature-identification airspeed boeing-777 glass-cockpit or ask your own question.

5
What scale is the speed trend line on a PFD's ASI?

10
Can the safety of the Boeing 777 be extended to other models?
7
What is the difference between Boeing 777-31H and Boeing 777-31H(ER)?
31
Why does the speed tape on the Lockheed U-2 go the opposite way?
21
Why did some Caravelles have a very long dorsal fin?
21
What are those arrow markings on the wing?
5
How does maximum speed vary with altitude?
7
What main landing gear actuator does the Boeing 777-300ER have?
0
What do the dashed extended green lines on this PFD mean?
14
What are the two vents on the 777's left side behind the wing for?
4
Can someone tell me what is this on the overhead panel of the Boeing 777?