Are the terms "FMGS" and "MCDU" just Airbus-terms, or are there technical reasons behind the terminology?

I often see commotions online regarding the terminology. Are they just Airbus vs Boeing terms, or are there technical reasons behind them? In everyday speech FMC, FMS, FMCS, FMGS, CDU, MCDU can all be used interchangeably, if it's clear what one is referring to, but how did those terms come about?

The related post What's the difference between FMS and FMC? already shows the FMC being part of the FMS (academically speaking per NASA and SKYbrary), but what about those other terms?

In a really nice paper, a Honeywell engineer explains all the terms and how they came to be as FMSes evolved all the way to the 777. 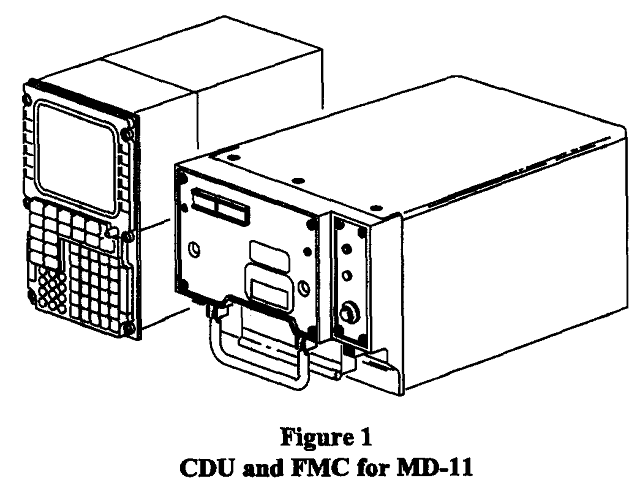 An FMCS has two basic components or boxes: a CDU (the pilot's interface) and an FMC (the actual computer). A typical installment will have two of each crossfeeding into each other.

Starting with the 777, FMCs are no longer discrete boxes, see: What is the difference between FMCF and AIMS on the 777?

An FMS will consist of the FMCS, and the interfacing components: EFIS (Electronic Flight Instrument System), auto flight, and auto thrust.

An MCDU, or Multi-function CDU, includes additional functions via the ARINC 739 interface:

Interestingly, the 747-400's and 777's flight manuals use the term CDU, owing to the basic CDU of the 767, despite being MCDUs according to their manufacturer.

That leaves us with FMGS:

The FMC "box" of the A320-family includes cards made by Sextant Avionique (now Thales) for the flight director, auto flight, and auto thrust, all in one unit, hence the G for Guidance and S for the all-in-one System.

In the Honeywell family, the Boeing vs Airbus relation is more of a software one: 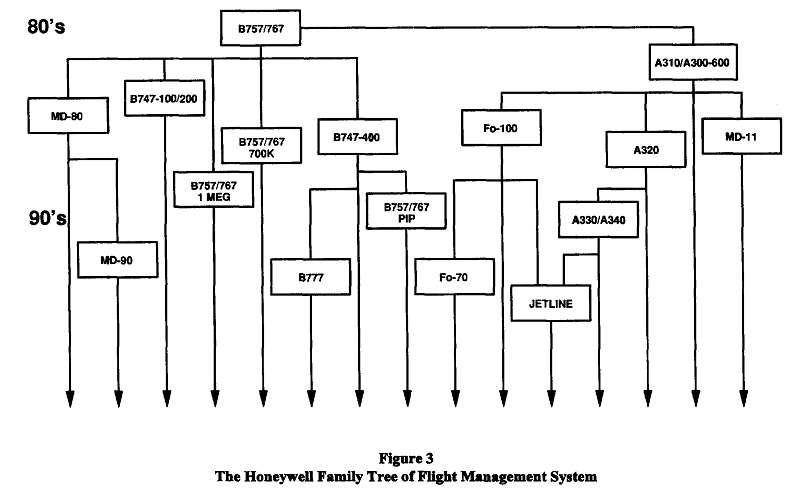 Internally (Honeywell), they are referred to as Brown (Boeing) and Gray (Airbus), based on the cockpit colors. The MD-11's basic architecture is Gray (as shown above), but with added Brown system functions, for example:

A notable but long forgotten acronym is AFMC (A for Advanced), where solid state memory replaced the ruggedized hard disk drives, which were the only option with "adequate speed and capacity" back in 1978 when the development started.

2
What are the meanings of these terms related to instrument flight?
1
What's the technical name of the side window on Boeing and on Embraer?
15
Are "Tally-ho" and "no joy" acceptable ATC terms for civil operations?
17
What is the history of "Joker" and "Bingo" fuel terms?
9
What are the fonts used in MCDU screens?
2
Are there any safety or technical reason airlines do not display flight information to passengers in real-time?
1
How should I read these abbreviations on the Airbus 320 MCDU?