What aircraft has this cockpit?

What is the aircraft shown in the cockpit photo below?
It was sent to me by someone who claims to be a pilot of this aircraft but I have my suspicions.

It is an Airbus A320 family aircraft.

Based on the general layout and design, it looks like an Airbus aircraft (although that can be misleading sometimes). There are a few distinctive items to look at when distinguishing between different Airbus aircraft: 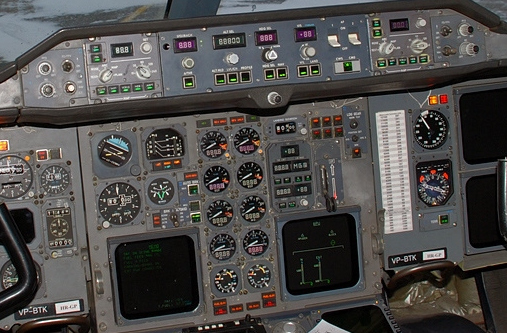 The Airbus A340 and A380 have 4 engines and therefore 4 thrust levers, excluding these types since your picture shows only 2 thrust levers:

The newer A350 uses wider screens, excluding this type since your picture shows much smaller screens:

The A380 and the similar looking SSJ100 have taller screens instead:

This leaves us with the A320 and A330, which have very similar cockpit layouts. One easy way to distinguish them is the alternate landing gear extension system (the one for the A320 is mechanical and located on the rear pedestal, the one for the A330 is located just below the gear lever, marked in red below): 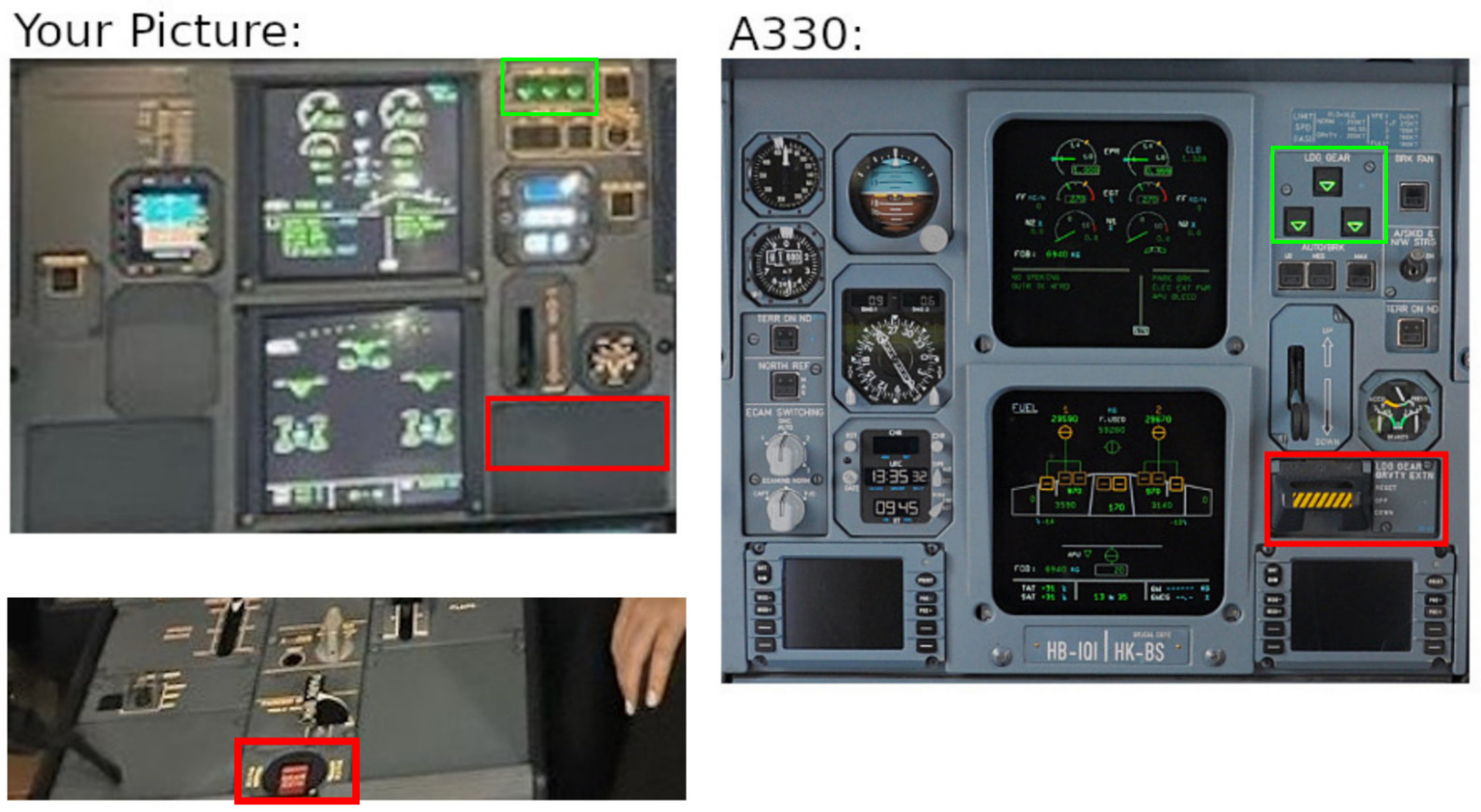 Also note the different landing gear indicator layout (marked in green in the pictures above), since the A330 accommodates for the extra center landing gear of the A340 (same family).

Therefore, the picture you show must be an A320 family aircraft. It is impossible to say which one (A318, A319, A320 or A321) based on that picture. Here is a comparison of the glareshield and pedestal: 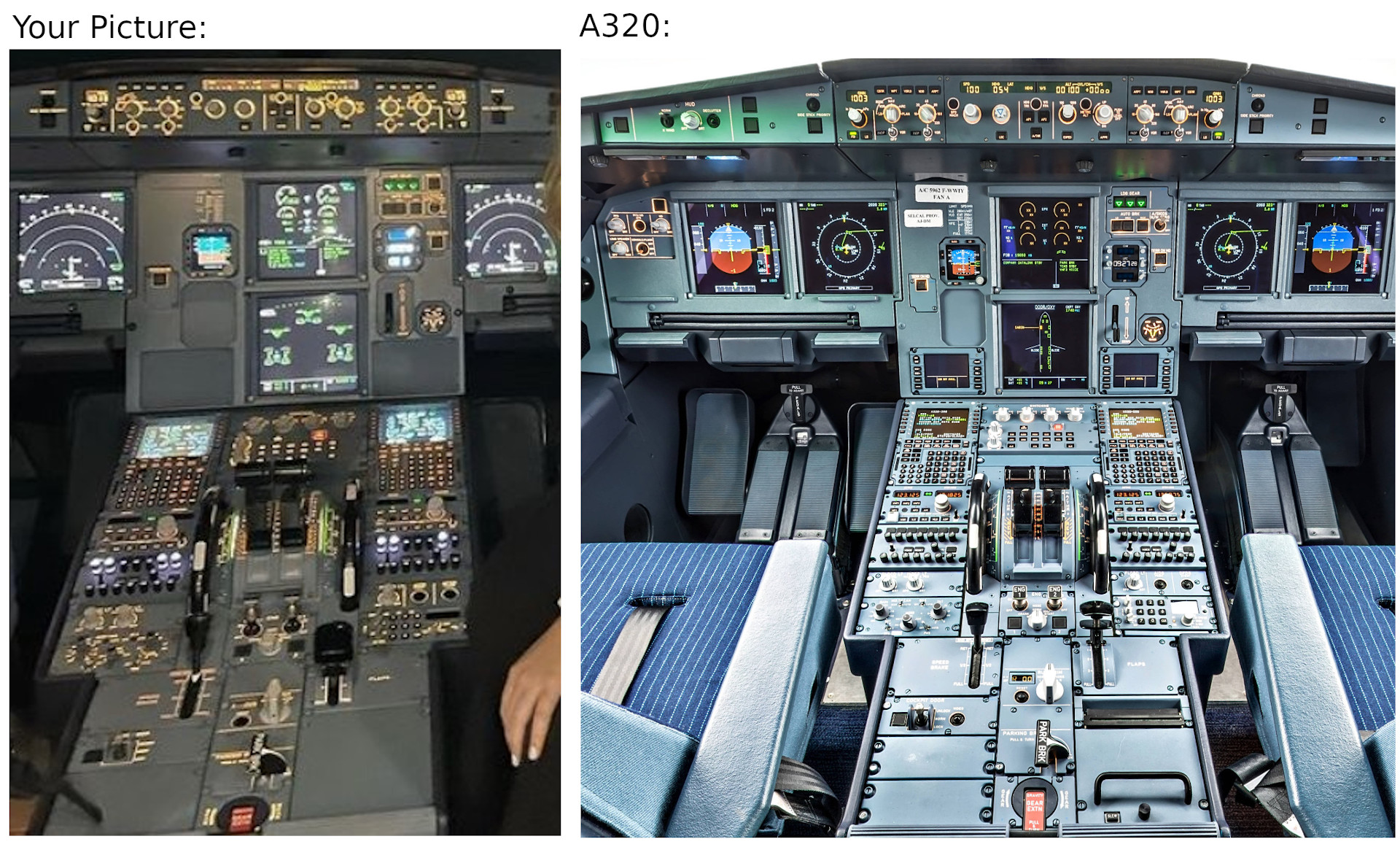 And here for the overhead panel:

It matches very closely to this picture of an Airbus A320 cockpit. 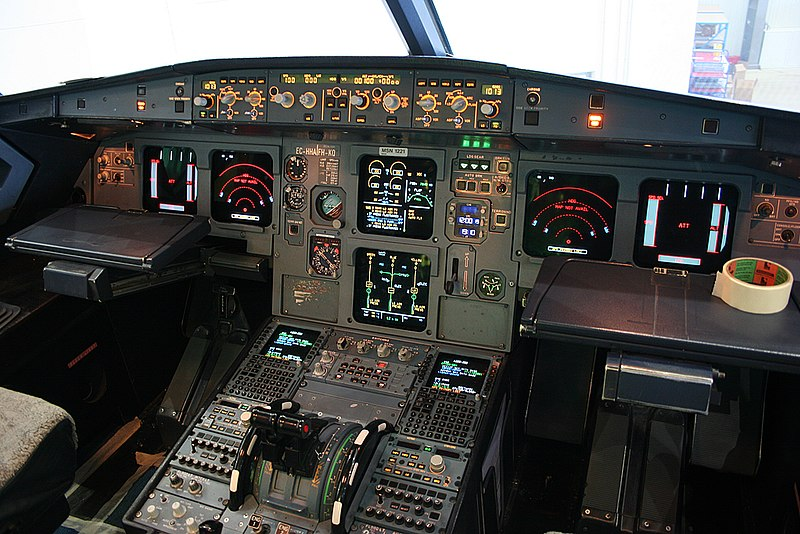 Taken from Wikipedia at:

16
What aircraft is shown in this cockpit picture?