What is meant when "flying/operating below Controlled Airspace"?

I'm currently studying for my PPL(A) and I've heard this phrase a few times now:

RPS should not be used when operating below Controlled Airspace.

Does this mean, you are flying in uncontrolled airspace (class F/G) with Class A-E above you?

So my question is can you have stacked airspaces -- multiple airspaces above a single point?

airspace ppl aircraft-classification
Share
Improve this question
asked May 10 at 14:01

It seems you're in the UK, and there are 5 different types of airspace (A, C, D, E and G), each of which have different rules about clearances required, minimum visibility etc. 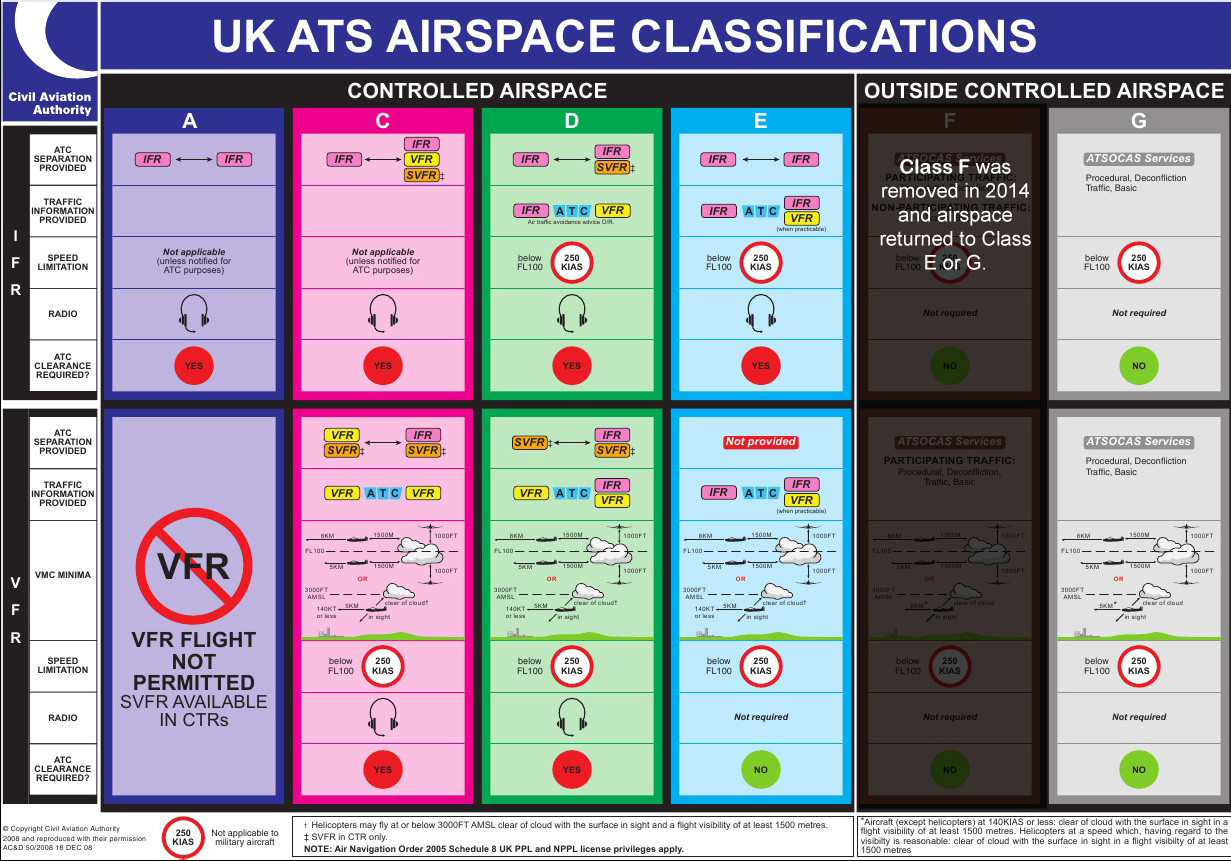 As you have noticed, the airspace above a given point does not have to belong to a single class, but there can be several layers on top of each other. Very common are e.g. the "inverted wedding cakes" of class C airspace above and around airports.

This picture from Germany shows it pretty clearly, the general idea should be the same for the UK: 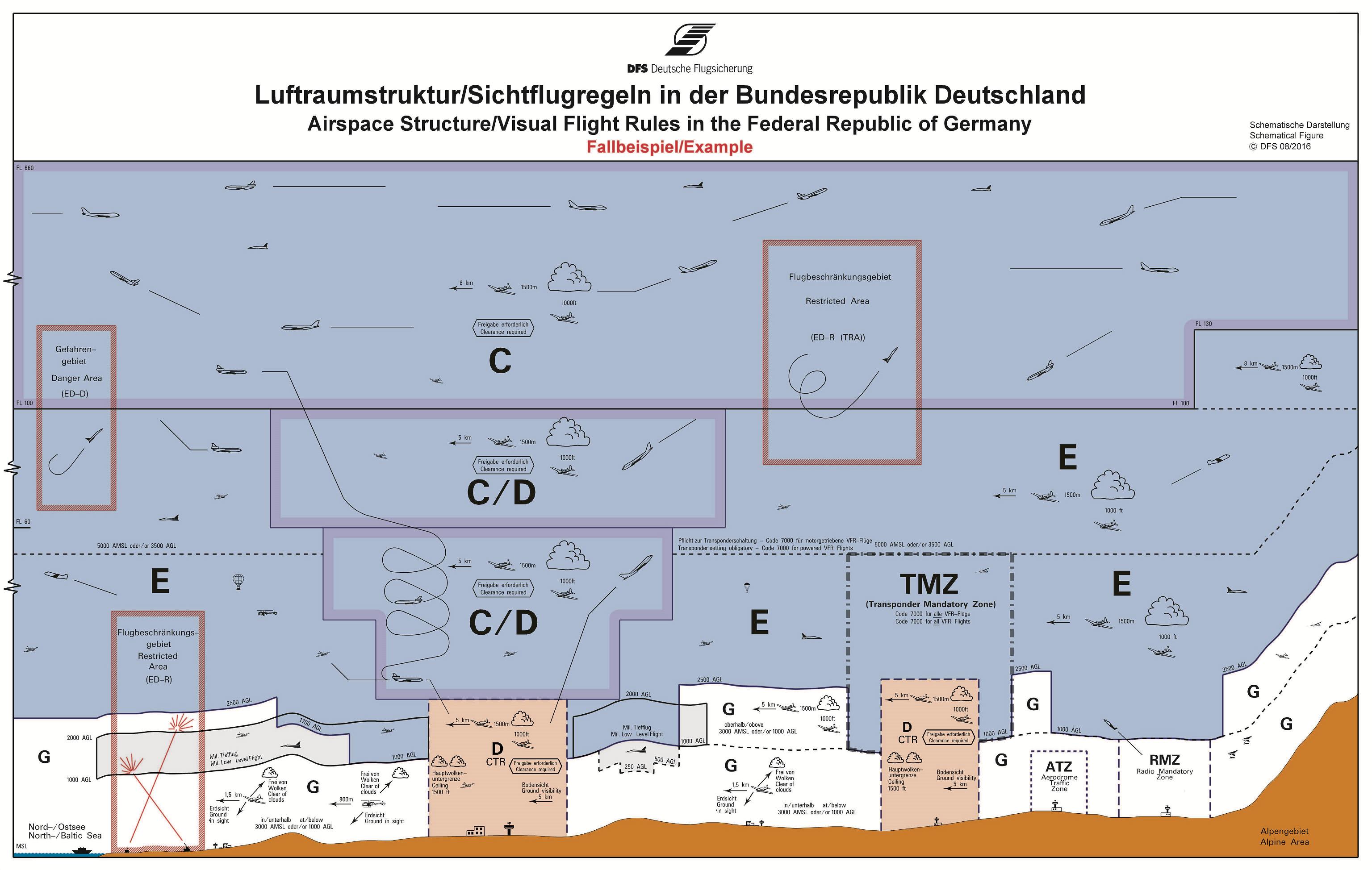 Most airspace at low altitudes is uncontrolled G except at airports, above that is class E, and only at high altitudes, where IFR traffic (airliners) is predominant, do you have controlled airspace (class C) again. In other countries, this may be class A with no VFR traffic whatsoever allowed (e.g. in the US). In the vicinity of airports you have the control zone (D) and above that, horizontally expanding, different layers of class C airspace, where IFR traffic departs or approaches the airport (the "inverted wedding cake" I referred to).

I am a little surprised that this is not part of what you are studying, but it may depend on the order in which you approach the different subjects.

Not the answer you're looking for? Browse other questions tagged airspace ppl aircraft-classification or ask your own question.

15
Are civilian/GA pilots expected to "see and avoid" fast military jets in VMC?
4
When is a transponder required below class B airspace?
12
Which parts of class E airspace can an ultralight (part 103) fly in without prior ATC authorization?
12
Is it possible for a non-towered airport to have keyhole extensions Class E starting at the surface?
26
When flying VFR without GPS, how do pilots know if they are inside controlled airspace or not?
3
Why are KACV and KTLV depicted differently on sectional charts than KSGU, KBIH, and KTPL, even though each is E2 w/ E4 extensions?
3
Is there a minimum weight requirement for flying manned aircraft in controlled airspace (B, C, D, E)?
1
What is the meaning of "transition area" as used by the FAA? Has the meaning changed over time since the term was introduced?
2
What does "outside controlled airspace above 1200ft AGL" mean?
5
Why does the surface-level Class E airspace at SIT/PASI (Sitka Alaska) extend so far to the northwest?