How are flight schedules displayed without ambiguity on DST change days?

Flight schedules are based on the local time of the station of departure or arrival. Twice a year though, this is either ambiguous or impossible. What happens on these boundaries?

It's only really ambiguous once a year, when moving from summer time to winter time and the hour is 'repeated' - in this case, departures and arrivals are scheduled in the 'first' instance of the hour: eg if the flight is scheduled 01:30, it will depart 1.5 hours after midnight. The clock will then go back eg at 2am, and the airport will be relatively for one hour with no departures (although, of course, arrivals may still come in)

On the other shift, the hour is 'lost' so the departure takes place later. In practice, no planes are scheduled to arrive or depart in this missing hour, and since almost all nations make the change in the middle if the night when airspace is very quiet and most airports have no departures at all there is virtually no knock-on effect. Arrivals arrive when they arrive, departures are simply scheduled for a 'real' hour, if there are even departures at all at that time of day anyway.

Note that this is only for passenger scheduling - in air traffic control etc all times are Zulu (UTC) which has no ambiguity.

TL;DR: Fall/Autumn, aircraft depart in the "first" instance of the hour. Spring: scheduling works as usual, but with no flights scheduled in the "missing" hour (eg 2-3am)

Daylight Savings does not cause ambiguity in flight schedules, even though it may appear to.

Before discussing your specific scenarios, let's look at some concepts. 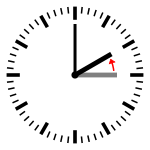 Now, let us talk about the scenarios you mentioned.

As suggested by fooot, I'm adding an example. This flight is from JFK to AUH.

This first example is on November 1st (when DST is in effect).

This is the same flight on November 2nd (when DST is not in effect).

1: Not all parts of a single country may observe DST. In USA (for example), most parts of Arizona do not observe DST. I agree with them, DST does not make any sense or provide any benefit in today's world.