P.S. I am making a distinction between propeller efficiency and propulsive efficiency. This question is only about the former. C.f. Propeller Efficiency calculation different by two methods

My XROTOR.DOC file from October 1988 reads:

So we run XROTOR once with realistic drag data and once again with the same propeller but all drag coefficients set to zero. Since I last used XROTOR in the last millennium, I have only my old MacOS version which I run in Sheepshaver. It took me a while to get familiar again, and I took Mark Drela's Daedalus propeller file as the input. Copy-Paste from the old to the new OS doesn't work, so I have pasted screenshots here: 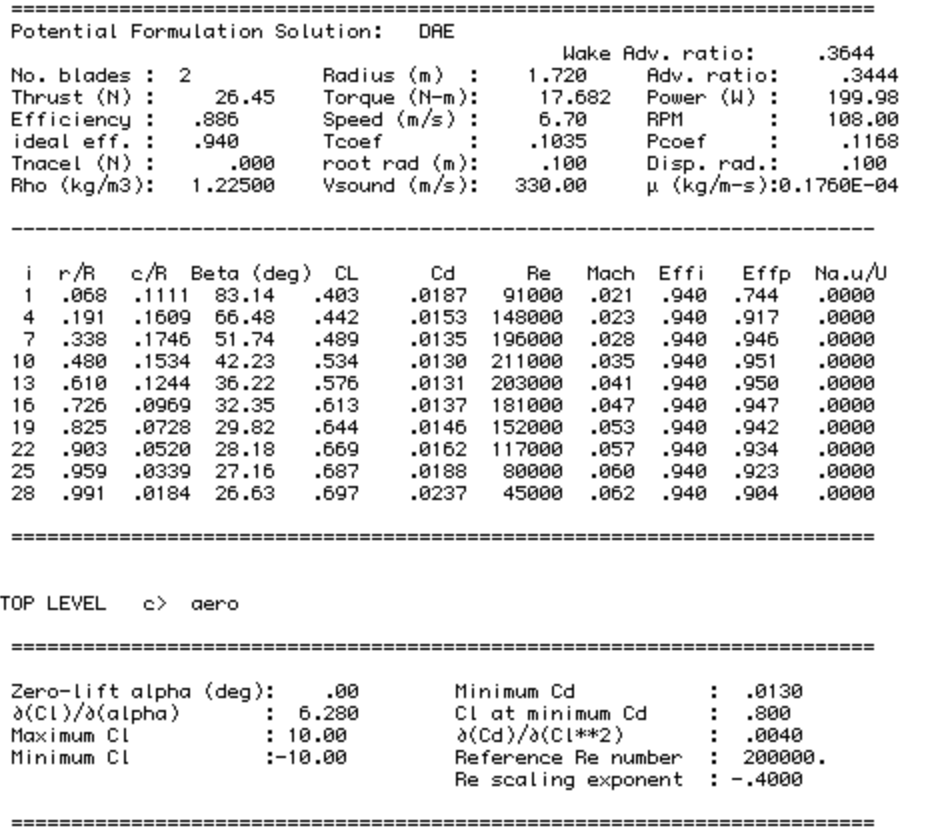 Next, I use the AERO submenu to set the drag parameters and redo the calculation at the same RPM: 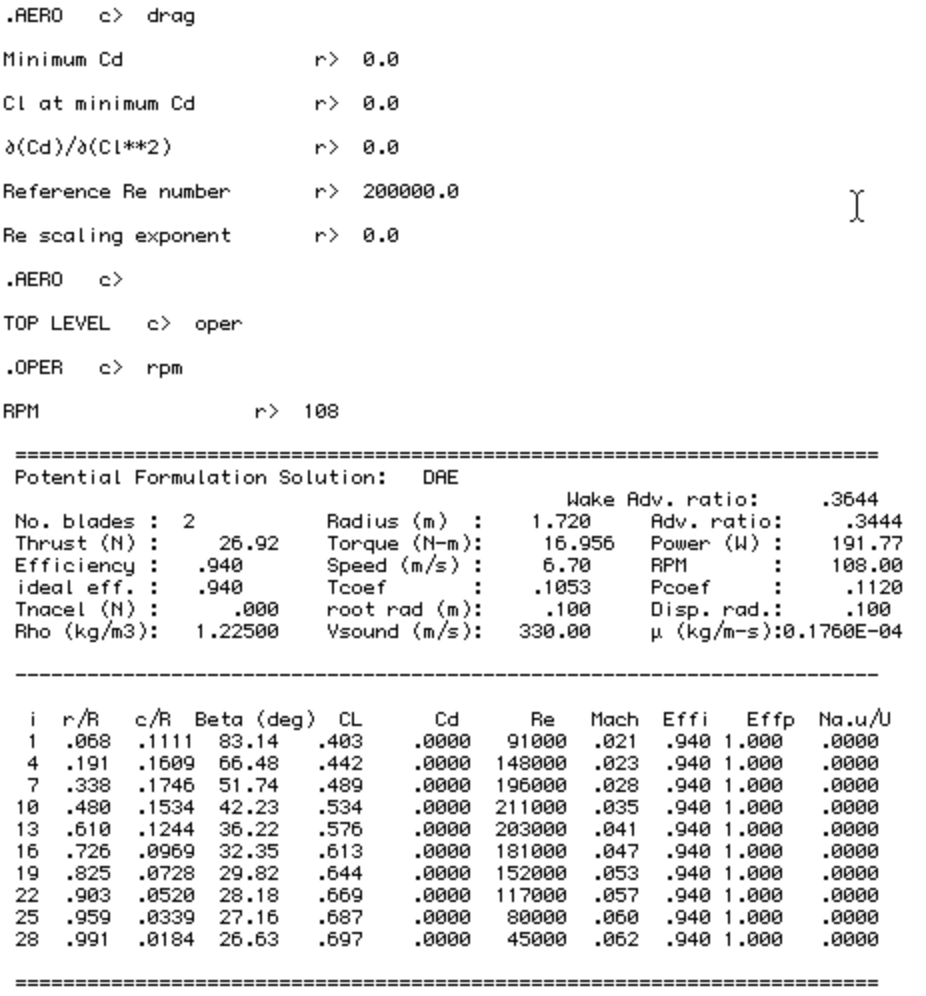 What a surprise, without airfoil drag our efficiency equals the ideal efficiency. Looks like I did everything right to isolate viscous effects. The difference is a jump in efficiency from 0.886 to 0.94, a bit more than 5%. This is for a very lowly loaded prop at a very low Reynolds number, so the viscous effect is rather large. Expect less for larger props at higher speed, so your factor k will range between 0.943 and 0.984. The last number is valid for a 6-bladed prop driven by an AE2100 engine, the input file of which I also had at hand.

15
What is the propeller efficiency, $μ_p$, of modern propellers for light sport aircraft?
4
Propeller Efficiency calculation different by two methods