Can a missed approach be used to satisfy the requirements for the long cross country as part of an instrument rating?

The long cross country requirements are as follows:

(A) A flight of 250 nautical miles along airways or by directed routing from an air traffic control facility;

(B) An instrument approach at each airport; and

(C) Three different kinds of approaches with the use of navigation systems.

faa-regulations flight-training instrument-flight-rules instrument-rating
Share
Improve this question
edited May 2 at 2:57
The Great Java
asked May 2 at 1:58

I also looked to see that you made a landing at an airport beyond 50NM from the original point of departure. It sounds like you did so it is a cross country flight.

The flight was conducted under IFR and coordination with ATC was necessary to conduct the missed approach and then cancel IFR and fly visually to the alternate. An examiner, when looking at the logbooks, may ask you questions about that flight. As long as you are forthright with the conditions of the flight should be no problem.

Based on the information in the FAA's "InFO15012" document, dated 9/8/15 and Titled "Subject: Logging Instrument Approach Procedures (IAP)," it appears that under the circumstances you describe in your question "... we decided to go missed due to terrible wind gusts" you should be able to count/credit that IAP towards the requirements for your instrument rating.

Below, are two relevant excerpts from the FAA InFO15012 document noted above. (see the full document in the InFO15012 link in the first paragraph above) 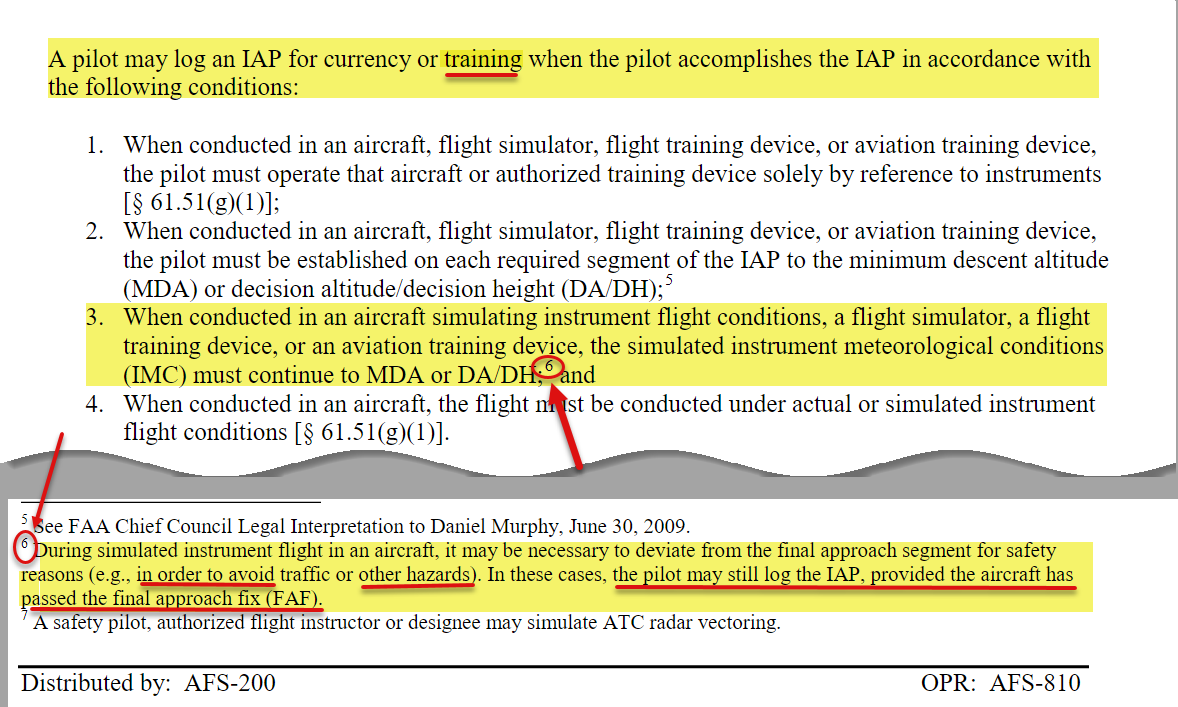 Not the answer you're looking for? Browse other questions tagged faa-regulations flight-training instrument-flight-rules instrument-rating or ask your own question.

6
Is Part 91 Instrument currency for SIC similar to Part 135 requirements?
26
I accidentally deviated from an ATC instruction as a student pilot. How bad was it?
13
What is the correct traffic pattern at a towered airport?
8
Are there any widely applicable models for plausible aircraft auto-routing?
13
Why must the long cross-country flight for a commercial rating be solo?
1
Can the commercial night cross country be done under IFR?
0
How much simulator time can I use towards a part 61 instrument rating?
1
Does my instrument rating 250nm cross-country also count for my 100nm commercial one?
0
Does the cross country for instrument rating have leg distance requirements?