Would a pulsejet/turbine hybrid be efficient?

A pulsejet is an engine with a few moving parts (only the chamber shutters I think) in which fuel is injected in the combustion chamber, leading to a explosion that pushes air to the exhaust. After the explosion, the air flows to the chamber again, leading to a new explosion and the cycle continues. 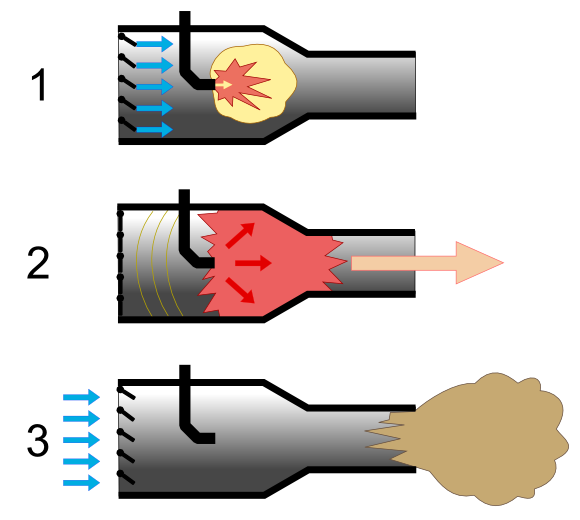 This type of engine is really inefficient for a number of reasons, but to me this kinda resembles a piston engine; in the sense that it also works by small explosions. Unlike the pulsejet, the piston engines compresses air (the second stage of the combustion cycle on the picture). 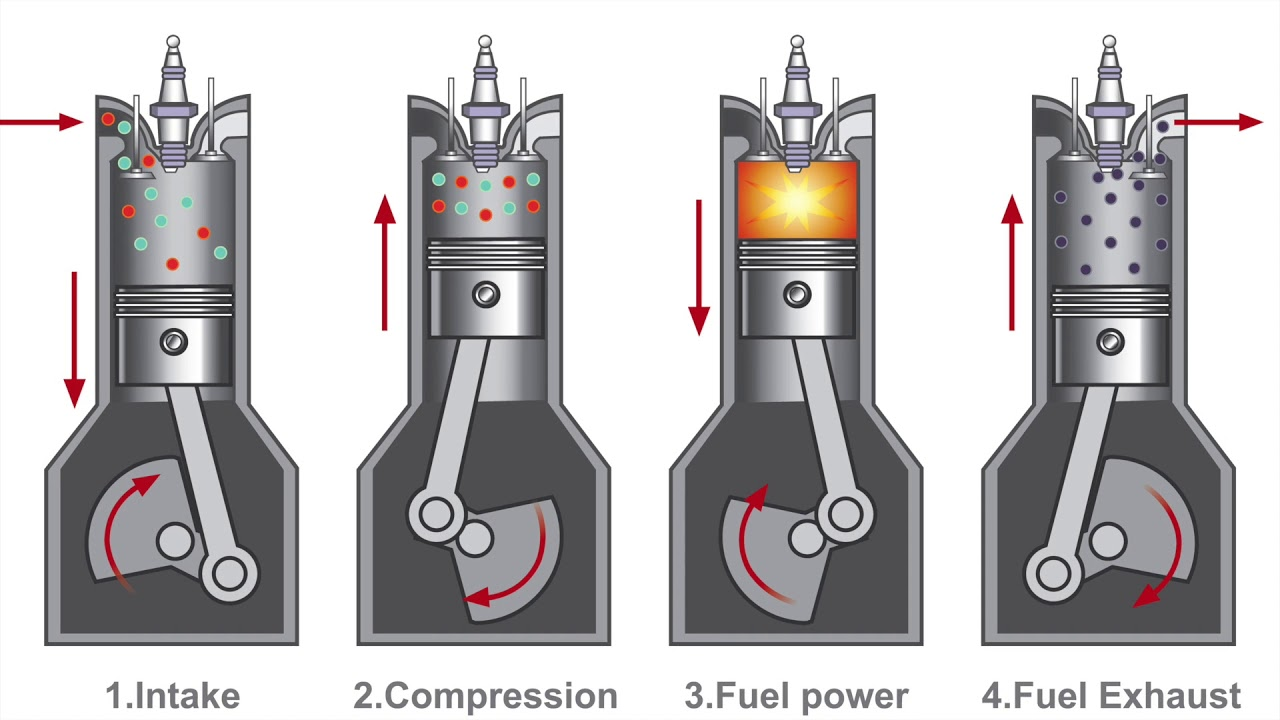 From what I could find, in normal turbine engines (like turbofan, turbojet, turboshaft, etc.) the combustion chamber works by a continuous flow of extremely compressed air that continuously expands towards the back, spinning the turbine and continuing the cycle.

Also, I suppose you wouldn't like it to run as fast as a conventional pulsejet (because I've read that the Pulsejets used in the WW2 couldn't last more than a single flight), I would think of small compressor, like a turbocharger, but moved by the turbine (or something like that) in small pulses. But again, I'm only making assumptions.

I tried to search for any kind of research about it, but I could only find this weird turbo-fan concept from a Kiberius Aircraft PDF with the title of "PULSE DETONATION ENGINE TECHNOLOGY: AN OVERVIEW" (the link immediatly downloads the PDF file). 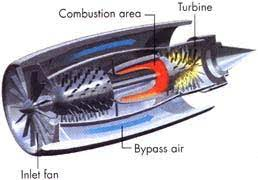 So, in the document says that in the bypass air zone (in the image, page 18) there would be an extra combustion chamber in which would speed up air even more through pulses. But this sounds more like a turbofan-pulsejet modification rather than a pulsejet with a turbine at its end.

Some good thinking here but let's start with the basics:

Pulse jets require a tuned pipe for adequate compression. The design sends a shockwave back from the exhaust pipe towards the combustion area. This wave acts as an "invisible piston", acting exactly as a real one in this sense.

If you take a given mixture of fuel and air with excess fuel, it burns slower and cooler. The flame tends to be orange. This is known as "rich".

As you increase % of oxygen, the flame becomes blue. This is known as "lean". Every welder knows this.

But beyond lean is uncontrollable and dangerous "detonation". Blows up too fast. Not good for pistons or turbine blades.

Bottom line is that compression raises efficiency, rendering even the best pulse jets way behind turbines and piston engines.

However, turbines are much lighter and have less maintenance than piston engines. Turbine efficiency is improving.

Pulse detonation is an exotic attempt to increase the velocity of exhaust gasses for use at hypersonic speeds. Not exactly needed for your Piper Cub.

Interestingly, tuned pipes can help performance of 2 cycle engines by limiting the loss of fuel/fresh air for the next firing of the cylinder. They are commonly seen on small R/C aircraft.

Would a pulsejet/turbine hybrid be efficient?

Well, how do you define "efficient"? Do you have a specific absolute number in mind? Greater 30% thermal efficiency? Greater than 50% propulsive efficiency? It would probably be better to frame this as a relative question, rather than an absolute one. So then we have to ask, efficient relative to what?

If we ask, "Would a pulsejet/turbine hybrid be more efficient than a pulsejet by itself", well, almost certainly yes. By adding a bypass fan driven by a turbine, you can move a larger volume of air at a lower exhaust velocity, and thus significantly improve the propulsive efficiency.

However, that would really defeat the point of a pulsejet. The main advantage of a pulse jet is that it is extremely cheap to both design and manufacture. You have exactly one moving part (the valve, and maybe a fuel pump too). Don't have to worry about computational fluid dynamics to design the blade, precision bearings for the rotor, stresses in the rotating parts, high temperature alloys for the turbine blades, etc. By the time you have constructed a hybrid pulsejet/turbofan, you've introduced all of that mechanical and aerodynamic complexity. At point, the incremental cost to go with a full turbofan is small compared to the huge gain in efficiency that you would get.

Not the answer you're looking for? Browse other questions tagged turbine combustion pulsejet or ask your own question.

10
Why do many large turbofans have a gap (of turbine blades) between the LP turbine and HP turbine?
9
How does the FADEC prevent compressor stall during rapidly increasing thrust demand?
6
Why aren’t diesel piston engines used on aircraft like the Saab 340 or L-410?
4
How to start up a Lockwood-Hiller Valveless Pulse Jet?
4
How would exhaust heat recovery into the combustion chamber affect the efficiency of a jet engine?
4
What turbine blade alloy did the Jendrassik Cs-1 use?
2
Could high density abrasion-resistant ceramic turbine blades allow for the use of borane fuels?
0
Why is it that low fuel gauge is one indication of a compressor stall?
11
Is the compressor required on jet engines? Can air be rammed into the turbine?
3
Are there Hybrid Electric-Combustion Turbine Engines where only the compressor is electric driven?