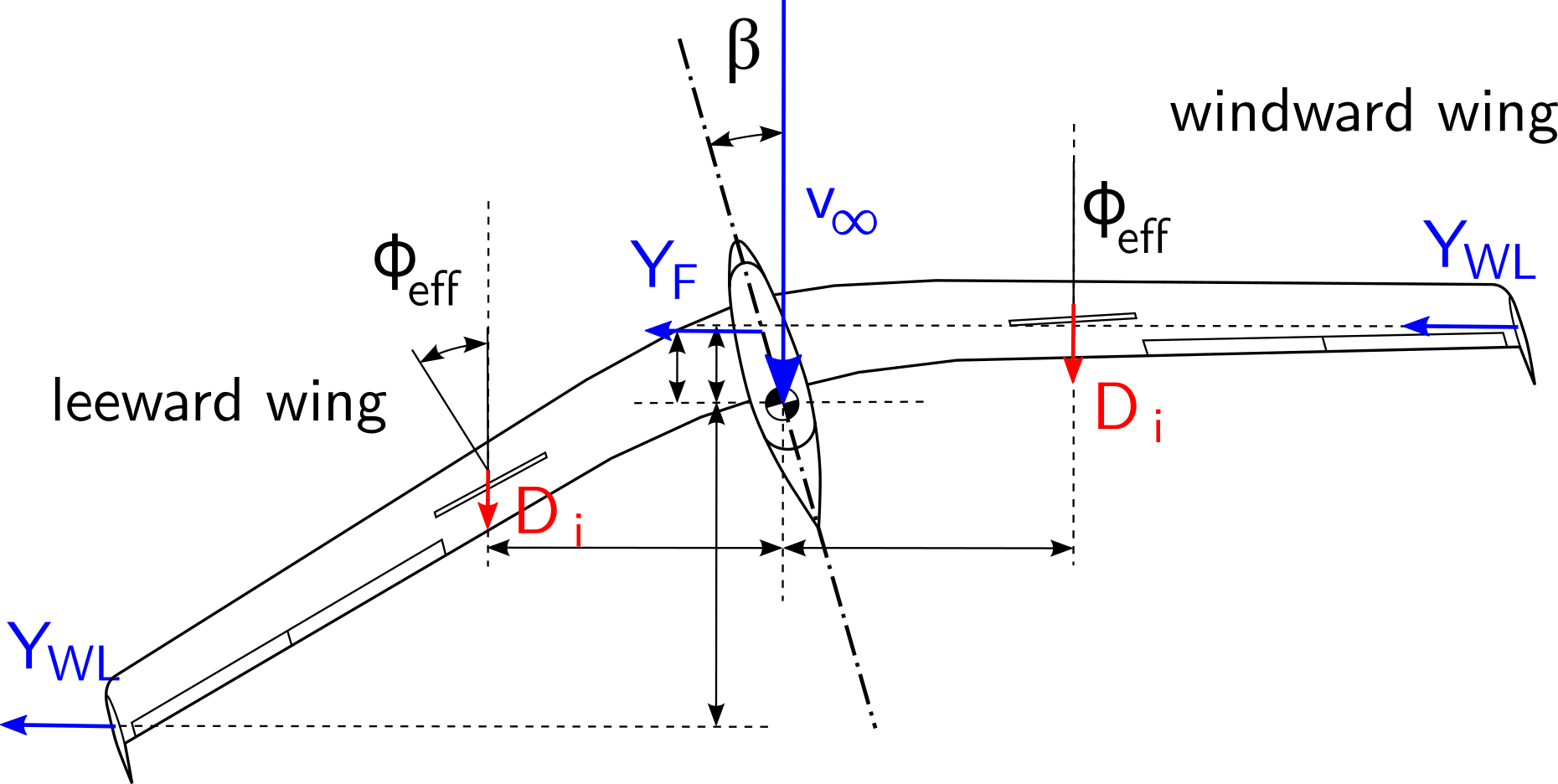 18
Why does rudder cause roll?
22
How does a flying wing keep from going into a flat spin when maneuvering?
36
Why do aircraft need a vertical tailfin, but birds don't? (and lots of fish do?)
19
Why do some military aircraft use variable-sweep wings?
16
What is the reason for the poor low-speed characteristics of sweptback wings?
9
Do all aircraft need to have horizontal and vertical stabilizers?
9
How to recognize the horizontal winglet in the Horten design, or the experimental glider in this video?
9
What is the optimal wing sweep angle for a passenger airliner?
5
Was the adoption of conventional tailplanes as 'everyday aircraft' inevitable, or are there other designs that can be just as good?
8
Where is the spanwise flow? How does the span wise flow point the air towards the wingtip?
See more linked questions

7
Is a horizontal stabilizer necessary on an aircraft with a tandem wing?
36
Why do aircraft need a vertical tailfin, but birds don't? (and lots of fish do?)
7
What is the best design for a small flying wing with special flight envelope?
1
How does wing aspect ratio influence lift and drag?
3
Does dihedral improve roll stability in gusty conditions?
16
Has the construction team of the Northrop Grumann B-2 Spirit made use of the features of the German Horten Ho 229?
4
How does an aircraft designer increase dynamic stability?
2
Are there any aircraft where wing, horizontal empennage and optionally canards produce positive lift?