What instrument approaches can be flown with just a single VOR receiver?

I've been getting ready to do a series of streaming sessions on Microsoft Flight Simulator 2020 that demonstrate the extreme limits of IFR capability. With stuff like the G1000, the Cessna 172 will readily fly itself all the way to the runway if you let it, which is great for safety but not terribly exciting to fly.

There's two aircraft in particular that seem to be barely IFR capable, and I'm interested in flying them IFR.

The Cessna 152 doesn't have any glass in it, just the old school paired nav radios with VOR instruments (and a separate ADF radio) - it doesn't even come with DME even though the real thing usually does. I've sorted out how to locate myself using two VORs, and there's obvious approaches I can fly without DME. The ILS/LOC RWY 11 at Portland, Maine, for example, lets you substitute using the 2nd nav radio to detect various fixes by referencing the Kennebunk (ENE) VOR.

Enter the Robin DR400/100 Cadet - which has only a single nav radio/instrument.

I'd love to really stress-test IFR flight in the thing, but I have no idea how to even look for an approach (precision radar aside) that would be available to such a craft. Is that plane basically vectored visual approach or bust? Or is there something I'm missing when looking at approach plates?

There are many IAP approaches that can be flown with a single (appropriately capable) nav receiver, (e.g. loc, ils, vor). Here is one example (see the IAP below):

On the approach below (VOR RWY 12 at PRC) you can begin the Initial Approach (IAF) from over the DRK VORTAC and fly the procedure turn as published with a single VOR and no DME.

On some approaches identifying a VOR intersection while flying a VOR or LOC approach with a single receiver may be a bit tricky and require switching back and forth between two different frequencies, but unless the IAP specifically requires (as identified in the IAP Title or noted on the approach plate) dual nav receivers, or DME, or RADAR, etc. one nav receiver is all that is required.

Also, note that on the IAP shown at the bottom of the page (ILS or LOC RWY 13 at Chico Municipal) although the Title of the IAP does not show that a DME receiver is required (e.g. ILS/DME or LOC/DME) a requirement for DME is noted in the upper left corner of the IAP plate in addition to the requirement for an ILS/LOC capable nav receiver. 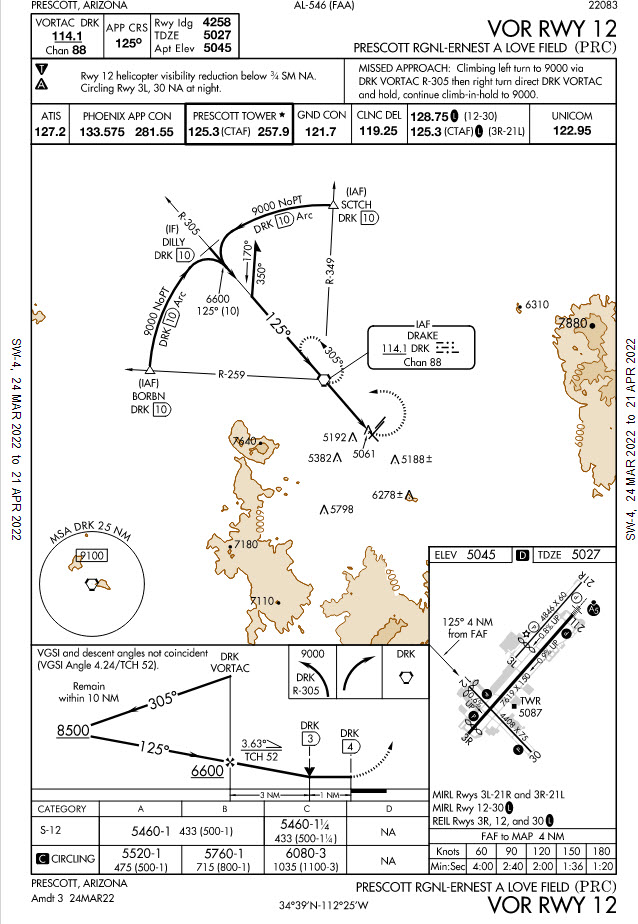 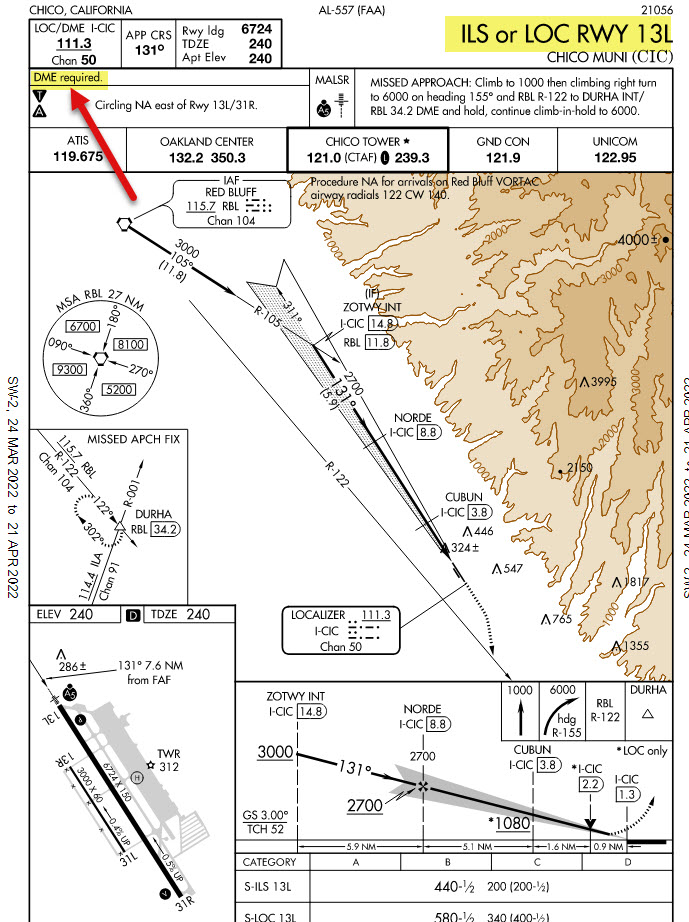 An approach where the VOR itself is your FAF & the MAP is defined by timing would work. Or a teardrop... fly out 1 radial for a defined distance (i.e. time), turn to intercept another radial inbound, then once established you can descend to your MDA; the station is your MAP.

Don't know offhand where such approaches still exist today; they're probably less plentiful now than in times before widespread adoption of GPS.