Could a patient be too large and too heavy for an ambulance helicopter?

On the German news website BILD, there is a short video clip about a patient near Lauterbach being too large and with 150kg too heavy for the helicopter. Another source.

Images on the site show it has D-HUTH written on top, which is the registration for a model EC-135 P2i.

How much of the story is true and how much is overexaggeration?

Since I got asked for references: Normal article, no mention of the size/weight problem, the guy in the video only mentions it when they tried to get him out of the car: https://m.osthessen-news.de/beitrag.php?id=11674876

150 kg being too heavy to lift for an ambulance EC-135 is not very believable. 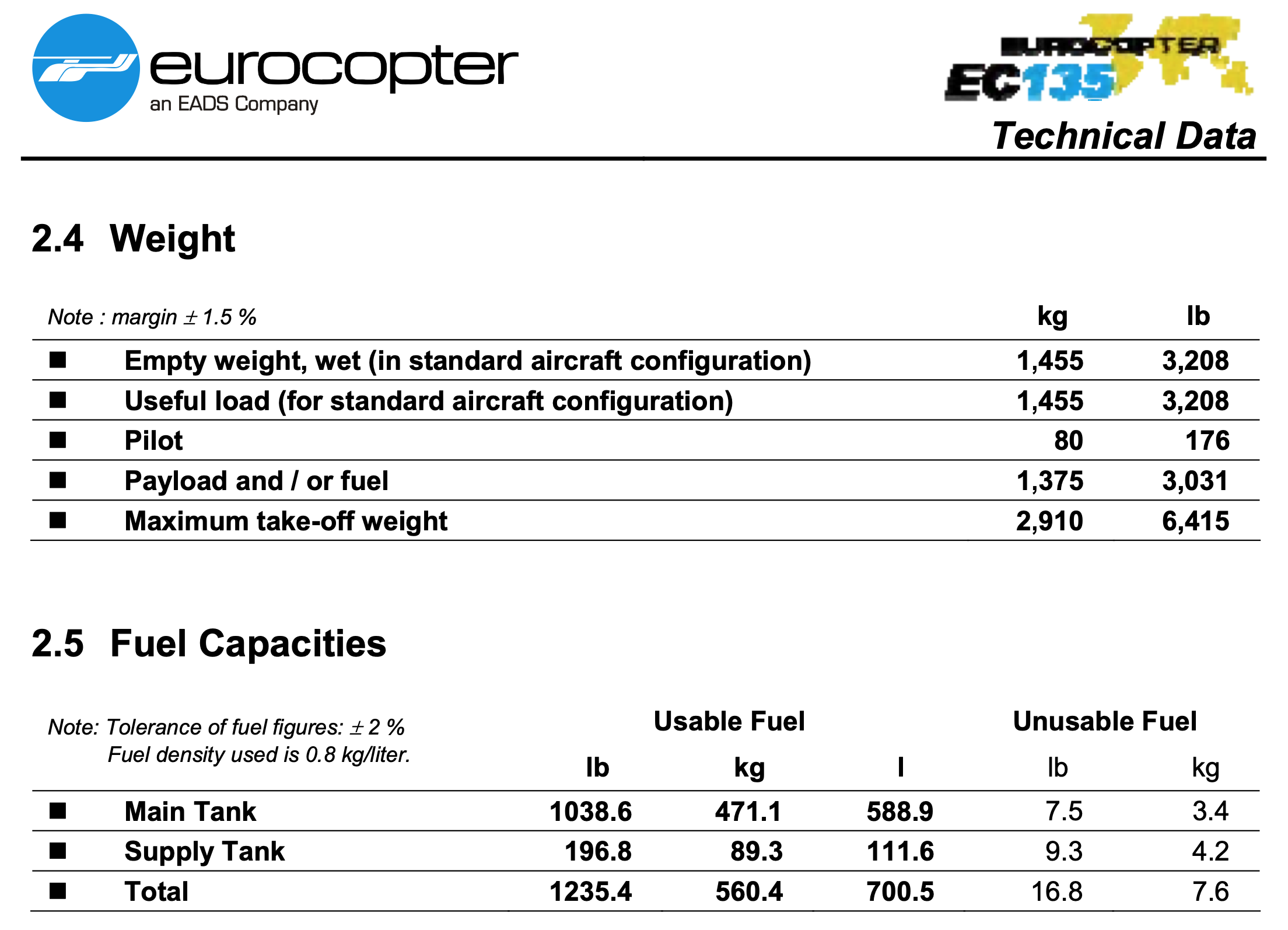 Screenshot above is from this site, stating a max payload/fuel weight of 1,375 kg with one 80 kg pilot on board. With a maximum fuel load of 560.4 kg, this leaves 814.6 kg payload capacity. 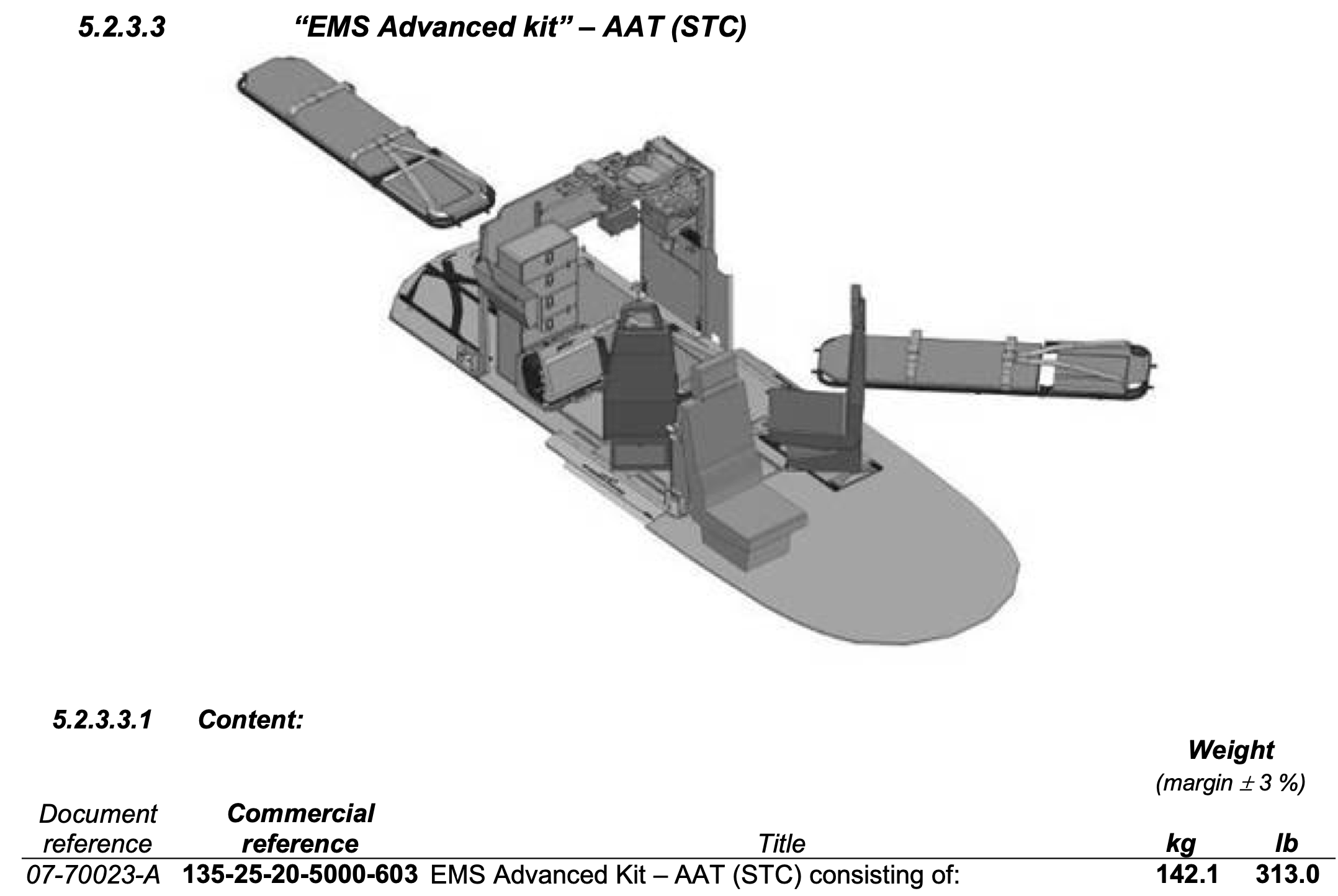 The advanced rescue EMS kit is depicted on page 56, including 2 seats, a stretcher, life support & oxygen systems etc, and is stated to weigh 142.1 kg. With 2 medivac personnel plus a co-pilot of 80 kg each and maximum fuel on board, patient weight capacity would be 432.5 kg - a lot more than the 150 kg that supposedly Bild claimed was too heavy for the helicopter. (Tried to verify on Bild.de but did not want to agree to advertising cookies).

The EC-135 is a twin engine helicopter that can continue flying and landing upon a single engine failure - even taking off with One Engine Inoperative is possible with a reduced gross weight of 2,870 kg @ ISA + 20°C. So even with OEI, a patient of 150kg would be no issue. 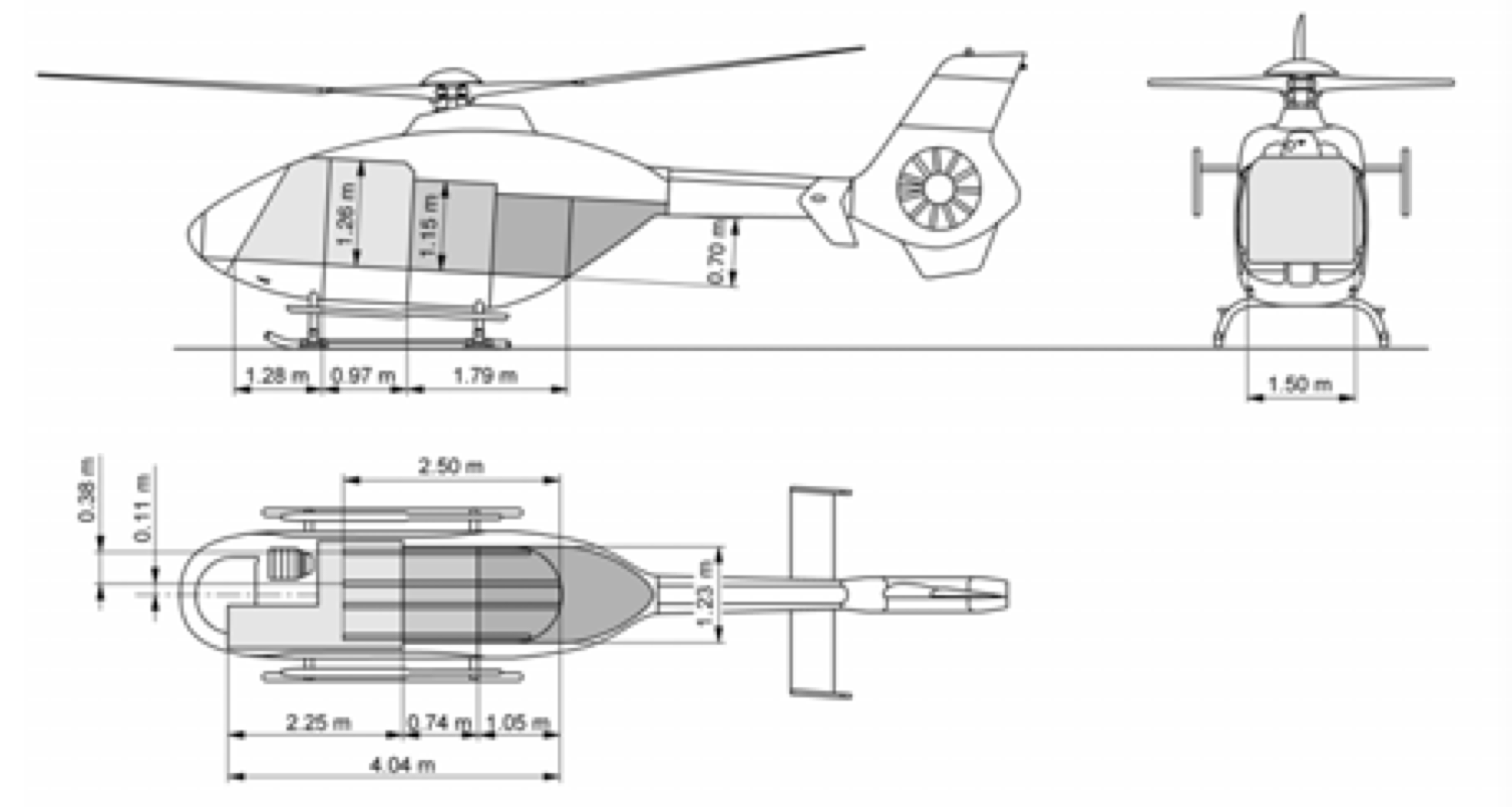 Another possible problem could have been the physical size of the patient. The payload section of the cabin interior measures 2.5m long and 1.5m wide. It is possible to place 3 seats side-by-side - at 50 cm each that would leave about 1 metre width for the patient. Loading a stretcher with 150 kg on board could be an issue with handling - but there are systems designed for handling patients over 300 kg (bariatric patients), as mentioned on this site:

“On the rotor wing operation, Ornge has invested in ensuring we have the right aircraft with the right equipment to maximize support for bariatric patients,” said Pyke. “Our AW139 helicopters are well equipped to handle bariatric patient operations. We have partnered with HeliMods to install a PAL system based on Stryker power equipment. This provides a no-lift solution to loading and securing of patients up to 700lb (318kg), depending on clinical equipment requirements.”

The linked RTL article states in the headline that the patient was too heavy, in the article itself mentions (translated from German):

According to the fire brigade, however, the helicopter flies back without the man, as the 30-year-old does not fit into the helicopter due to his weight and size.

So there was a size and weight issue - indeed perhaps a stretcher issue as @GremlinWranger suggests in a comment, however not a payload issue.

Former helo pilot here.... I agree with the above regarding the overall weight of the aircraft probably not being an issue. Could have been the size of the patient, as mentioned.

But I have two more ideas:

Thanks for providing the links. The EC135 is a fairly large helicopter. No Mi-26, but it's not an R22 either.
Any helicopter of this size is well capable of lifting a larger than average any human.

150kg isn't the kind of weight that could cause such an issue. The flight must have been planned for a 80-100kg person, so the extra 50kg is within the margins.

According to the article,

The maximum take-off weight of 2910 kilos would have been exceeded.

This explanation does not ring true.

The helicopter has taken off from somewhere, before landing at the accident site. It has used up some fuel during the flight. The amount of fuel used getting to the accident site would very likely be 150 kg or more.

Even if the helicopter took off at maximum load and the accident site was very close to its takeoff point, steps can be taken to mitigate it. One of the paramedics can step off the helicopter, for instance.

The MTOW isn't absolute, but a general limit for most cases. It is affected by weather and altitude.

Lauterbach is below 500 meters. The weather in Germany on the day of the event was around +10C. This means full engine power is available and a bit more if necessary (intermediate contingency). When addressing a medical emergency, it's acceptable to operate at the margins.

There might have been some other issue preventing the patient from being loaded into the helicopter. It wasn't the risk of exceeding its MTOW.

As stated by other anwers, the situation was not about weight. With pilot, full fuel and two medical personnel, regardless of the equipment packages there would still be at least 200kg of payload left. The Helicopter was not fully fueled as it had just flown 150km to the accident site.

The reporter has either misunderstood information given, or was given a wrong information.

Most likely this is an issue with the physical size of the patient. A person weighing 150kg is about twice my weight. I'm average size, so if I imagine a severely overweight person with considerable amounts of extra bodily fat (fat tissue is less dense than muscle), the sheer size of the person will be problematic when loading onboard a helicopter. If the person is shorter than average, the problem is emphasized.

It just might be the stretcher - the ones I checked are only rated for 150kg so quite likely this might have been the main issue.

Not the answer you're looking for? Browse other questions tagged helicopter payload or ask your own question.