How to calculate sink rate from wing measurements

First of all, sorry to bother you when I am coming from a bird rather than aircraft background.

I have two questions that I'm struggling to get an answer for.

Firstly, how is sink rate calculated (estimated) given mass, wing area and wingspan? Assume air speed/density and the other variables are known.

Secondly (though this should hopefully become more clear once I learn the answer to the first question), is sink rate affected by aspect ratio? I am assume it has a lot to do with wing loading, but does aspect ratio reduce it much?

One formula for aspect ratio is (wingspan squared) / area. Birds generally have lifting tails, at least when broadly fanned, so it would seem reasonable to include the tail area in the calculation. I'm sure you've observed how raptors typically fan tails and sweep wings slightly forward, while opening the primary feathers as wide as possible, to minimize sink rate (maximize climb rate) in a thermal updraft. This configuration maximizes lift coefficient and also wing (and tail) area, but decreases aspect ratio somewhat.

For a given wing area, increasing the aspect ratio will generally minimize the sink rate, but at the low Reynolds numbers experienced by smaller birds this is not always true. 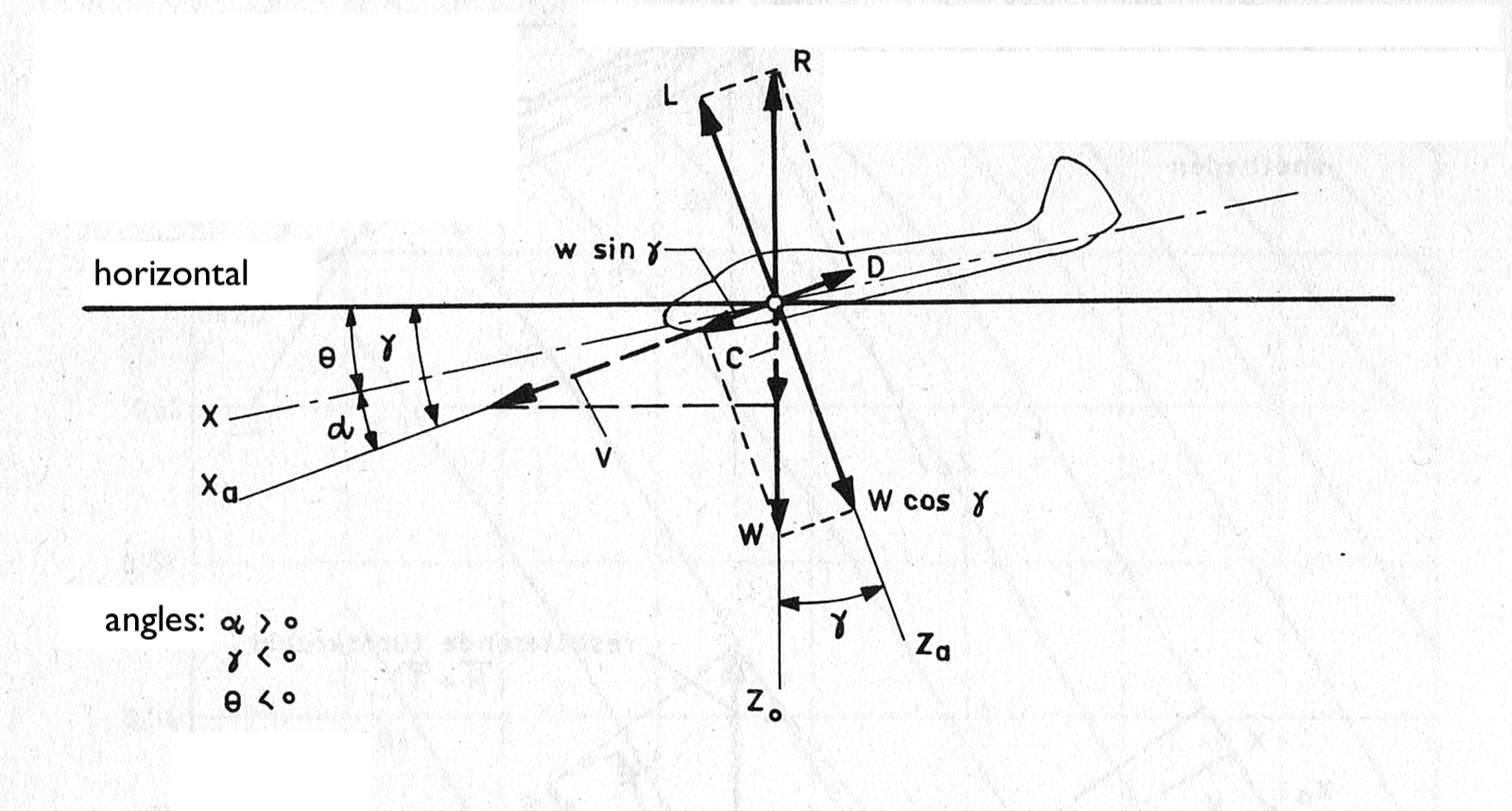 From the Lift Equation we have:

Coefficient is Angle of Attack of a given airfoil. This data can be found at airfoiltools.

If you know your weight, design airspeed, fluid medium density (generally of air) and Coefficient at optimal angle of attack, Area can be calculated.

Sink rate (for a glider) will determined by the amount of drag produced at a given velocity to make Lift. Drag is equal to the amount of forward force (provided by gravity) to keep your velocity constant. This force is readily obtained from the glide ratio × the aircraft weight or can be deduced from the Lift/Drag ratio of the airfoil plus the form drag of the aircraft.

So now you test your sink rate at various airspeeds to build your sink rate vs velocity curve. We can see induced drag will be greater at lower speeds, and form drag is higher at greater speeds. The lowest drag value for the sum of the two is Vbg.

Too small a wing means too much speed is needed, too large is simply adding extra weight and drag.

If you get this far with a good strong rectangular Aspect Ratio 8 wing, glide ratio can be improved by increasing AR to 10 or more, at the expense of strength. This is more fine tuning. Gliding birds, such as albatross, have high AR, whereas acrobatic birds, such as hawks, favor lower AR strength.