I am trying to convert 2d Cl data obtained from javafoil for a NACA 4412 into 3d data to be used for analysis of the airfoil, but cant find any equations online 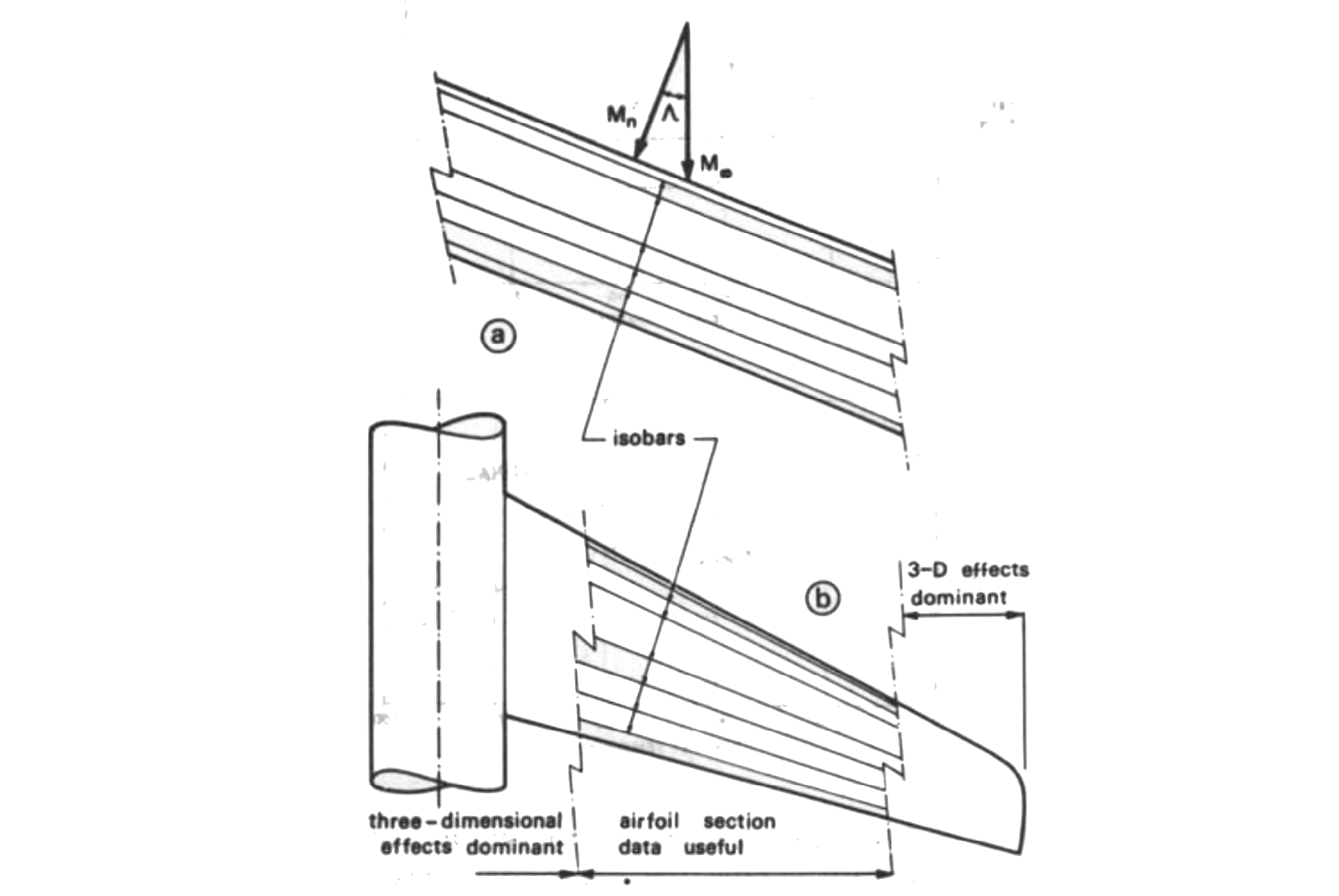 Local $c_l$ is a function of local angle of attack $\alpha$. Along the integral, the local $\alpha$ and therefore the local $c_l$ will vary because of:

with the last two effects most noticeable on swept wings, as depicted in fig 7-19 of Torenbeek. Also, the local chord $c$ changes due to the taper ratio of the wing, and the local stream velocity V will change as a function of interference with other bits of the aeroplane. So in order to compute the 3D wing data, the wing configuration must be known. The integral can be solved mathematically if the functions of $c_l$ and $c$ and V along the wing span are known.

Even then there are issues with the local streamline fields that are hard to capture in an equation, and comparison with statistical data of existing aircraft wings is useful. So are Computed Fluid Dynamics and wind tunnel measurements

-3
What would be a good way to present airfoil performance diagrams and requirements to aircraft designers?

10
Does lift coefficient vary with the wind velocity for a given angle of attack?
2
Where can I find the aerofoil geometry of a commercial aircraft so as to design it in CAD software?
6
How do I choose the correct NACA airfoil for my requirements?
2
How to transform a NACA airfoil into a near-circle using the inverse Karman-Trefftz?
1
How can a NACA2312 airfoil or similar have a camber location from 30 to 39% without a change in airfoil name?
2
Do Alaskan bush pilots generate a Clmax of 5 with 90° flaps?
1
How to turn inviscid data to viscous?
0
How to solve normal and axial aerodynamic force coefficients integral equation to calculate lift coefficient for an airfoil?