How would a belt sander wing perform?

This is a theoretical question, the belt sander is an analogy to help visualize. How would a rectangular wing that is able to make its outer skin circulate around the airfoil perimeter perform?

Feasibility issues aside, would this contraption help delaying airflow separation at high AoA ? 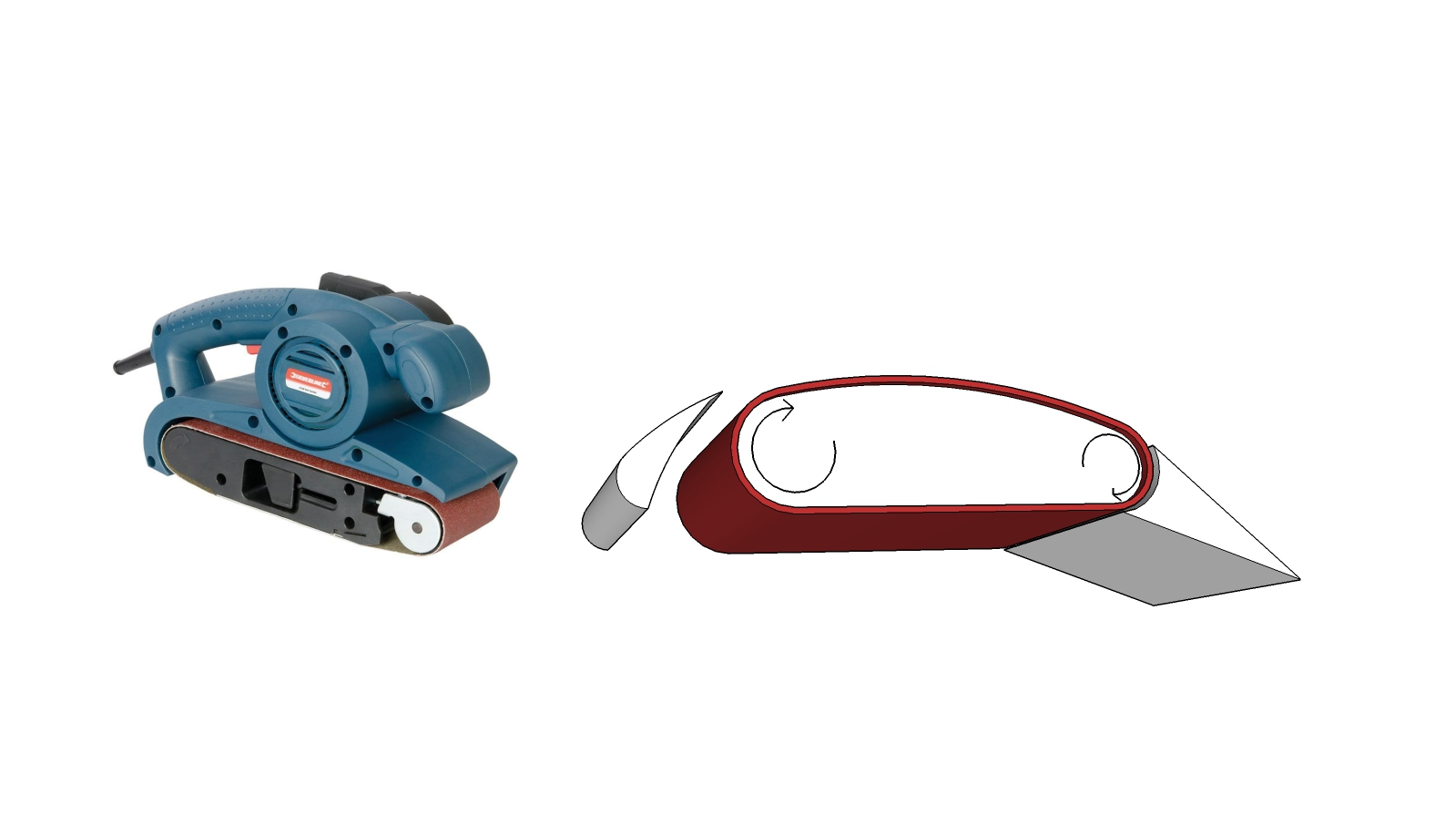 RE "Feasibility issues aside, would this contraption help delaying airflow separation at high AoA?":

According to a team that tested it, yes:

The major advantages of a Magnus effect device are high-lift forces or rather high wing-loading and stall resistance [...]

Their design housed the treadmill in such a way that only the upper moving surface is exposed. According to their tables, they tested only up to 5° AOA. They acknowledge the complexity and added weight—and I'll add to that, reduced thrust and fuel capacity to power and house the system, respectively.

Side note: if the goal is not a novel STOL RC plane, one popular and tested method for high AOA is leading-edge root extensions (LERX).

16
How would an Inverted Delta Wing planform behave, Straight part forward? Are there wings shaped this way?
4
Would solar panels on the wing of an aircraft increase drag?
2
Would there be any advantages to a wing with a concave upper surface?
8
Would a slotted "wing" work?
3
How can I find the optimum chord wing length for this wing?
1
How can I calculate CLmax for a wing with multiple airfoils?
2
Why does the effective alpha/CL increase at wingtip of swept wing?
2
Blunt noses subsonic drag - why a complete ellipse?
1
For subsonic aircraft, would adopting a higher wing loading decrease drag?